Taking a solo trip to Hornbill Festival held during the first ten days of December each year is an experience in itself. The cultural extravaganza and the traditions on display are something that city folks have no clue about.

History, topography, art, culture, past and present lifestyles, worldviews – everything is at display in Nagaland during the festive season. I got to know a lot about all of these such aspects of Naga life. That too straight from the mouths of the Nagamese people.

If you’re one of those people who like to experience cultural extravaganza all by yourself, try taking a Solo trip to Hornbill Festival. It’ll be worth the effort and the time invested in the beautiful region.

As somebody who has experienced the Hornbill Festival first hand, I would like to share some basic travel information about the same. This will help you know more about this unique festival.

Nagaland During the Hornbill Festival

If you are on a solo trip to the Hornbill Festival in Nagaland, you will be able to witness the sense of joy that prevails across the state. The energy, efforts and emotions that are put into the preparations for this event are immeasurable

During the ten days of celebration, the people always set aside past differences, conflicts and everything else from business matters to personal ones. They clear their mind to enjoy and celebrate with everyone – friends, family and even those they don’t get along with otherwise.

When the Hornbill festival commences, the state capital of Kohima is replete with emphatic parties and this energy can literally be seen flowing through the streets. If you are an outsider unfamiliar with the nuances of the dialect and demeanour of the locals, don’t worry.

The locals will help you out with everything and the only thing they ask in return (at least they did so with me) is to sit down, chill and have a beer with them. Now that’s something you rarely experience. During the day, the Nagamese people might appear stolid but once it’s time to head to the Kisama Heritage village for the festivities, you will get to see a completely different side of them.

Where to Buy Tickets for the Hornbill Festival?

Procuring tickets for the Hornbill Festival is easy. You don’t need to overthink or pre-book online. Tickets to the festival can be availed at the venue from the gates itself.

The tickets are extremely cheap so don’t worry about them affecting your budget in any way.

A single ticket would cost you 20 INR only. If you have a camera or video recorder with you, expect 10 to 20 INR more. But that is it. 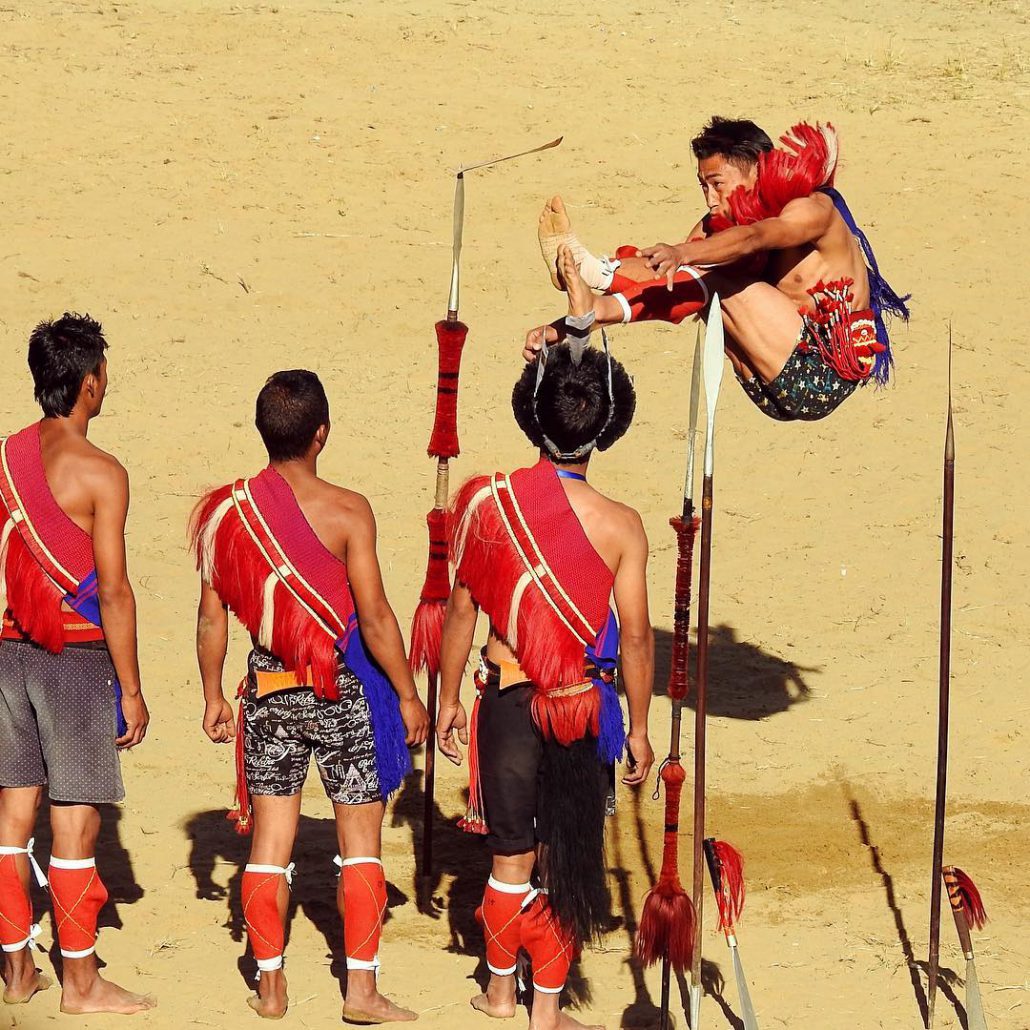 At the Hornbill Festival, the local tribes showcase some of their most impressive acts. Picture credits: Anne PR

What does the Hornbill Festival Entail?

As a traveler taking a solo trip to Hornbill Festival, you will get to see traditional dances and other performances by the members of all the sixteen Naga tribes in their traditional attire. These captivating performances and the live portrayal of the culture, art and tradition of the tribe will definitely leave you with a positive feeling.

The music that keeps playing at each of the tribe’s stalls is engrossing. When I was there, I heard everything from their local country music to John Denver and even David Guetta. The music they liked and suggested was way better than any of my friends had ever suggested to me back home. The Rock concert and competition held to promote and encourage rock bands from all over India is like a cherry on top.

The plethora of incredible and lip-smacking Nagamese delicacies at the festival venue as well as in the Kohima town are definitely tempting. Red meat preparations like Pork stew and beef stew (banned in many states across the country but not here) are people’s favourites and they live up to all the hype and reputation.

What’s a festival without a pint of local beer? hence indulge in savouring some sweet and tangy, frothy rice beer – Zutho (a local preparation). Zutho is the right drink to chase down the pork/beef stew and bamboo shoot. A few pints of this slurry drink will put you in a euphoric state. It has a slight resemblance to the Sake of Japan.

People from all walks of life, be it musicians, artists, travelers, biker groups, and families come to indulge in the fun and frolic. I met a biker group of about 40 to 45 bikers who had ridden up from Manipur.

A farmer’s market is also set up to support and promote local farmers. Organic farm-fresh fruits, vegetables, teas and coffee beans are available at very affordable prices. The kiwis and oranges I tried had some of the finest juices I had ever eaten. 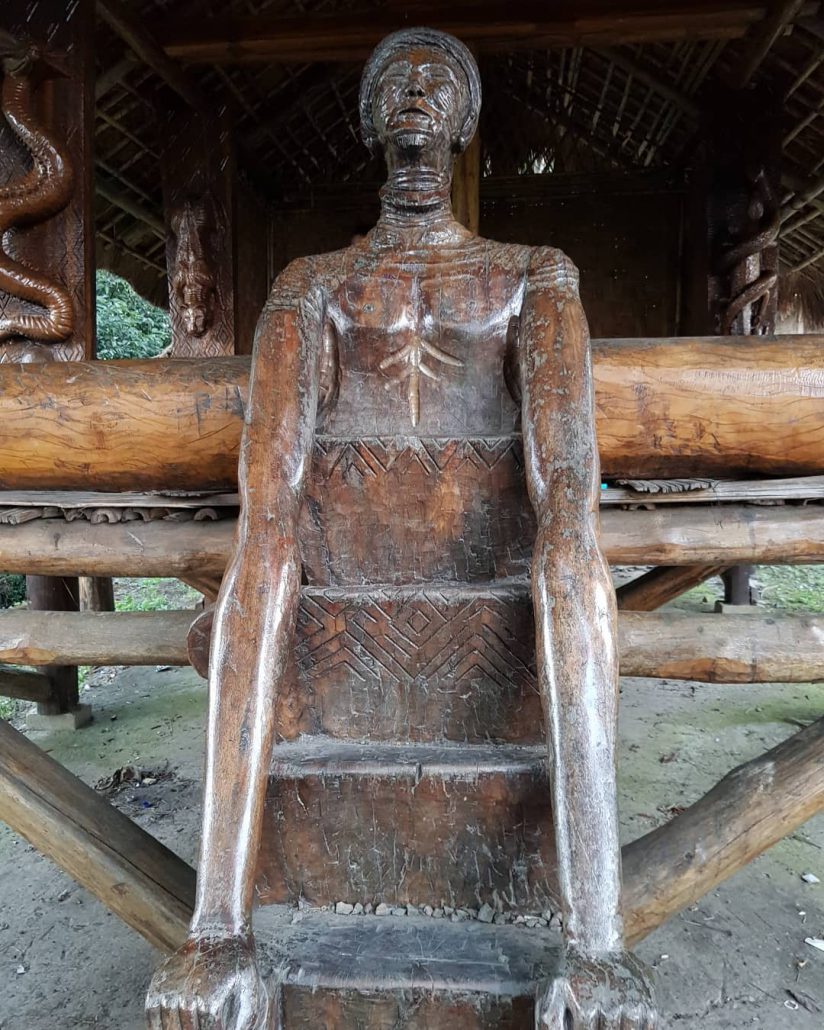 Fine Naga art at its finest. While at the Hornbill Festival, observe the craftsmen and their nice work. Picture credits: Jibon Sharma

My Suggestions on What to Do at the Festival

Based on my personal experience, I would insist on anyone who is taking a solo trip to the Hornbill Festival to most certainly try out the following things.

As somebody who is on a solo trip to the Hornbill Festival, comfortable accommodation is an absolute must. Without it, your travel experience will be marred. So try booking a good stay option in advance.

I’m elaborating more on the accommodations below.

Accommodation Options in and around Kohima During the Festival

You won’t find accommodation in the sophisticated hotels in Kohima during the festival unless you pre-book your stay. The most preferred and easily available options are homestays wherein you can stay with a family in their home and they provide you with the bedding and even meals if you choose that option.

During the Hornbill Festival, many camps also open up on the outskirts of the town. These establishments offer accommodation in the form of two-person tents along with meals. The camps are a great way to meet new people, bond with them and experience how it feels like staying in a tent.

For those who are hell-bent on staying in proper hotels, try booking at Dimapur, a city around 70 km ( a 3-hour ride away from Kohima). If you are willing to endure the commute, then Dimapur is suitable for you. To book hotels in Dimapur, it will be best to use online booking websites.

Every festival has a lot of history, mythology and other important aspects behind it. It is important that as an individual who is taking a solo trip to Hornbill Festival in Nagaland, you know about all the details related to it inside out.

So before I conclude my blog, I would like to share all those details with you. When you witness the festival first hand, you surely will understand it a lot better than somebody who hasn’t read as much. 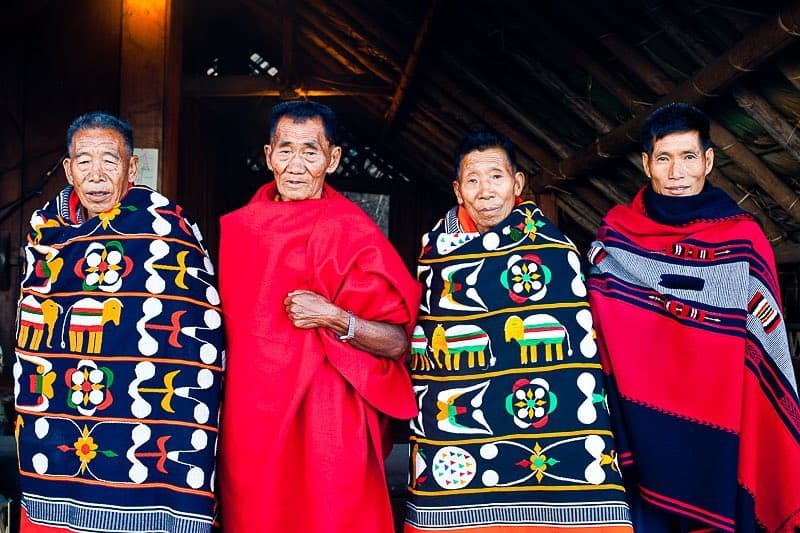 Interesting Facts About the Hornbill Festival

The Hornbill Festival is a delightful event and some super interesting facts about it must be shared with everyone who is up for attending it in the future. Hence, sharing a few known facts based on my knowledge with all of you.

All in all, this spectacular destination with its oozing culture and tradition, nestled in the mountains is definitely worth all the hassle it takes to reach here. You will be mesmerized by the tribal culture and the sublime nature where it has blossomed over hundreds of years.

Swinging to the rhythm of music during the festival, sweating bullets while trekking up the Japfu peak and to the Dzukou valley and getting immersed in the various tribal activities and rituals – this is what awaits you in Nagaland. 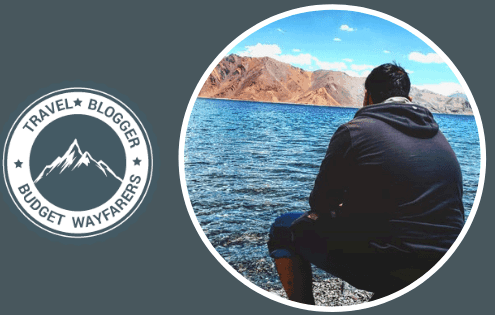 Aniket has been a transfixed traveller since high school. He travels with the intention of becoming one with his destination and all of its elements. He likes visiting places where nature expresses itself to the fullest and leaves him spellbound. He shies away from photography even though he takes good pictures. Engineering dropout, Aniket is a freelance content writer and has made travel writing his priority. He wants to be a polyglot who can speak at least four languages. Lastly, he likes his coffee black and neat- just black, no sugar, and no cream. Reach out to me on Instagram and Twitter