How To Travel Responsibly in the Land of the Rising Sun?

Have you been asking yourself the very pertinent question, “How do I travel responsibly as a traveler in Japan?” Well as somebody who has spent more than a decade of her growing years in Japan, let me help you with the list of important things you can do as a responsible traveler in Japan.

Japan has become a widely popular tourist destination and for good reason. In between the limelight of its advanced technology and one-of-a-kind cuisine, there is cultural heritage, natural wonders, and so much more to explore!

| How to Travel Solo in Japan as a First Timer |

Responsible traveling calls for a lot of learning; whether it’s respecting custom, staying environmentally conscious, or picking up a new language.

While experiencing exciting adventures and cultural heritage, here are a few things you can do as a responsible traveler in Japan –

Manage Your Waste Well In Japan

Japanese streets (whether you are visiting the city or the suburbs) are lined with trash cans. Vending machines and convenience stores are commonplace; most if not all, maintain trash bins for burnables and non burnables etc.

Japan segregates their waste in multiple categories , so when presented with the facility, dispose of your waste correctly and prioritize recycling.

As a traveler, there are multiple train and bus travel packages that you can invest in to make travel as easy as can be.

Repay The Japanese People With Their Kindness

It is ingrained in Japanese culture and custom to treat guests, customers, and even strangers, with respect and kindness.

Though it may not be something we practice in our home countries, there is no harm in smiling back at people on the train, or saying thank you after receiving your goods from a cashier.

Refrain From Speaking Too Loudly Or Eating During Public Transportation

There are a few unspoken rules when it comes to public transport. It is considered rude and somewhat obnoxious to be loud and eat (however discreetly).

The Japanese people are quite reserved and keep to themselves, yet you musnt mistake this for a standoffish or unwelcoming attitude, but simply a part of their culture.

Bow And Offer Thanks To The Japanese Folks

A bow can be a show of respect as well as a signal of thanks. The deeper the bow, the more respect you are suggesting.

In most circumstances, a small bow with a short thanks is enough to showcase an understanding of the culture.

Familiarize Yourself With Important Japanese Words

Japanese, though tough to learn, comes in handy during travel, while making purchases, asking for directions etc.

Having a few phrases and descriptors off the top of your head is sure to establish some sort of communication with the average native speaker. Rural Japanese areas may have fewer English speakers, which makes it especially important to be able to comprehend the language.

The Japanese people and society hold a high regard for structure and order. It is what makes Japan the symbol of discipline, that it is today.

It is important to maintain ques and lines, even though this may not be customary in your home country. It is a practice of both patience and respect.

It is commonplace to see healthy young adults and middle aged people give up their seats on trains or buses, for those that might need it more.

This is an expression of humanity that has been ingrained in Japanese culture. It is always good to stay aware of these types of customs because they entail an easier commute for someone who needs it.

Japanese people commonly use cycles as a means of travel to nearby locations. Japan makes this easy, with cycle friendly roads, bridges, and even highways.

Not only does this serve as a workout, but it also strays away from any sort of fuel or battery usage and is environmentally friendly.

Use Your Own Chopsticks While Eating

It is common to receive single use wooden chopsticks with a store bought o – bento (lunchbox) or quick meal.

However it would be a more environmentally conscious choice to use your own chopsticks instead. Reusable chopsticks can be bought with a case, and can be washed after use as well.

Japan is a very walkable country. There are pedestrian footpaths for every street, and even compact cities find ways to provide wide footpaths for walkers.

Japan is blessed with the cycle of all four seasons, which gives all weather its own charm to walk through. From the skyrise buildings of the city, and the picturesque nature of the suburbs, everything is a sight to see (with included health and environmental benefits)

Return Lost Items To The Cops

If you find an item such as a wallet, a credit card, or metro pass, it is always advisable to hand it over to a local police station.

You can find police stations in the close radius of any metro station, after which you can enter the item into a lost and found. If you are to lose an item, there is every chance someone else may have put it into the lost and found for you to find.

Japan uses hot spring waters as communal baths referred to as Onsen. Men and women are segregated, and it is necessary to enter nude. It is also required to shower and wash off dirt before entering the bath.

Most Onsens do not permit entry in the case that you have tattoos. It is important to remember the rules and etiquette to communal bathing, as they are nothing short of strict.

It is of utmost importance to remove footwear before entering a Japanese home. Upon entering the house, there should be a designated shoe rack for outdoor footwear.

Traditional Japanese families tend to eat on tatami mats (straw mats), which are laid out on the floor. They prefer that no dirt or grime enter their homes, though you may wear indoor slippers.

With the highrise buildings of Tokyo and the multi floored subway layers, escalators are everywhere.

It is important to remember that you place yourself on the right of the escalator if you are to walk up it, but if you are choosing to stand, you must keep to the left.

Tipping can at times be translated as a rude gesture in Japanese restaurants.

It is understood that you are paying for a good service, and to respect their pride and dignity, it is advisable to not pay any extra money.

Remain Punctual In The Land Of The Rising Sun

Japanese people are famously known for their punctuality.

Oftentimes, train drivers will apologise for arriving too early. In some cultures, it may be normal to arrive late, but in Japan, it is recommended that you arrive early if not on time (the train won’t wait for you!)

Japan has become a widely popular tourist destination, and for good reason. In between the limelight of its advanced technology and one of a kind cuisine, there is cultural heritage, natural wonders, and so much more to explore. So respect the place. Honour its being! 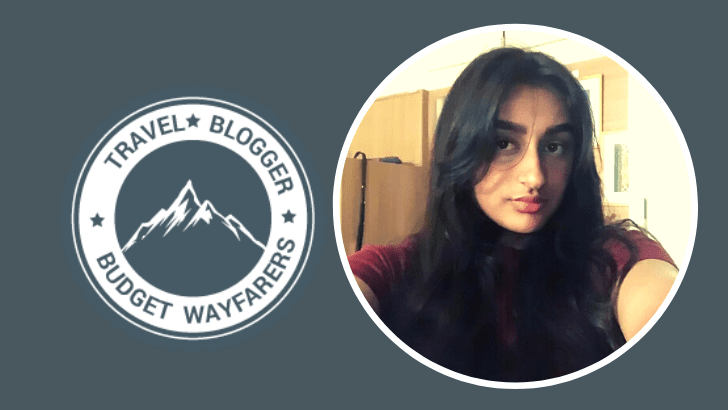 Saachi is a 17 year old teen based out of India who has spent close to fifteen years of her life in Japan. She values Japanese locales, culture, heritage, mannerism and eco system deeply. Saachi is an emerging Environmental enthusiast who values the twin concepts of Responsible Travel and Sustainable Development.