Old Trafford: The Bequest for Every Manchester United Fan

Old Trafford tour and travel guide will prove helpful for all first-time visitors to this football haven. The place is sanctimonious for die-hard football fans, especially MUFC. Not only should the Old Trafford tour be undertaken by Manchester United fans but also by any first-time traveler to the city of Manchester.

The stadium is popularly known as the “Theatre of Dreams” which opened its doors for the fans to the world of passion and game. It offers its visitors a grand stadium tour followed with walking down the lane to the football ground. 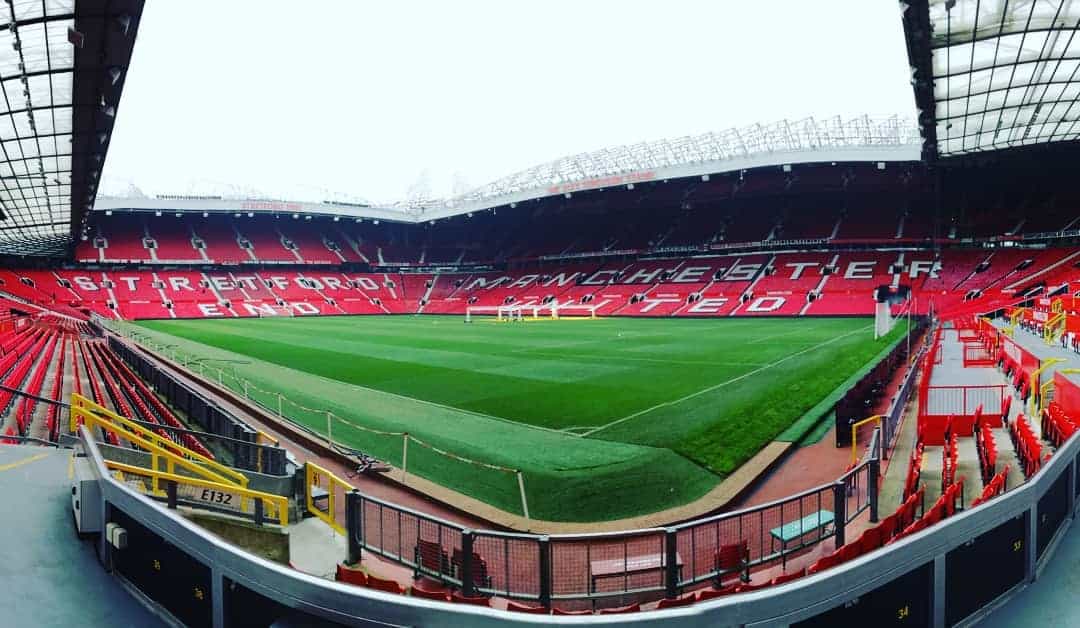 Old Trafford is a football stadium located in the city of Manchester, England. Photography by Steven Mallia

Let’s take a look around at what Old Trafford tour offers you.

Taking a throwback on to the formative years, the Old Trafford Football stadium was formed in the year 1902. The stadium was originally designed by the architect named Archibald Leitch who belonged to Scotland. The stadium was earlier designed to host 100,000 audience members followed with the different stands representing their own significant seating patterns. The estimated budget for the construction was calculated to 60,000 pounds. But due to the increase in the budget during the construction, the capacity of the stadium was then reduced to approximately 75000.

The stadium hosted its first football match in the year 1910 where it became a host to the Liverpool Football Team. The stadium also became a depot to the Second World War during the year 1936 and faced damage due to the bombing. After suffering all such dreads, the stadium was then transformed to an all-seater during the 1980s after the government’s demand for the conversion. Since then, Old Trafford had undergone various other expansions including the development of different stands, The Trophy Rooms, and other attractions were added in the 1990s and 2000s. The Old Trafford tour makes visitors go the memory lane. 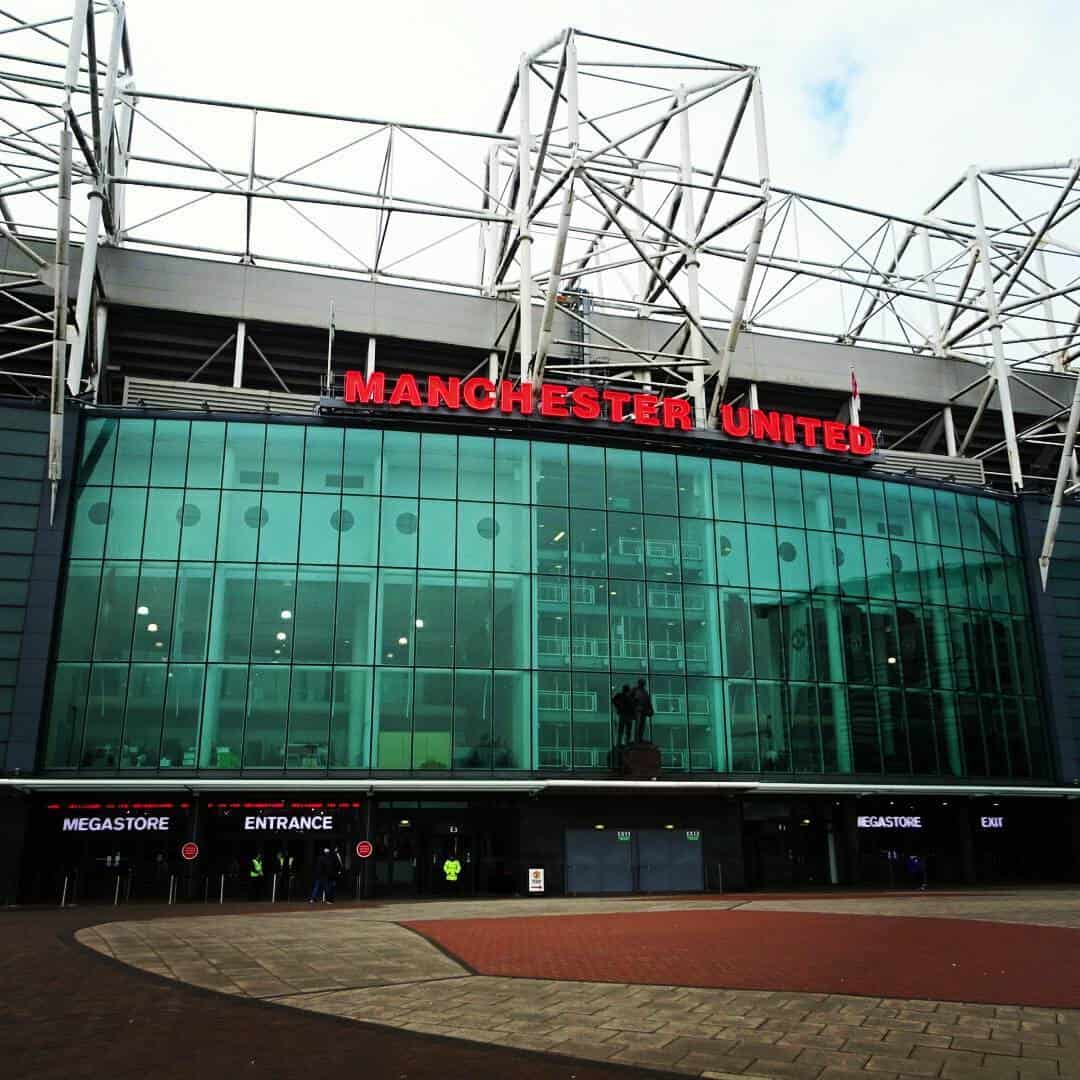 Old Trafford is home to the Manchester United team. Photography by Kawamura Hayate

Old Trafford Tour to the Stadium: Theater of Dreams 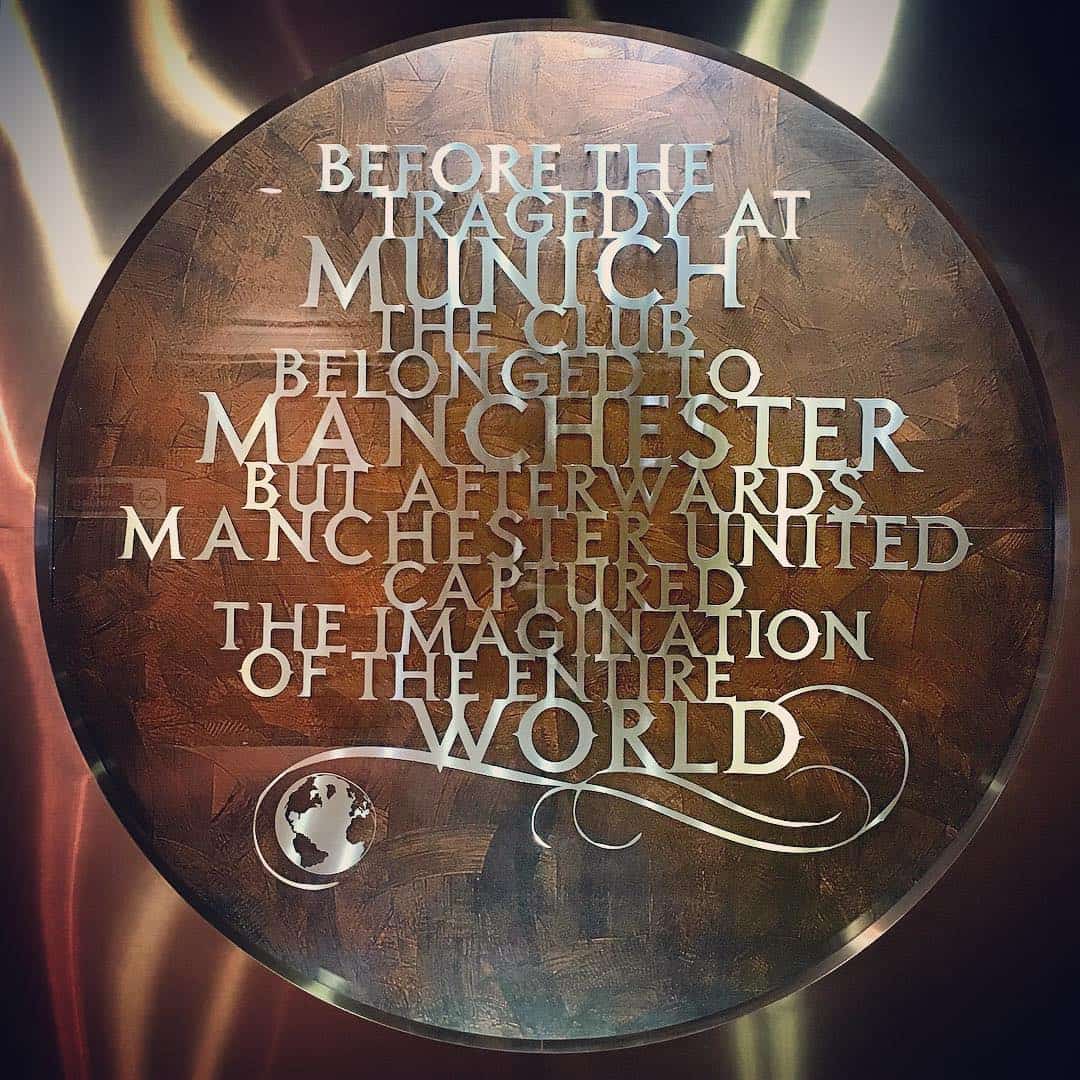 In memory of the Munich air tragedy. Photography by Asher Tan 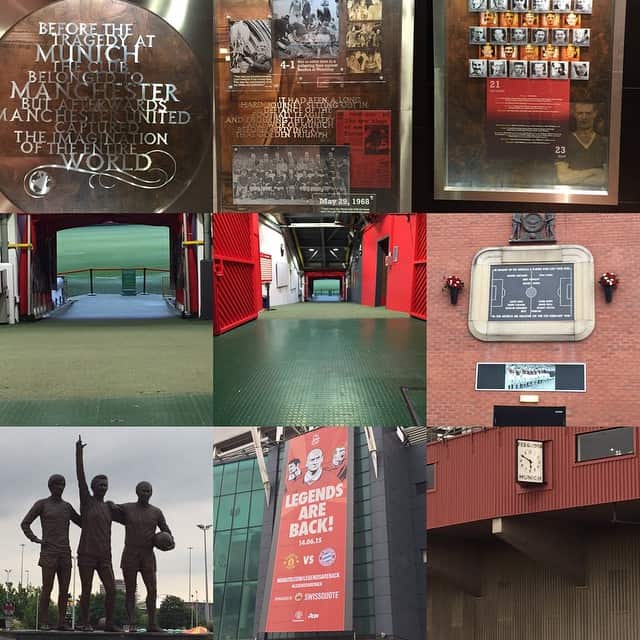 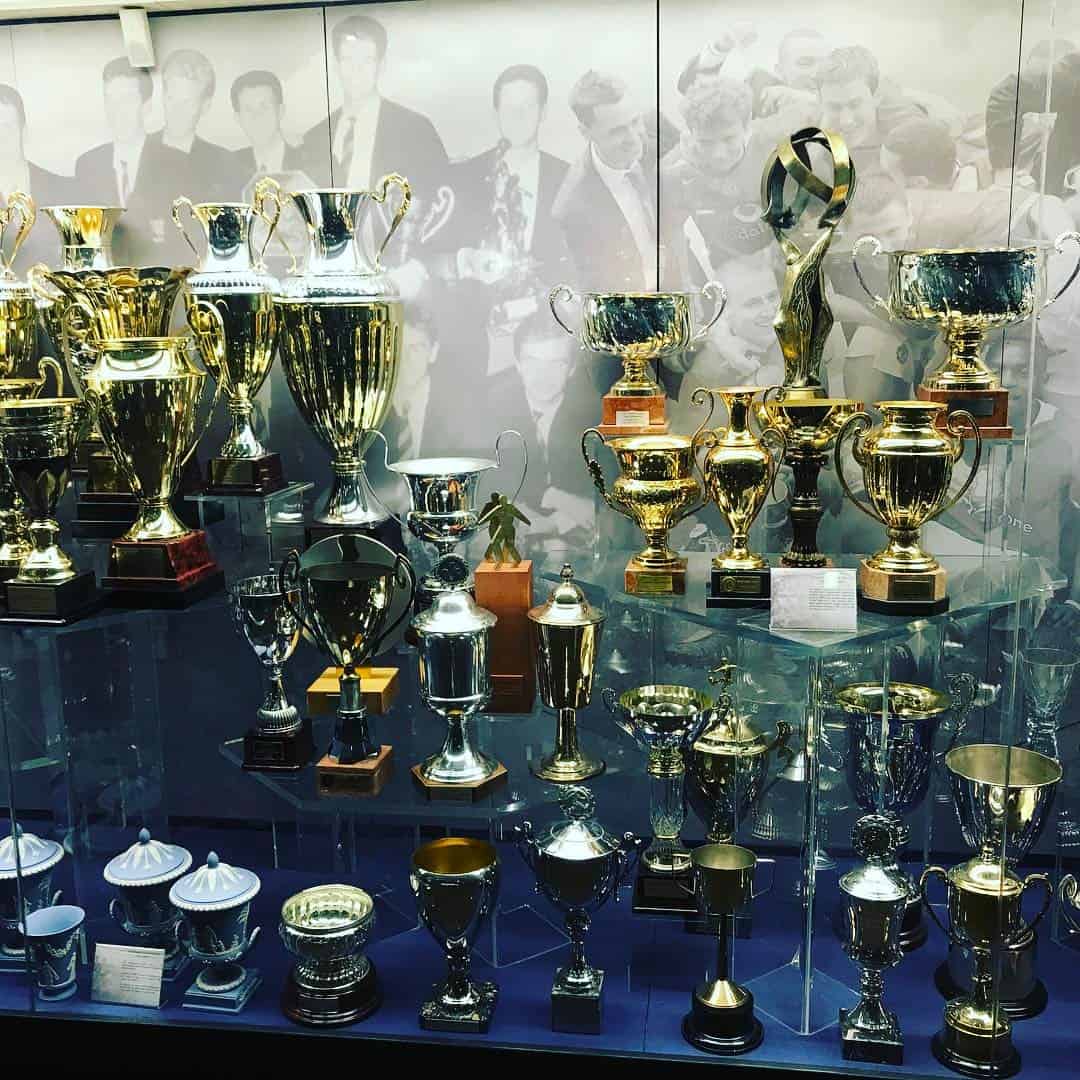 Though there are enormous options available to stay around the city but what I’ll recommend is to stay somewhere near Old Trafford which gets you directly to the stadium via tram.

Note: The exciting part about booking hotels in advance is that you get a good discount overbooking and who knows your stay before the Old Trafford tour costs you just 15 pounds. 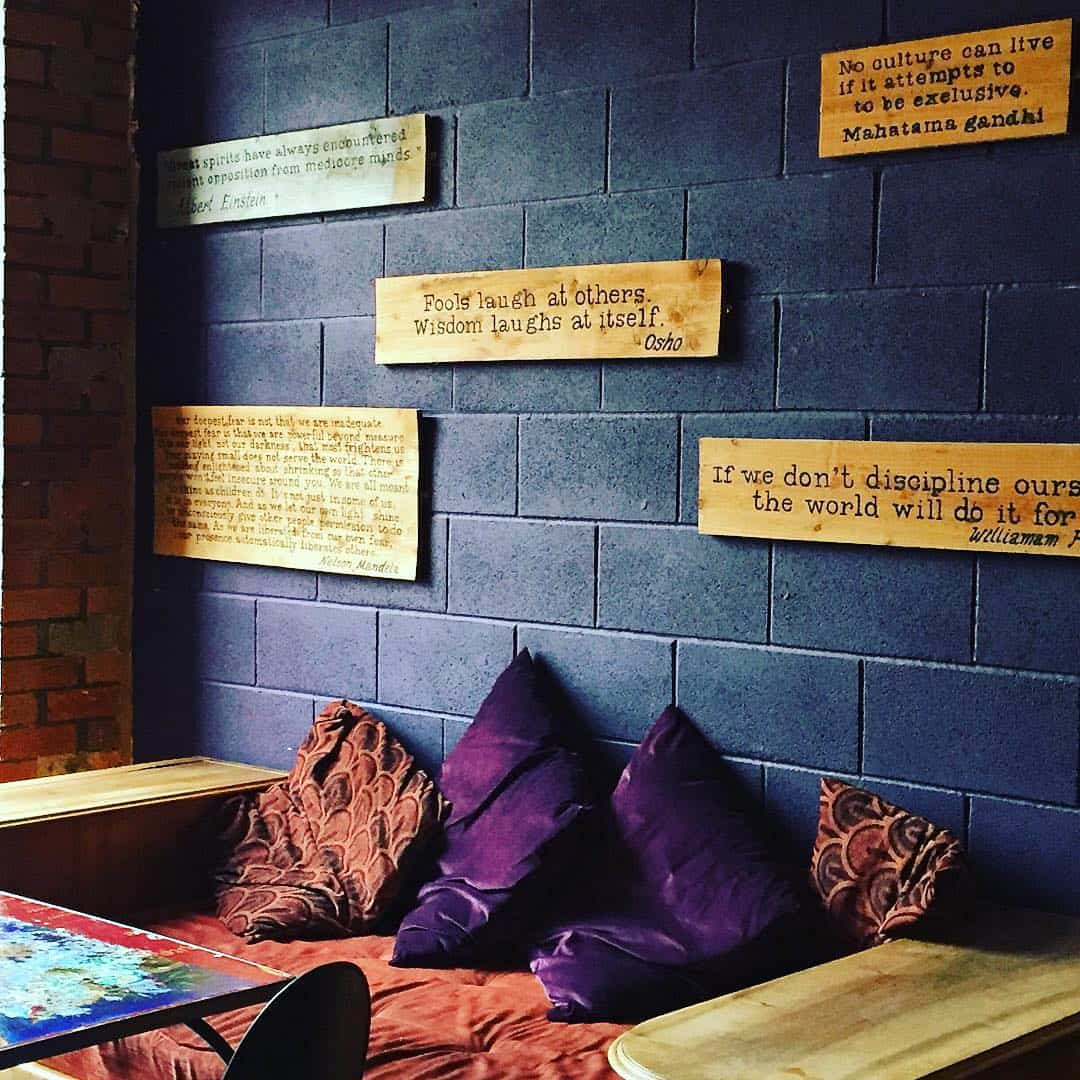 A room inside Victoria Warehouse Hotel. Photography by Cadi Lambert 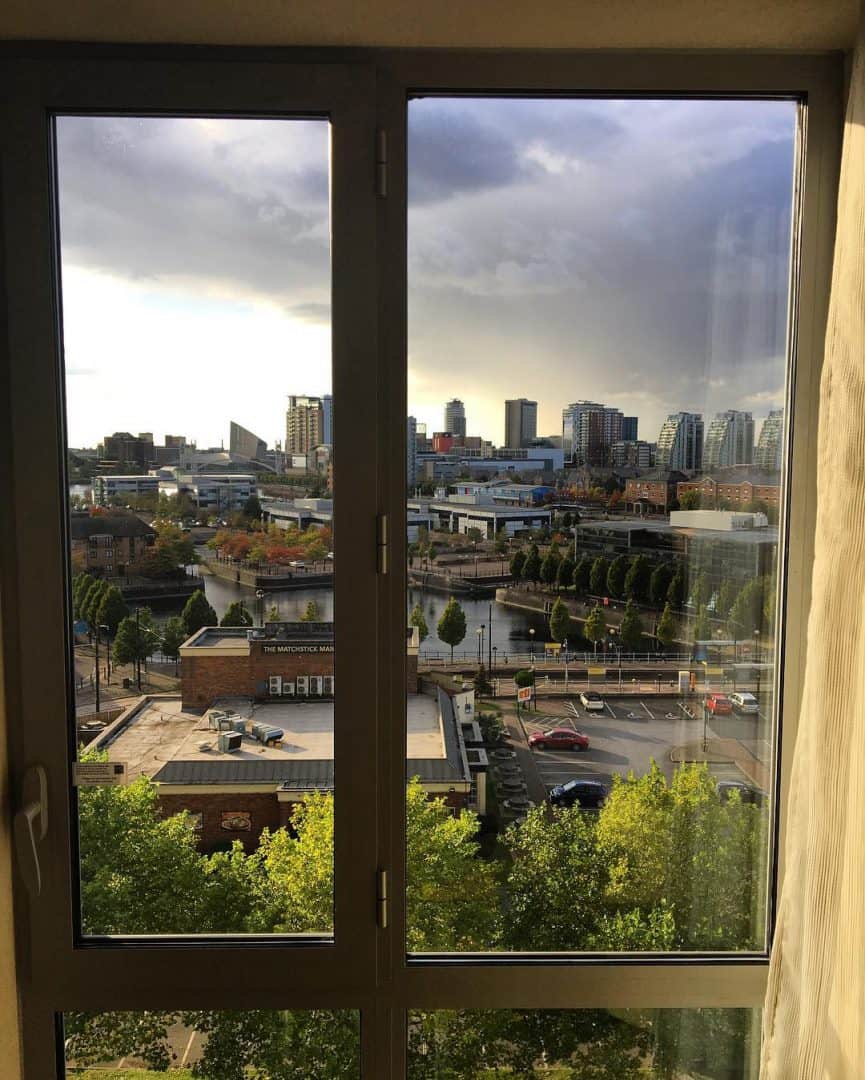 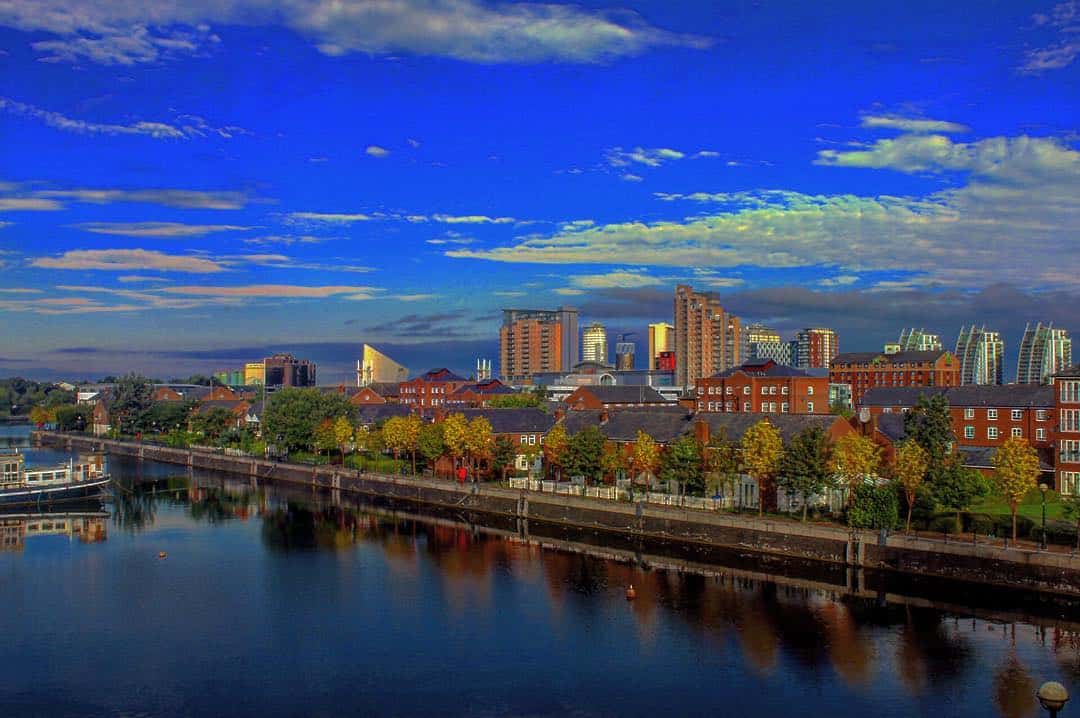 After a good long Old Trafford tour of the Theater of Dreams, you will need to satisfy your taste buds. There are amazing eating options available around Old Trafford and also when you walk down towards the city. Manchester is a city of culture and food. You will never leave this city hungry.

Though there are many options available, the ones I’ll recommend are –

Chinatown: Visit Chinatown, Manchester and get your taste buds tickling.

Yang Sing – One of the best restaurants serving Chinese food in the country is a must try.

The New Emperor: Duck Dishes are a must try here

Cloud 23 Bar: This bar is located in the New Hilton Hotel, Deansgate, Manchester. The best part about this bar is the view it offers you. Opening Hours: 5 pm every day 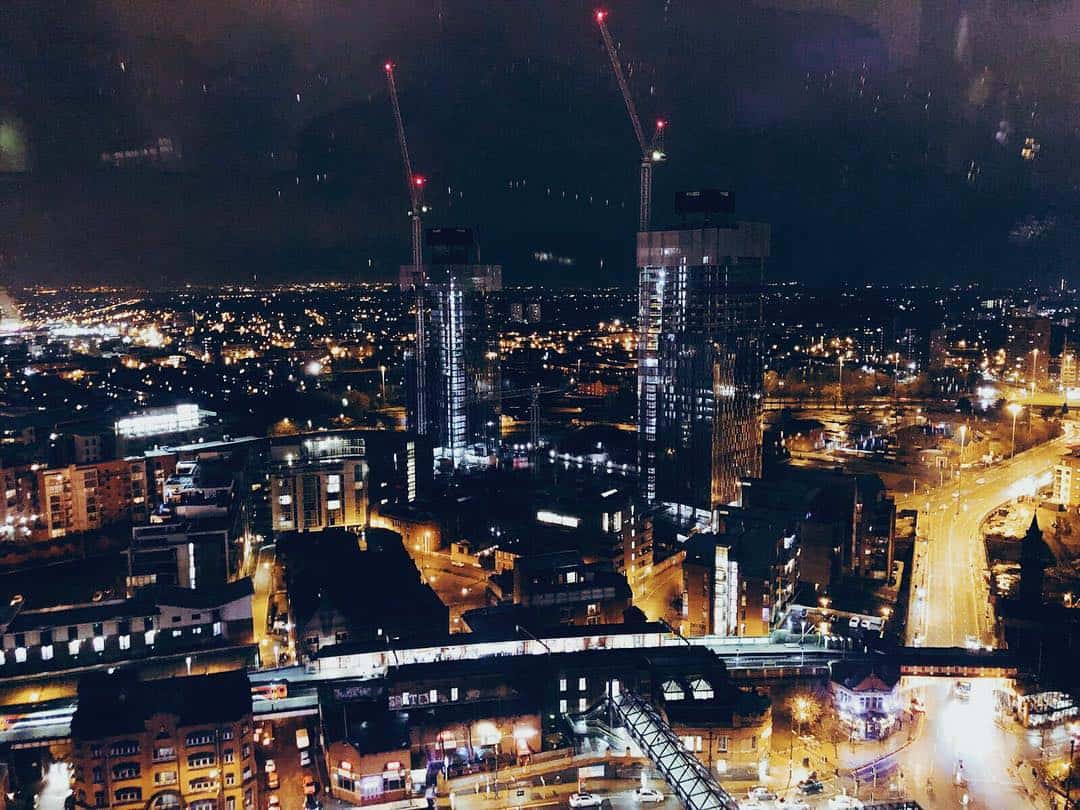 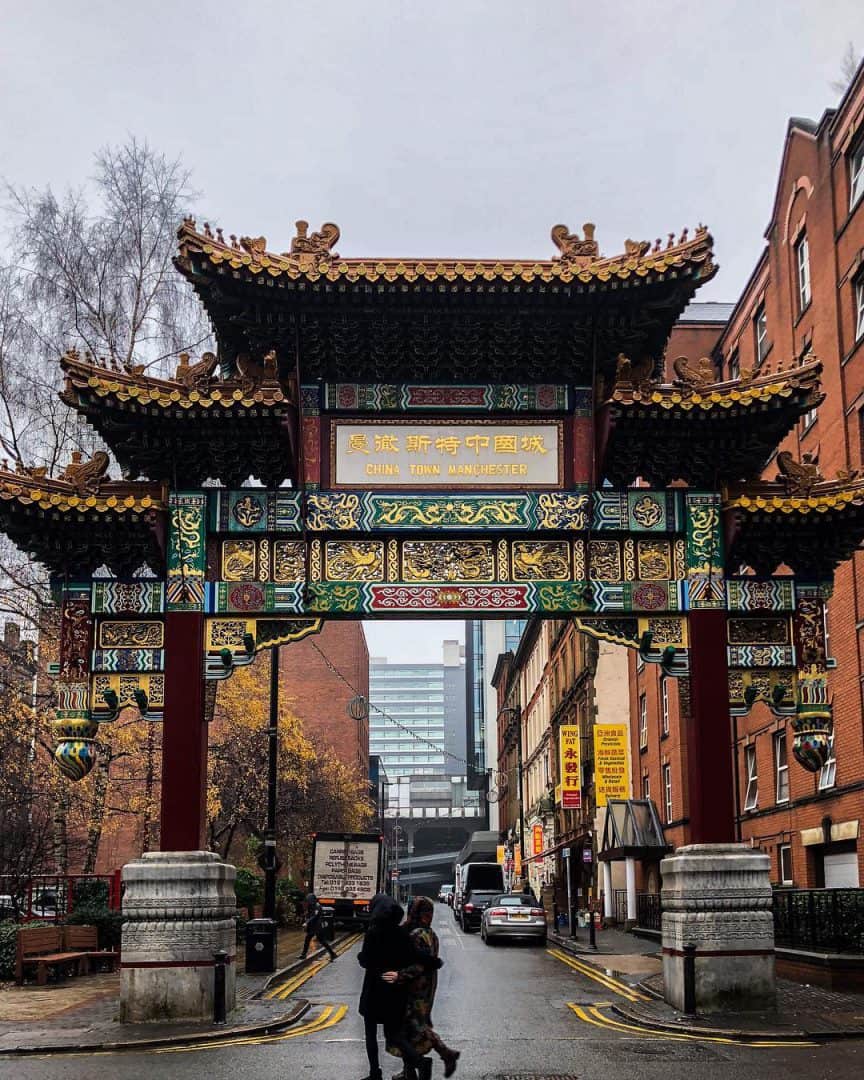 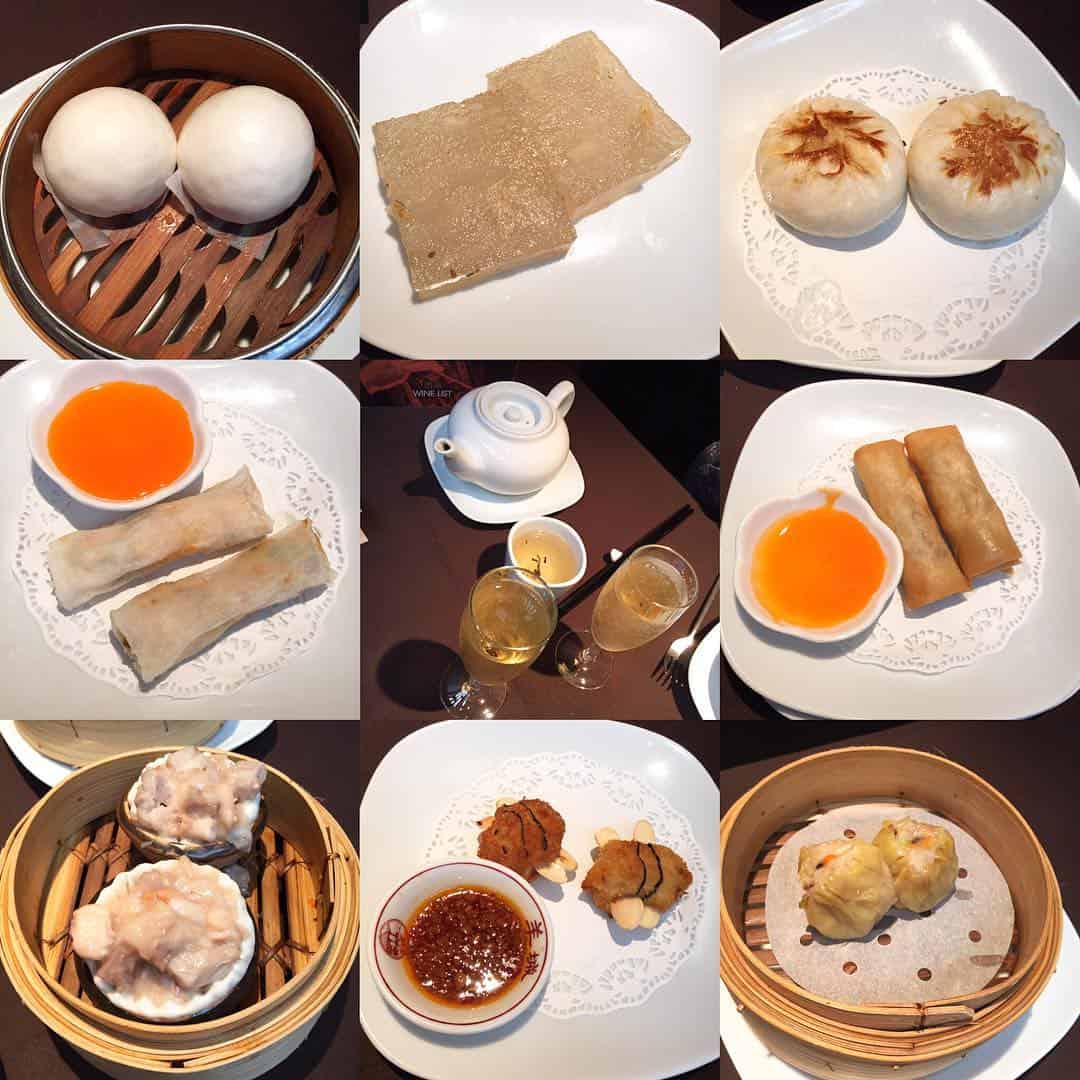 Yang Sing is one of the best restaurants serving Chinese food. Photography by Helen Taylor

Cosmo World Buffet: Enjoy a variety of at least 160 dishes from across the world. Minimum time spent in the Buffet: Approximately 2 hours.

Tops Buffet Restaurant: Enter the extravaganza of food and enjoy the eateries served from around the world. Also, you get to make your own ice cream cones and get them showered in the Chocolate Fountain.

Apart from trying on the different delicacies, I strongly recommend that you try the Fish and Chips which are easily available at the local food centres. 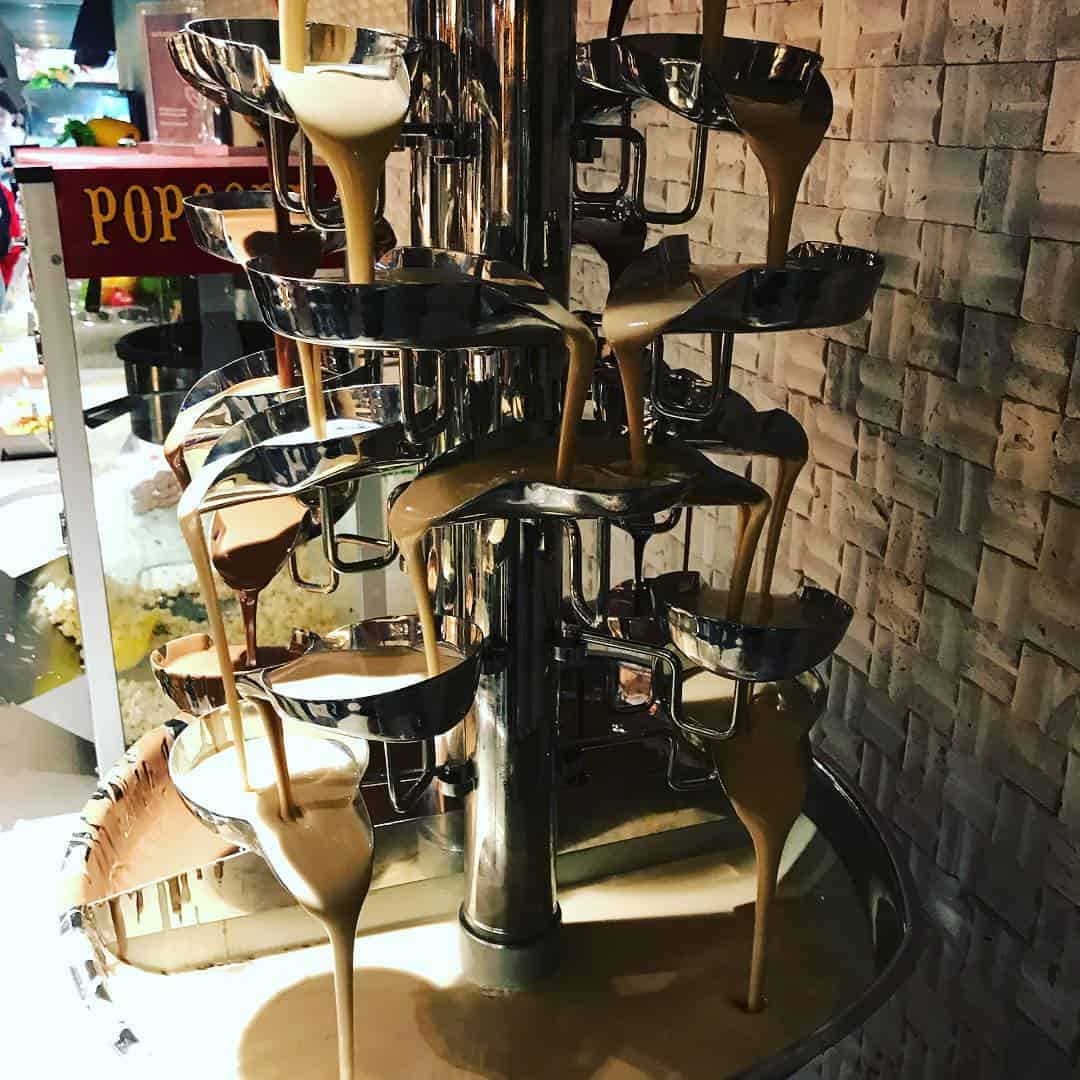 So Guys, do not wait and get your tickets booked for the truly amazing experience at Manchester. 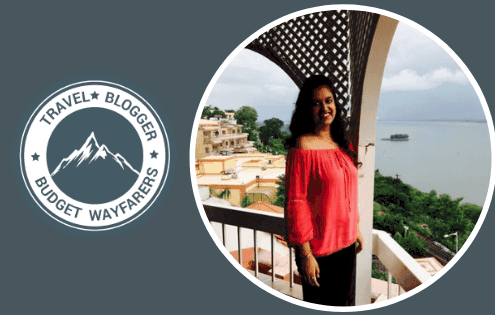 Tanu Sharma is a traveler, a blogger and a freelancer who is working on her passion. She possess work experience in the field of Hospitality, Education, Telecom and IT. After working for 4 years, Tanu finally quit her job to work on her passion for writing and traveling.

THIS POST ENTITLED, “OLD TRAFFORD: THE BEQUEST FOR EVERY MANCHESTER UNITED FAN” IS AN EXCLUSIVE PROPERTY OF BUDGET WAYFARERS. ANY INDIVIDUAL OR ASSOCIATION INDULGING IN PLAGIARISM WILL BE DEALT WITH STRICTLY. IF YOU WANT TO USE INFORMATION FROM THE ARTICLE ABOVE, KINDLY QUOTE THE SOURCE