Malana Cream Hash: Popular among Travelers but ILLEGAL in India – Do not Consume

Malana Cream Hash is more commonly known as Malana Cream or simply Malana Charas. In many countries outside India, it goes by the name black gold. The fact that Malana village cultivates Hash is the reason why many travellers come sniffing here.

The ‘hand-rubbed’ Malana Cream Hash has been widely recognized for its quality worldwide. The intense fragrant aroma, increased THC (Tetrahydrocannabinol) levels and the high it gives are what makes it a favourite amongst stoners from around the globe.

The popularity of the product can be estimated by the fact that the Cannabis menus in a country like Amsterdam, list and sell Malana Cream at as high as 250 USD per tola (1 tola = 11.4 gms).

No matter, how many travellers visit Malana in need of Hash, truth is that it is COMPLETELY BANNED in India as per the NDPS or Narcotic Drugs and Psychotropic Substances Act, 1985.

Under this Act, you can neither produce, manufacture, cultivate, possess, sell, purchase, transport, store, and/or consume any narcotic drug or psychotropic substance, including of course the Malana Cream Hash.

Sure, visit Malana village and see the cannabis plant grow in the mountains. But do not consume it. The fun you’re trying to have by getting high will be blown off if the cops put you behind bars.

Malana Cream Hash is considered to be one of the best by Marijuana fans. Its availability was considered relatively easy in the Malana village previously.

However, the recent crackdown of the government on Cannabis plantations in the village has left the growers and the weed lovers a little worried. 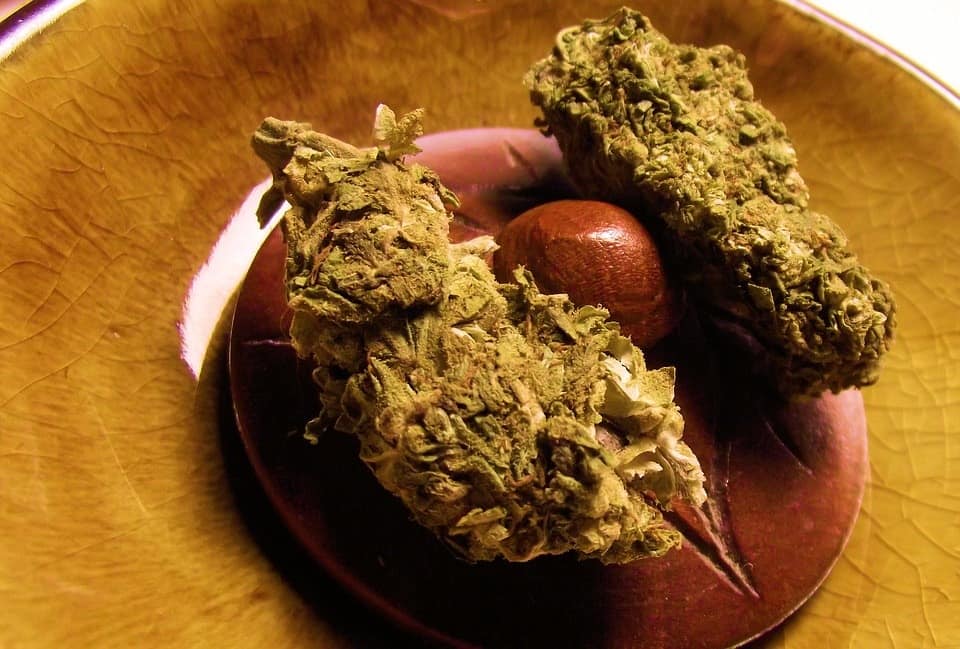 Malana Cream Hash is native to the Malana village of Himachal Pradesh in northern India. Each year thousands of travellers come here in search of Hashish which also goes by the name of Black Gold. However, travellers of the region need to realize that consumption of the Malana Cream is completely prohibited in India.

How to Identify Malana Cream Hash?

Malana Cream Hash has some very unique features. These make it easy to identify.

What’s so different about Malana Cream?

Malana Cream is considered to be the best hashish in the world. The reason for this is the optimum growing conditions.

The plants have adapted to the climate and become rain and wind-resistant. The heirloom varieties (grown traditionally for generations) of Cannabis grown in Malana village naturally contain a high amount of resin.

This makes the strain of Marijuana grown here all the more potent.

The natives have been growing the Cannabis plant religiously for ages. Since it is the only crop grown here and the only source of income, people take its cultivation very seriously. The result of all this is an ultra-fine quality product.

Let me share some of the distinguishing features of Malana Cream Hash with you below:

What is the Cost of  Malana Cream Hash?

Hash of Malana is extremely expensive. The fact that is considered good makes it unaffordable to many people. It is for this reason that there have been instances of smuggling it out as well.

The average cost of Malana charas ranges from 2.5 lakh INR to 3 lakh INR a kg. This is hugely expensive. Malana Cream’s cost in Kasol can range anywhere between USD 15 and  USD 25. The cost is higher in places outside Malana and Kasol.

Since many youngsters cannot afford the real variety, they buy cheap substitutes. Now, this can prove fatal to them.

There is more than one way to get intoxicated. If you want to transcend yourself to the next level, get high on life. Nothing is more precious than life.

Why is Malana Cream Hash so Expensive?

As discussed earlier, the quality of Malana cream hash is considered as some of the finest in the world.  Certain characteristics make it very expensive.

This particular variety is high in oil. This makes it unique.

Malana Cream Hash is extremely high in THC (Tetrahydrocannabinol). This is the deciding chemical for high-quality hashish.

This variety grows very well in the region. Therefore, it stays fresh.

Malana Cream is expensive because its quality is really good. In fact, it can have valuable medicinal properties. However, this doesn’t mean that you are free to consume it or even keep it.

Malana Village: The Home to the ‘Illegal’ Black Gold

Lying in the lap of Parvati Valley, Malana village is the home to Malana Cream. Other than the hash, the village has many unique aspects.

The sheer beauty and history are some other aspects that interest many travellers from far and wide each year. Another interesting fact that makes Malana village different is the terrifying rules that the strangers are expected to comply with.

It is no secret that most travellers visit Malana village for its priciest possession – the Malana cream hash or Black Gold.

However, one needs to remember that the substance is totally banned in India. So avoid consuming it or even transporting it under any circumstance. If caught with it, you can land in some serious trouble.

The Malana region draws its major source of revenue from the Malana cream. The hash is a strain of Cannabis with high oil content and an insanely rich aroma.

The Malana cream hash is made using the ‘hand rolling’ method and usually, this is done by the villagers.

There has been no looking back since then. Over the years, Malana cream hash has drawn popularity as one of the best in the world.

Due to this reason, it fetches a considerably high amount in foreign markets.

As a traveller, you are allowed to visit Malana village and view Cannabis plantations growing on high cliffs. It is for this reason that the most agile person can climb these cliffs and pluck the plant. Villagers residing in Malana generally do this.

When you enter Malana village, the aroma of Malana cream hash welcomes you. It is a pleasant greeting and you’ll be surprised to see the locals treating themselves to chillums (hookah) of hash.

The villagers are lost in a haze and enjoying themselves all too much. If there is anyone who knows how to make high-quality cannabis, it is the people of Malana. 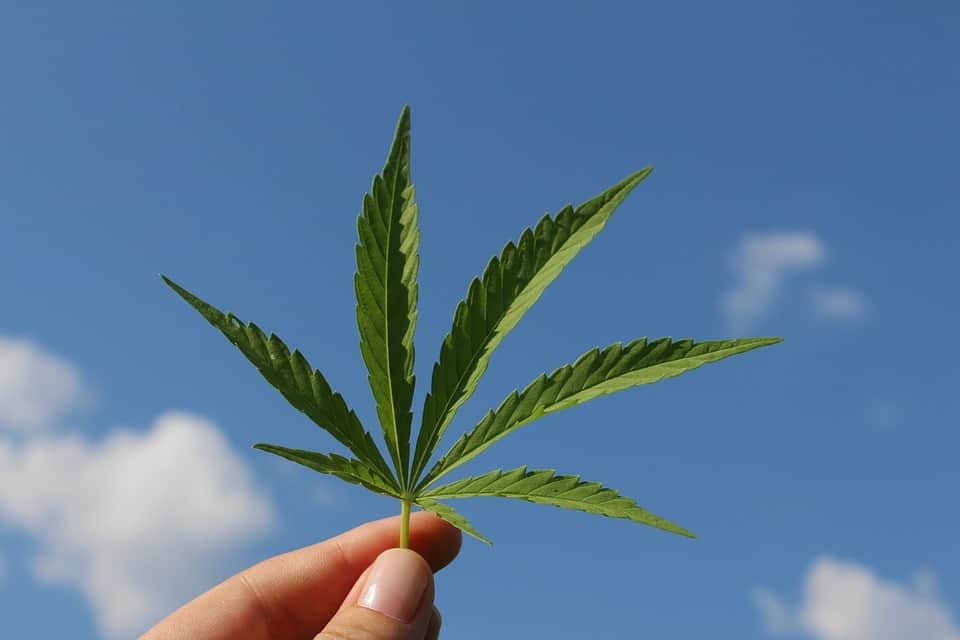 This is a leaflet from a Cannabis plant. The resin of this plant is from where the Malana Cream is prepared. This plant naturally grows throughout the Malana Village. It can be seen from a distance growing at high cliffs.

Are Travelers Allowed to Smoke Malana Cream Hash in the Region?

Anyone going to the mountains is expected to return with some Malana cream hash. It is the most sought-after souvenir next to chocolates.

However, do not indulge in their consumption or transport. Reason being that there is imprisonment up to ten years in jail for possession, transport and use of such substances in India.

This is also one of the main reasons why the village has now forbidden travellers to live inside. Many hippies came flocking into Malana and in many ways disrupted the Malanis (native people of Malana) way of being.

After having turned Kasol into a hippie town with trippy trance and psychedelia oozing out of its chambers, the same was starting to happen in Malana.

Since Malana is a village that lives by its own set of customs and rituals, this disruption was sacrilegious. Their deity Jamlu Rishi banned the village from allowing travellers to rent out their property.

If you wish to stay, you can camp or rent a Hotel at Kasol.

A lot of travellers get fascinated by the region around Malana. It is beautiful and serene.  Spending a night or two here will make you forget the hustle and bustle of your everyday life.

Finding budget places to stay near Malana Village can be difficult. This happens more if you don’t have prior bookings. Therefore, it is recommended that you make arrangements in advance.

As somebody who has been to Malana a number of times, I have a few recommendations for you.

How to Smoke Malana Cream Hash?

In some parts of the world, it is legal to consume Cannabis. The Marijuana lovers in those nations have developed some ways to consume it.

There is still a lot of debate going on as to whether countries should legalize cannabis or not. However, the Bohemians don’t be a part of it and continue creating newer ways to smoke up.

There are a number of fun ways by which Malana cream hash can be smoked. But not in India of course. 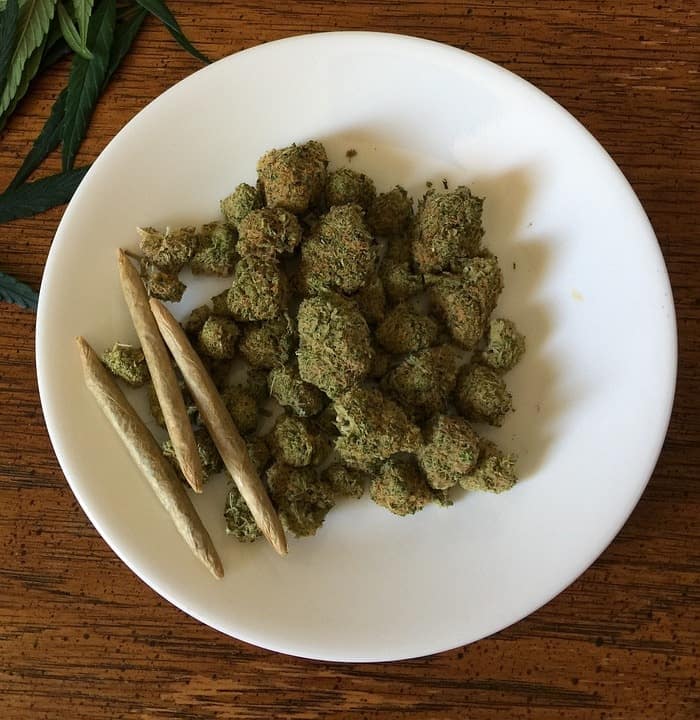 Even though consuming Malana Cream is completely banned in India, there are travellers who don’t care about the law and consume it in the form of paper rolls and other forms. Please do not pursue this because it can lead you behind bars for a minimum of 10 years.

How to Consume Malana Cream Hash Without Smoking?

Consumption of Malana cream hash can be done in ways other than smoking.

Note: If you’re consuming Malana cream hash by any of the above 3 methods, always take a very little amount and do it in countries where it is allowed.

Nations that Produce the Maximum Hash

The top 10 nations producing the maximum hash have been listed below. However it illegal to consume it for fun purposes in most of these countries.

The above list comprised nations that naturally grow as well as cultivate hash. Most of them are yet to draft laws in favour of cannabis consumption.

In previous years, certain countries have legalized the consumption of Malana cream hash.

Here is a list of some of those countries.

As surprising as it may sound, Malana cream hash has won the Best Hashish title twice till now. One was won in 1994 and the other in 1996. This was won at High Times Magazine’s Cannabis Cup.

The fact that Malana cream is completely banned in Himachal (as in the rest of India) does not deter the locals from selling it. They look for new ways each day to sell it to visitors. This, in turn, has dangerous consequences for the people.

In recent times there have been reports of missing travellers from the region. The main reason cited for this is the unethical trade-off between the dealers of Malana cream hash and the consumers.

Malana is a lovely place to visit. The culture is different from the rest of the world. Be a part of the unique experience. Indulging in consumption of Malana cream hash will only land you in trouble. So until it is legal in India, stay away from it. Just enjoy the trip.