Lisbon solo travel can prove to be one of your best travel experiences if you have the stomach for exploration. Try venturing into this beautiful location with an open mind. It’ll be the best thing that happened to you in a while.

While Portugal is brimming with an array of coastal destinations, one needs to look no further than the magnificent capital of Lisbon for some wonderful travel inspiration. The ancient architecture of the city constitutes spacious city squares, breathtaking observation points, a majestic hilltop castle and a spectacularly constructed monastery.

I hope you start planning your Lisbon solo travel after reading this article. I am sure you would love it as much as I did 🙂 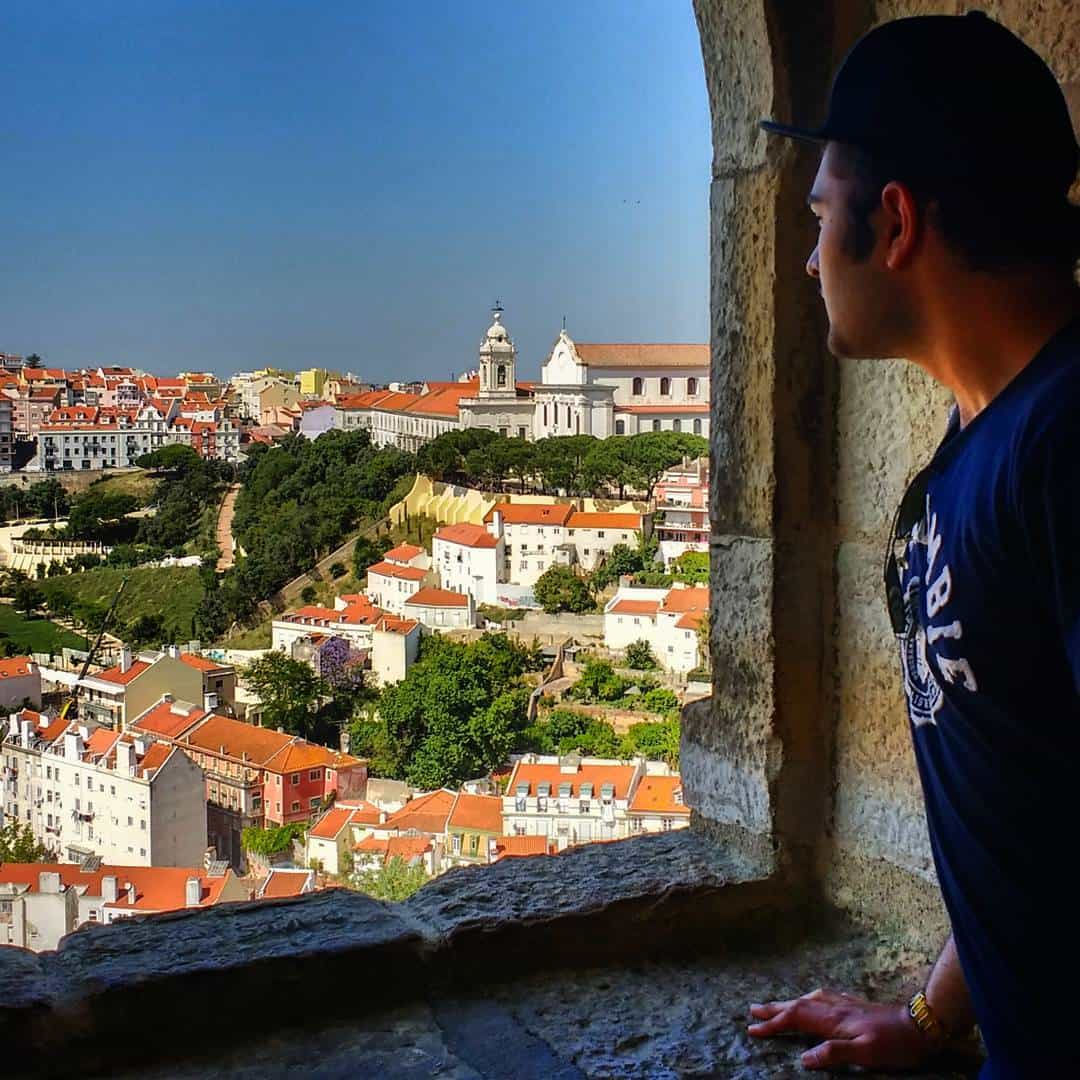 My stint with Lisbon has been wonderful. It’s a lovely place with so much to explore

Portugal is the perfect example of a country immersed in rich cultural history while simultaneously being the epitome of modern grandeur. Tourism to this coastal gem located in the south of Europe is on the rise. Shaking off its underdog status from its more glamorous neighbour of Spain, the Portuguese nation is awaiting exploration.

Fresh seafood is on the menu throughout the year in this tropical paradise and uber-friendly solo travelers are on the same exploration path as you.

As soon as you arrive in Lisbon, you will be mesmerized by the old-world charm of this historic maritime city. Transport from the airport to the city centre is via Aerobus, which runs daily from 7:30 am to 11 pm. A single ticket costs 4 EUR and a return ticket costs 6 EUR.

On your Lisbon solo travel,  you will be best accommodated in a hostel. A wide range of centrally-located, well-equipped hostels is available for selection.

Based on my personal experience, I can tell you that two of the most popular hostels on any nomads’ Lisbon solo travel are –

If you feel like accommodating yourself slightly further away from the City Centre, I’d recommend the subsequent two stay options –

Lisbon is best explored on foot but remember that you need to be reasonably fit to traverse the hilly terrain of this historic city. If you ever feel tired, make use of the extensive tram network covering most of the major Lisbon districts.

A tram ticket costs 2.90 EUR on board and can be purchased either via a ticket machine or can be bought directly from the driver. However, as trams get extremely crowded in the afternoon and evening, a valuable suggestion is to buy a 24-hour public transport ticket. This ticket costs 6.15 EUR and grants access to all trams, metros and buses in Lisbon. The 24-hour ticket can be purchased from all metro stations in Lisbon. 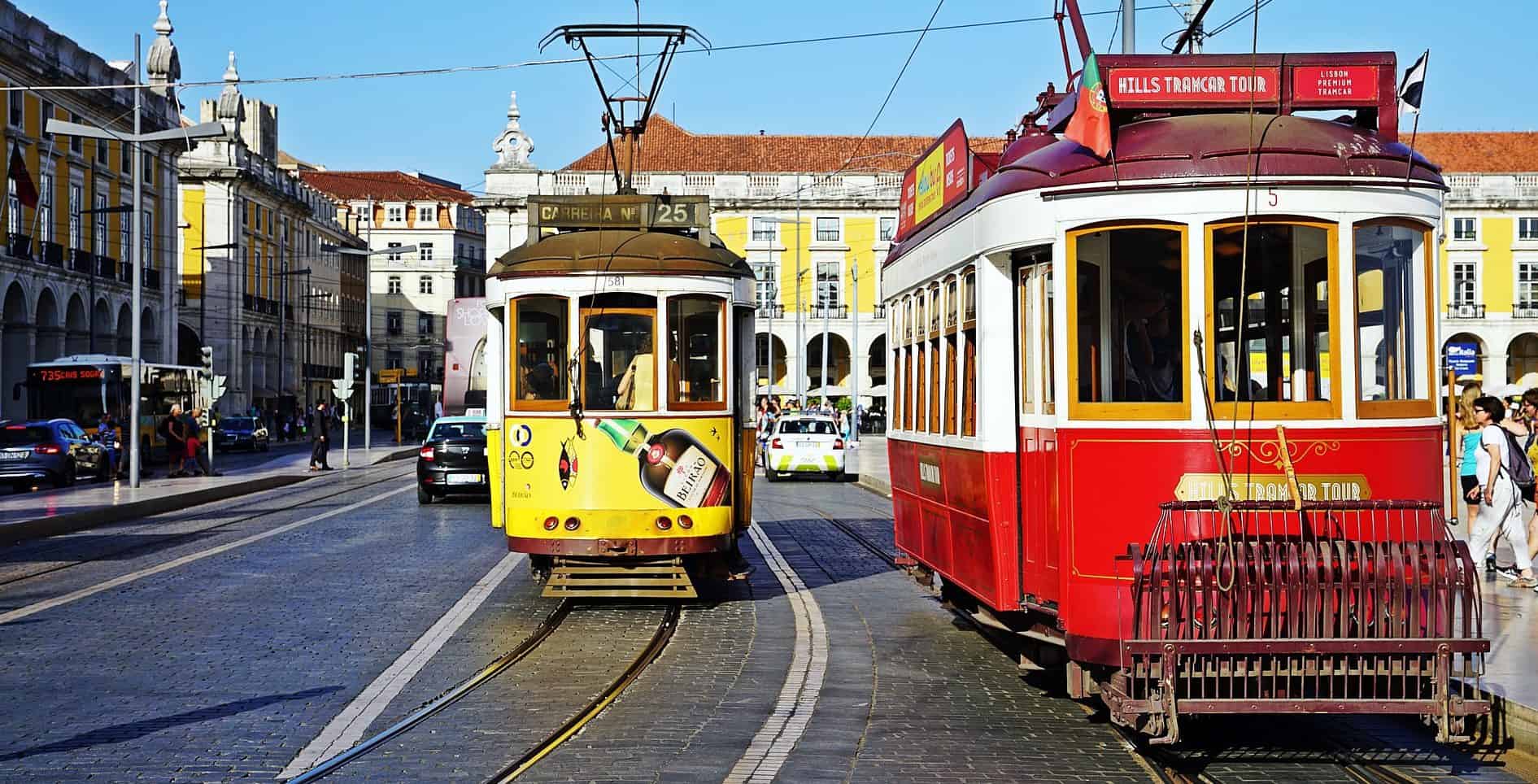 Tram makes for a good transport option in Lisbon

Information and Tips for Traveling via Tram

A few tips will come in handy when you’re pursuing your Lisbon solo travel and hopping on to a tram.

Major Attractions to Visit on your Lisbon Solo Travel

Now that you have figured out how to move around the city, let’s move to the vast possibilities of sightseeing on your Lisbon solo travel tour.

A city as culturally rich as Lisbon has no shortage of travel attractions. From the magnificent São Jorge Castle to the architectural marvel of the Jerónimos Monastery, Lisbon is a city where you can never get bored.

As one of the most centrally located and widely visited areas in Lisbon, Commerce Square is a picturesque public square located on the banks of the Tagus river. If you stay in a hostel, you are most likely to be within walking distance of this area.

Lisbon was rocked by a devastating earthquake in 1755, claiming the lives of anywhere between 10,000 to 100,000 people and demolishing virtually every patch of constructed land. An impressive bronze statue has been erected in the centre of Commerce Square.

It is adorned by the imposing figure of King Joseph I, King of Portugal during the catastrophic event of the Great Lisbon Earthquake.

The Rua Augusta Arch, located on the northern side of Commerce Square, was built by decorated Portuguese architect Santos de Carvalho in 1873, to commemorate the reconstruction of Lisbon after the Great Lisbon Earthquake of 1755.

The triumphal arch is supported by several pillars, with many pillars containing statues of important Portuguese figures such as Vasco Da Gama.

An elevator takes you to the top of the Rua Augusta Arch, a highly recommended viewpoint for photographers. A ticket costs only 2.5 EUR  and offers spectacular, panoramic views of Commerce Square and the Tagus River.

Built in the mid-11th Century as a military fortification, the São Jorge Castle commands a majestic hilltop location, offering an elevated view of the entire city.

There is plenty of space to explore, from the castle walls and the various towers to the lush gardens of the central courtyard. A general ticket for entry into the castle area costs 8.50 EUR, with special discounts for students under 25 (5 EUR) and senior citizens over 65 (5 EUR). The castle is open for tourism from 9 am to 9 pm in the peak summer season from March to October.

The spectacularly built Jerónimos Monastery is located in the Belém district of Lisbon. Originally constructed in the 14th Century as an opulent sign of the glorious wealth of the Portuguese nation during the Age of Exploration, the Monastery has since expanded to serve various purposes as a haven for religion and as a residence for the returning navigator Vasco Da Gama.

In order to preserve its incredible architectural detail, dating back to the Old Gothic Era, the Jerónimos Monastery has now been declared a UNESCO World Heritage Site.

An individual ticket to the church and the archaeological museum costs EUR 10, with a 50% discount available for students and senior citizens (65+).

‘Padrão dos Descobrimentos’ or The Monument to the Discoveries was first erected in 1940 and then reconstructed in 1960 to commemorate the 500-year death anniversary of ‘Dom Henrique’ or Henry the Navigator.

The monument is a striking representation of the glorious overseas expansion undertaken by the Portuguese nation during the Age of Exploration.

Overlooking the Tagus river and located on the opposite side of the Jerónimos Monastery in the Belém district of Lisbon, the monument is a staggering representation of the domination of the Portuguese nation during the colonial era.

Where and with What to Feed Yourself on your Lisbon Solo Travel?

As a maritime city located on the banks of the Tagus River, Lisbon is blessed with an abundance of delicious seafood.

The traditional codfish, called ‘Bacalhau’ is dried, salted and lightly grilled before being served along with rice and potatoes. As a staple fish dish, ‘Bacalhau’ is available at almost every restaurant in Lisbon.

A wholesome and affordable meal can be enjoyed at Pateo restaurant in the food court of the trendy Armazéns do Chiado shopping mall in Lisbon city centre.

Prawns, lobster and crabs can all be savoured at most Lisbon restaurants, although the prices for these seafood dishes tend to be on the higher side.

Some other budget restaurant suggestions for serving traditional Portuguese food –

As a highly globalized and multicultural city, a myriad of international cuisines can also be found easily in Lisbon.

Here are a few suggestions for restaurants serving Continental cuisine –

One of the most widely known desserts in Portugal is called ‘Pastel de Nata’. These are sumptuously crunchy custard tarts made from fresh egg yolk, flour and butter.

The best ‘Pastel de Nata’ can be found at ‘Pastéis de Belém’, a renowned bakery that prepares fresh Portuguese custard tarts every day based on a secret, the traditionally-sourced recipe first discovered in 1837.

Plan your visit to ‘Pastéis de Belém’ as part of your trip to the Belém district. After you have explored the majestic Jerónimos Monastery and the spectacular Padrão dos Descobrimentos, stop by at ‘Pastéis de Belém’ to satisfy your sweet tooth.

However, keep in mind that as one of the most widely recognized food joints in Portugal, ‘Pastéis de Belém’ is usually jam-packed.

Try visiting in the early mornings or the late evenings to avoid the ludicrous rush hour queues. If you feel overwhelmed by the crowd at ‘Pastéis de Belém’, remember that you can also find delectable ‘Pastel de Nata’ in most bakeries in Lisbon.

Portugal as a Country is Fascinating

The fascinating country of Portugal is truly one of a kind. Deeply rooted in its proud maritime past while concurrently brimming with elements of contemporary diversity, the Portuguese nation contains all the right ingredients to be a tourist paradise.

The city of Lisbon is a truly underrated European capital waiting to be explored. Ancient architecture, friendly locals, cheap and delicious seafood, and a widely safe environment extend a warm welcome to travelers from across the globe.

Words or pictures fail to do justice to the alluring city of Lisbon. This is a destination that you have to truly see to believe. The enchanted atmosphere of the city embraces you with open arms. As soon as you return home, you will be planning your next visit. 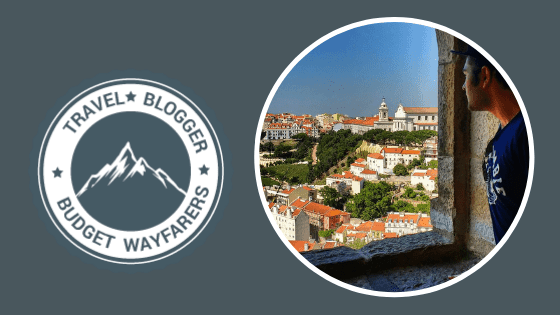 Aarohan Mehra describes himself as a traveller on a perpetual odyssey across the globe. Aarohan finds solace in the mountains and particularly enjoys solo adventure trips to remote locations. Having embarked on trips to over 15 countries in Europe, Aarohan now hopes to tick Africa and Australia off his bucket list.