16 Lesser-known travel movies, you need to add to your Watchlist!

Lesser-known travel movies include some of the travel-themed movies, that haven’t gotten their share of attention.

There are a lot of movies that are centred around the theme of travel. While some the movies like, ‘Eat Pray Love’ are widely known, others are not that well recognised despite being fairly good.

In this blog, I will be sharing with you a list of some of the best lesser-known travel movies. While you might have heard of some of these, you would know only if you are a huge movie buff.

16 Lesser-known travel movies, you need to add to your Watchlist!

Travel is a recurrent theme in a lot of movies. Be it road trips or journeys of self-discovery, travel movies are a great way of going on a virtual trip when it’s not possible to go on a real one.

Here, I share with you a list of some of the best yet lesser known travel movies that you must add to your watchlist. However, I must point out that I have not included any documentaries in this list:

The travel movies I have listed here are available on different online platforms like Amazon, Netflix, Hulu, etc. In case you want to watch travel movies on Netflix, you can read my other blog. 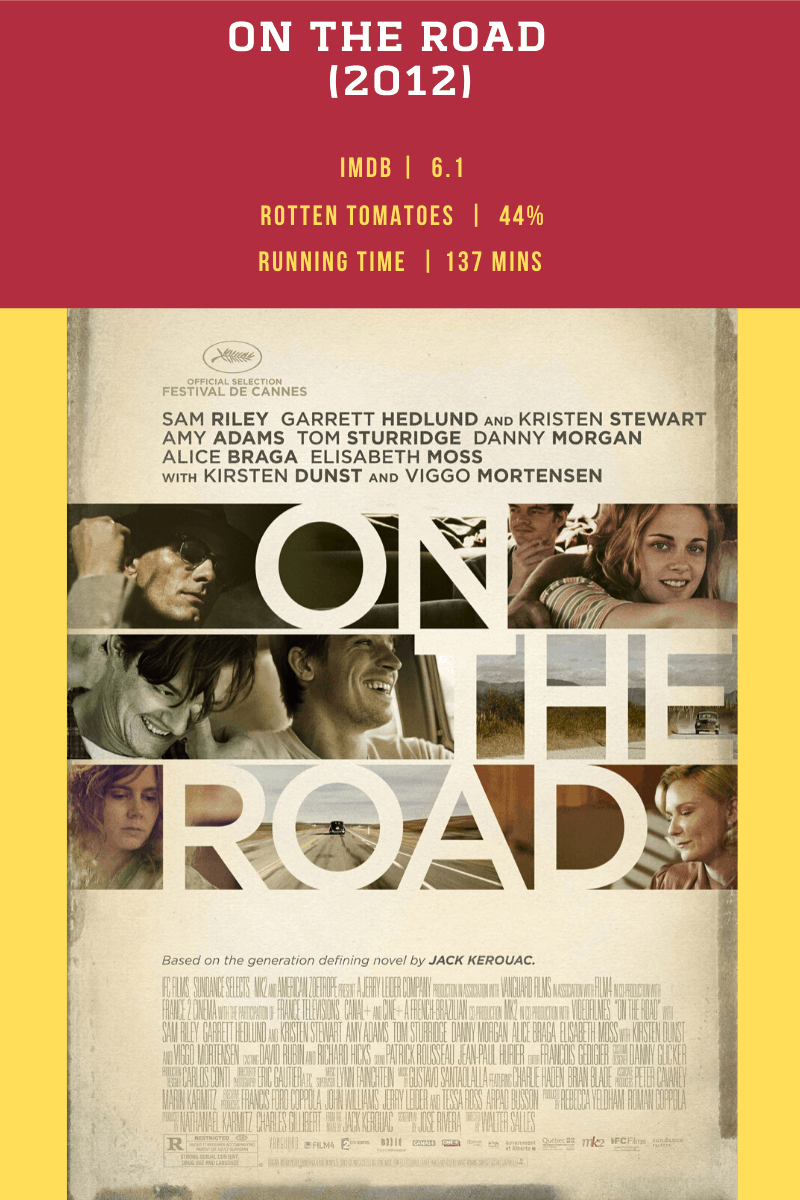 1. On the Road: Explore the themes of Freedom, Conformity and Conservatism

The movie takes you along the journey of a young writer and his friend as they travel through the United States.  The movie explores the ideas of freedom, conformity and conservatism through the eyes of the lead characters.

The movie is a screen adaptation of Jack Kerouac’s novel “On the Road.” Well, having read the book as well, I would definitely recommend the book to all travellers. It is better than the movie. 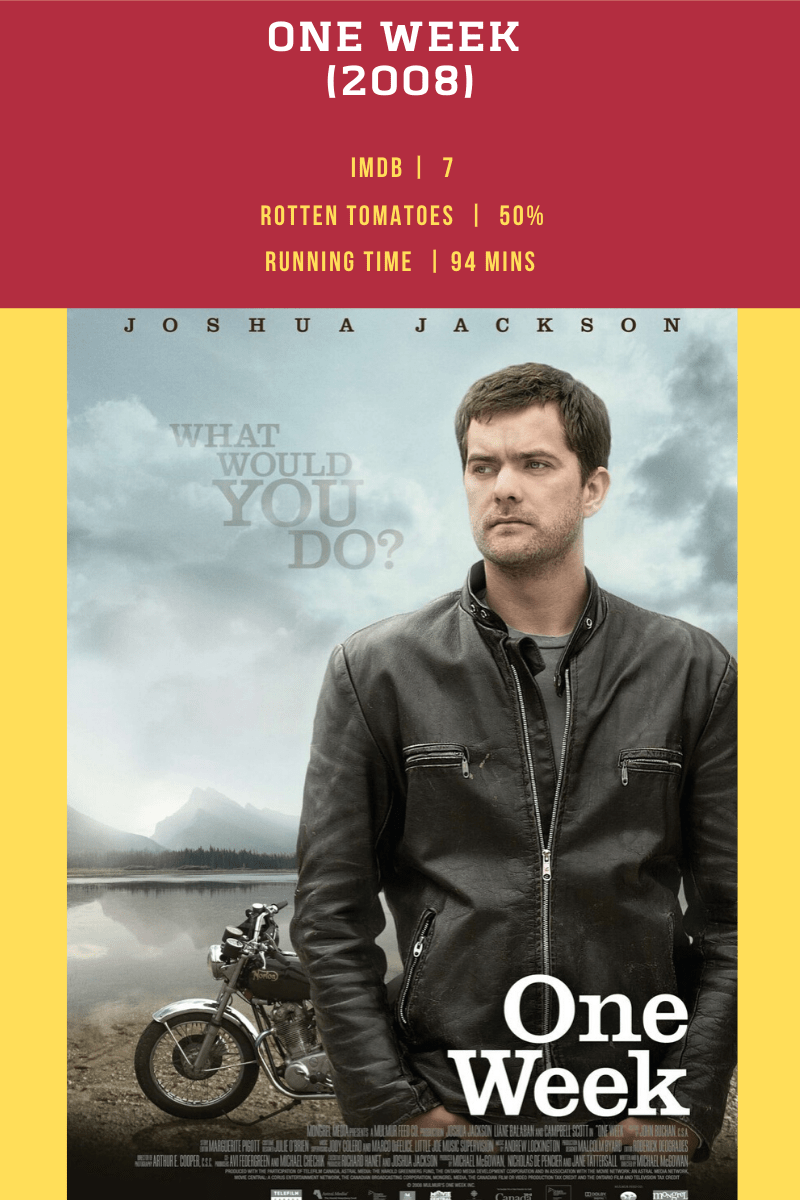 2. One Week: Take a motorcycle Road trip across Canada

The story is about a man who is taking a motorcycle road trip across Canada. He meets many people who help change his perspective to his relationships and life.

The entire movie is set against the breath-taking Canadian landscapes. Other than the landscapes, the thing I liked about the movie is the background score. 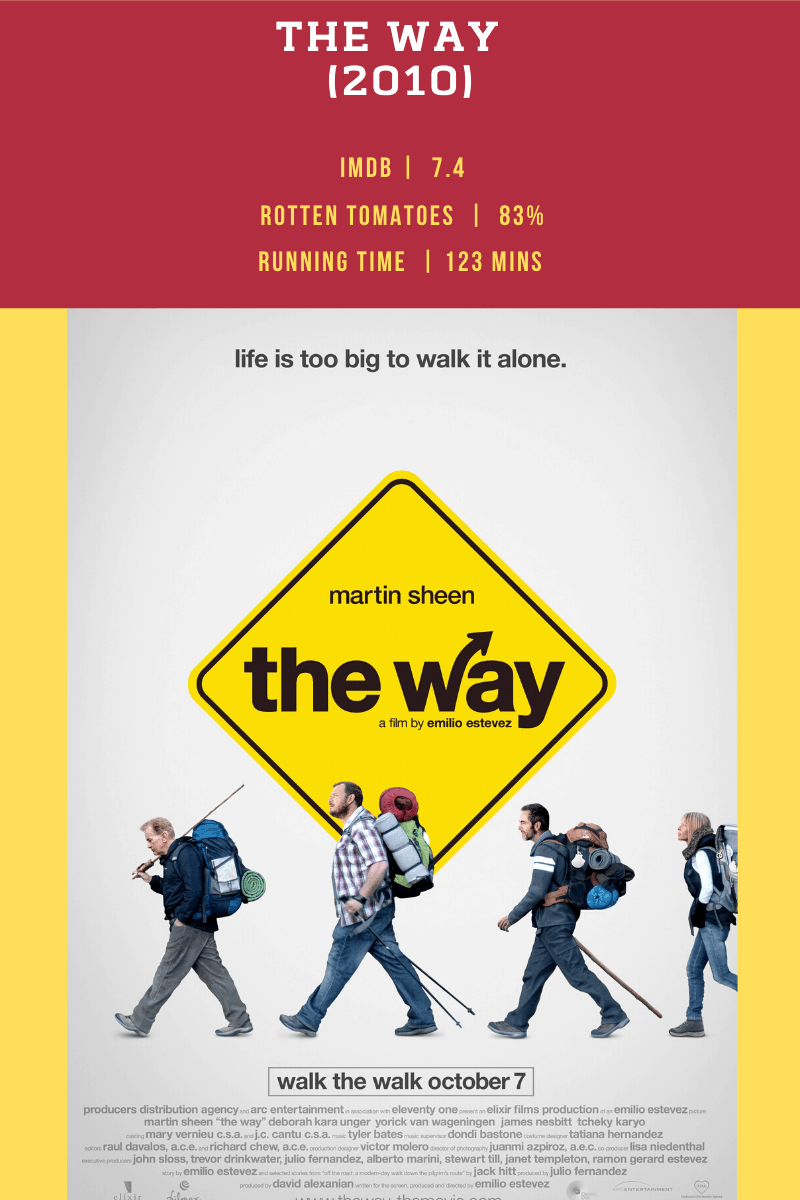 3. The Way: Walk along with a grieving father’s profound journey

This is one of my favourite travel movies. The movie is shot in France and tells the story of a father who travels to France after the death of his son.

Apart from the stunning landscapes, this heartfelt movie also explores the theme of loss and faith. I  highly recommend this movie, put it on your list of must-watch. 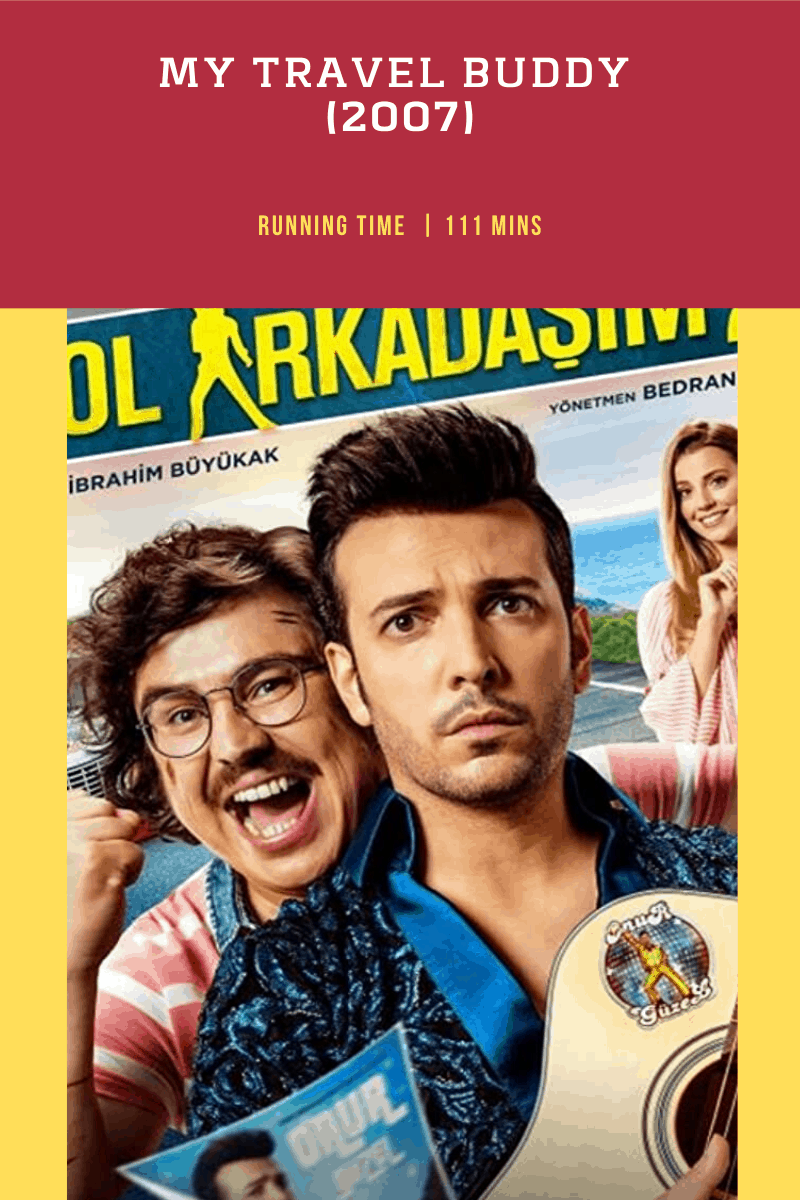 4. My Travel Buddy: A funny Turkish Movie of two friends on a road trip

This is a two-part series and both the movies are available on Netflix. The movies revolve around the adventure and road trips of a duo.

This Turkish movie is fun to watch as it takes you through beautiful Turkish towns. Give it a try if you want to watch something goofy. 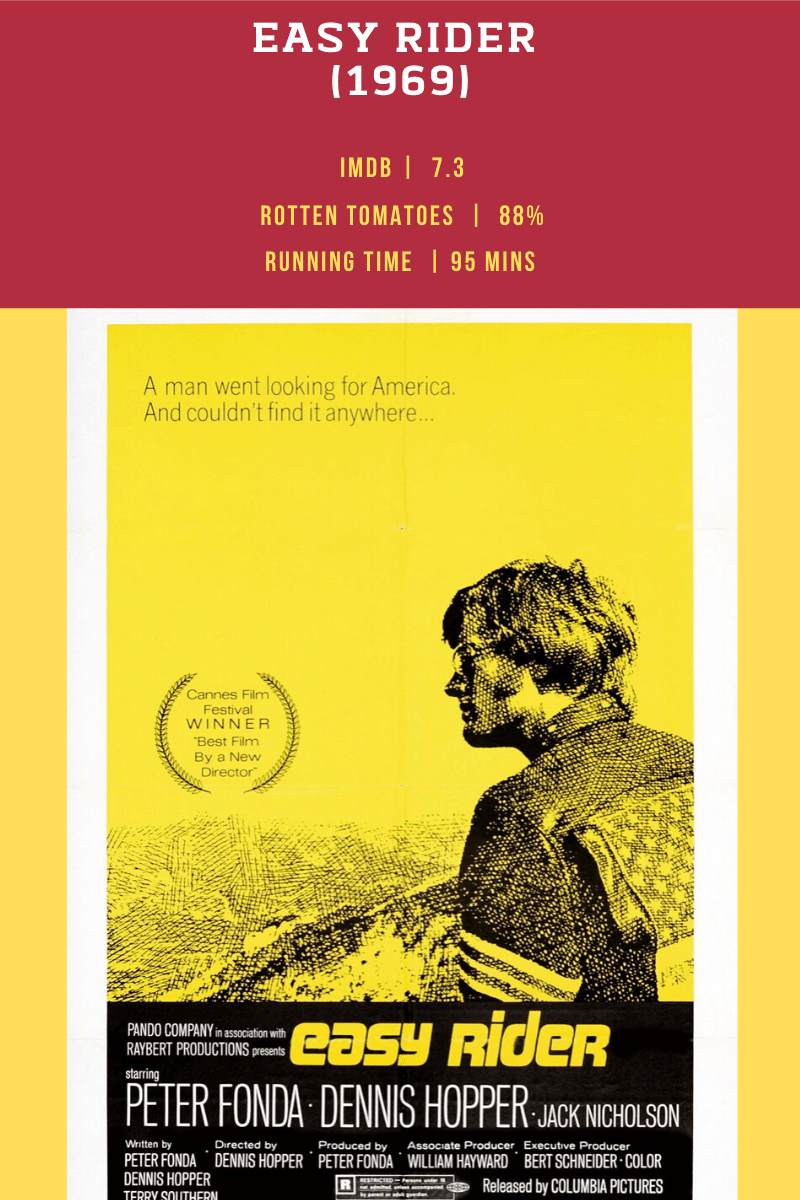 The movie is a motorcycle travelogue that follows the main characters on their journey from Mexico to Los Angeles to New Orleans.

The film is shot across varied landscapes including desert landscapes and towns. I feel this is one of the best travel movies on Netflix right now. 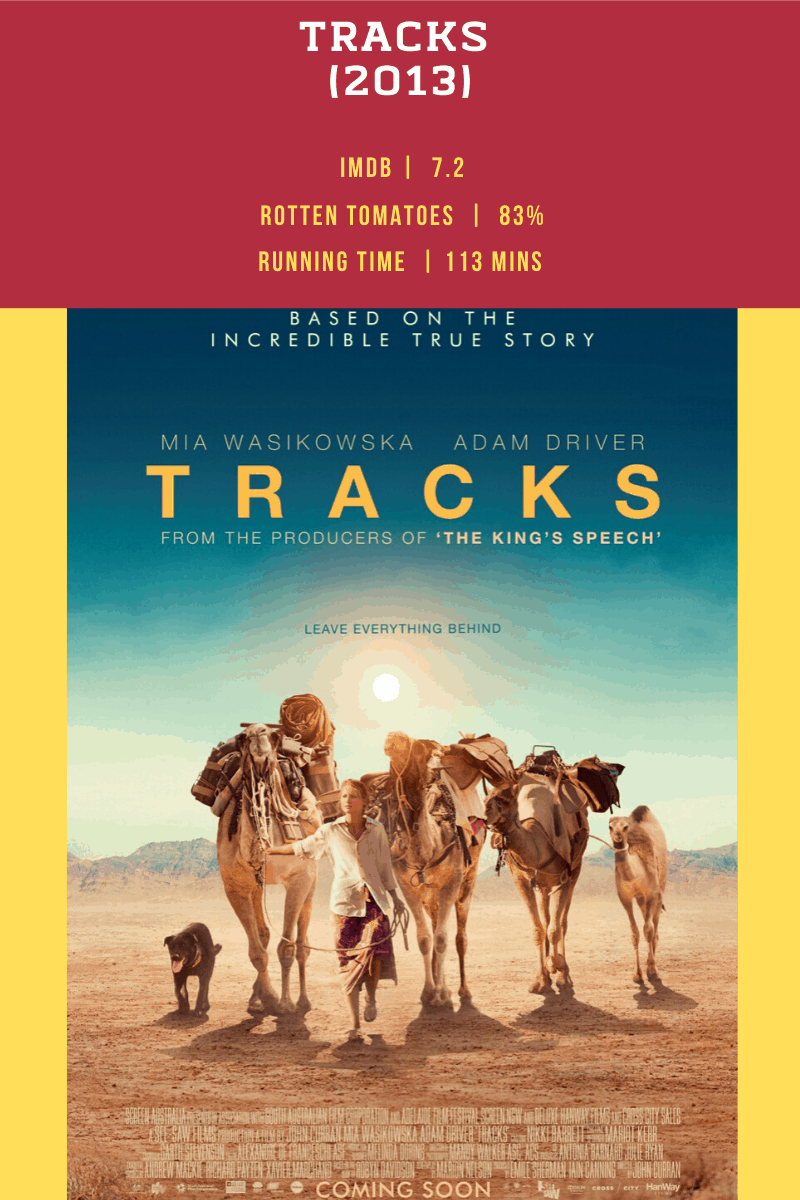 6. Tracks: One of the best Lesser-Known Travel Movies

This is yet another amazing yet slightly lesser know travel movies. The movie is an adaptation of Robyn Davidson’s Memoir “Tracks.”

The plot follows the lead character through her journey across the Australian deserts with her dog and 4 camels. She is also joined by a National Geographic photographer, who documents her journey. This is definitely a must-watch! 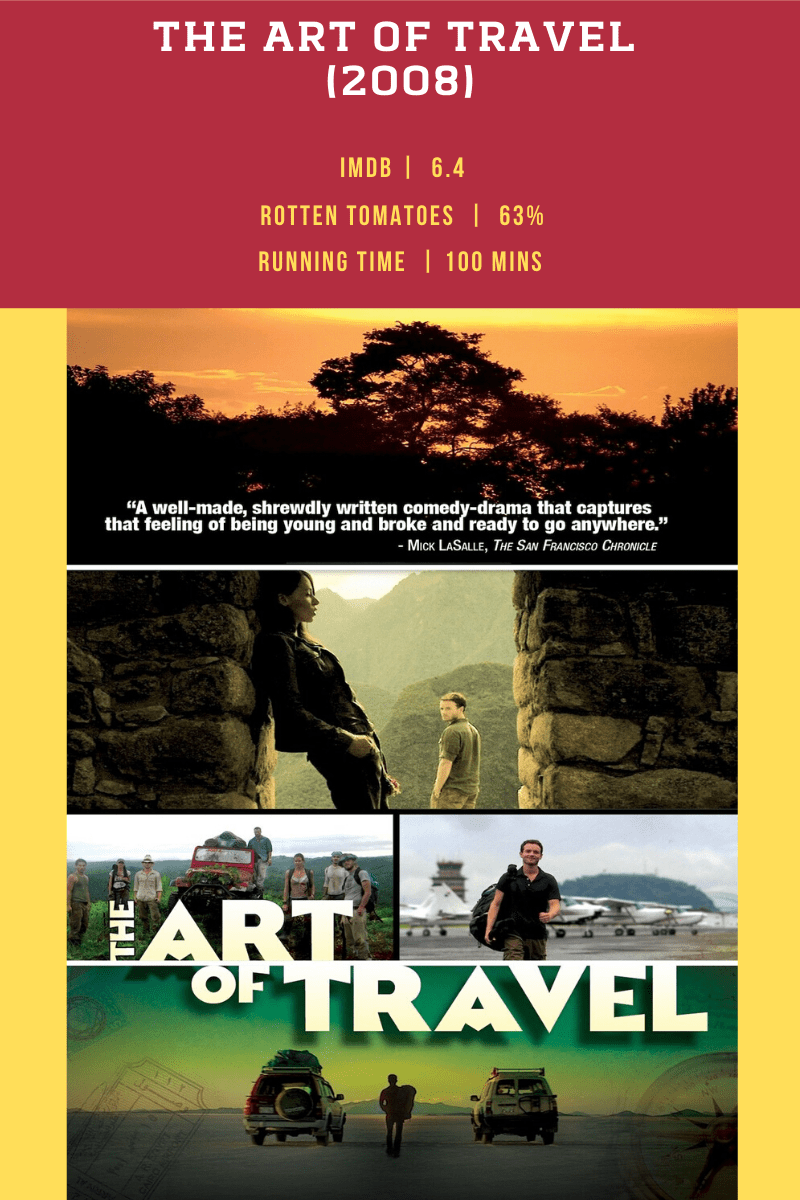 7. The Art of Travel: Travel through Central America

This is a decent film that follows the story of a man who plans to go on his honeymoon alone after his marriage plans are ruined.

Shot in the stunning landscapes of Central America, the movie is a decent one time watch.  The Art of Travel will definitely inspire you to travel to Central America. 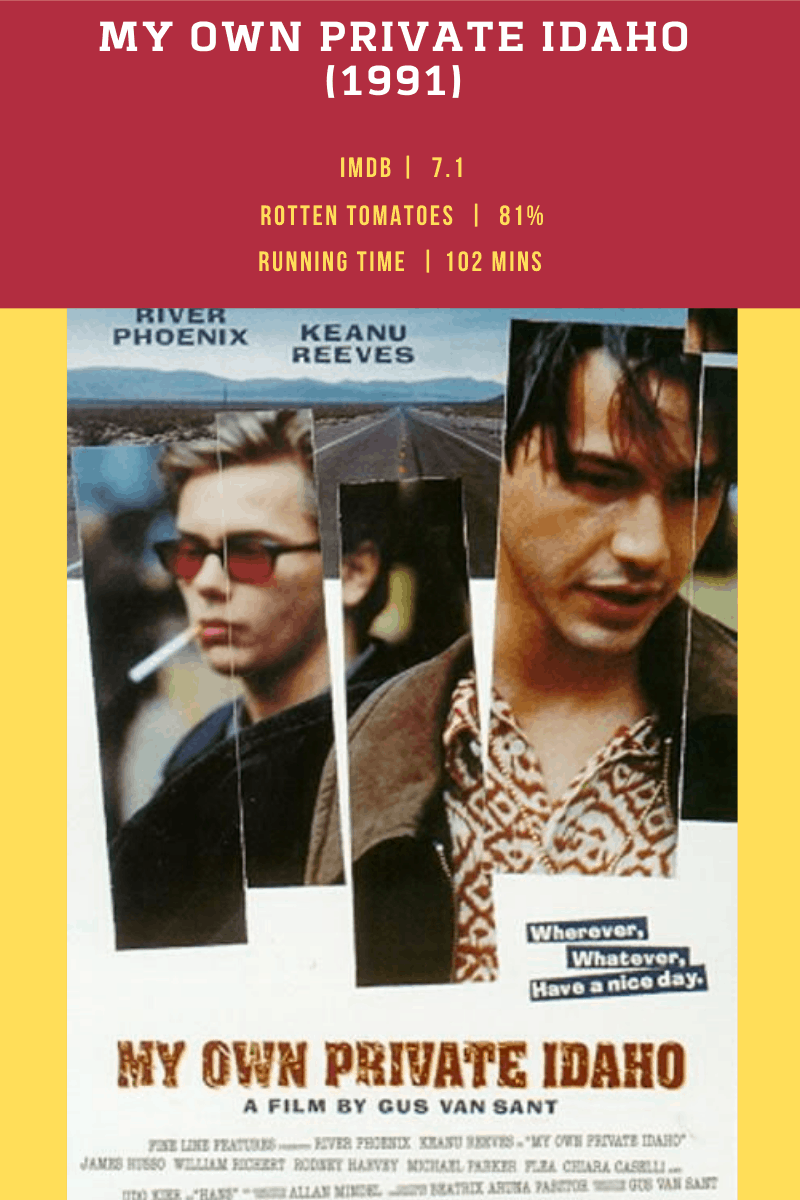 8. My Own Private Idaho: Enjoy some fine performances

The movie follows the story of two friends Mike and Scott as they embark personal discovery journey. They travel from Portland, Oregon to Idaho, and then to Rome in search.

The main plot of the movie is loosely based on Shakespeare work ‘Henry IV’. Other than the story, the performances are really work appreciating. 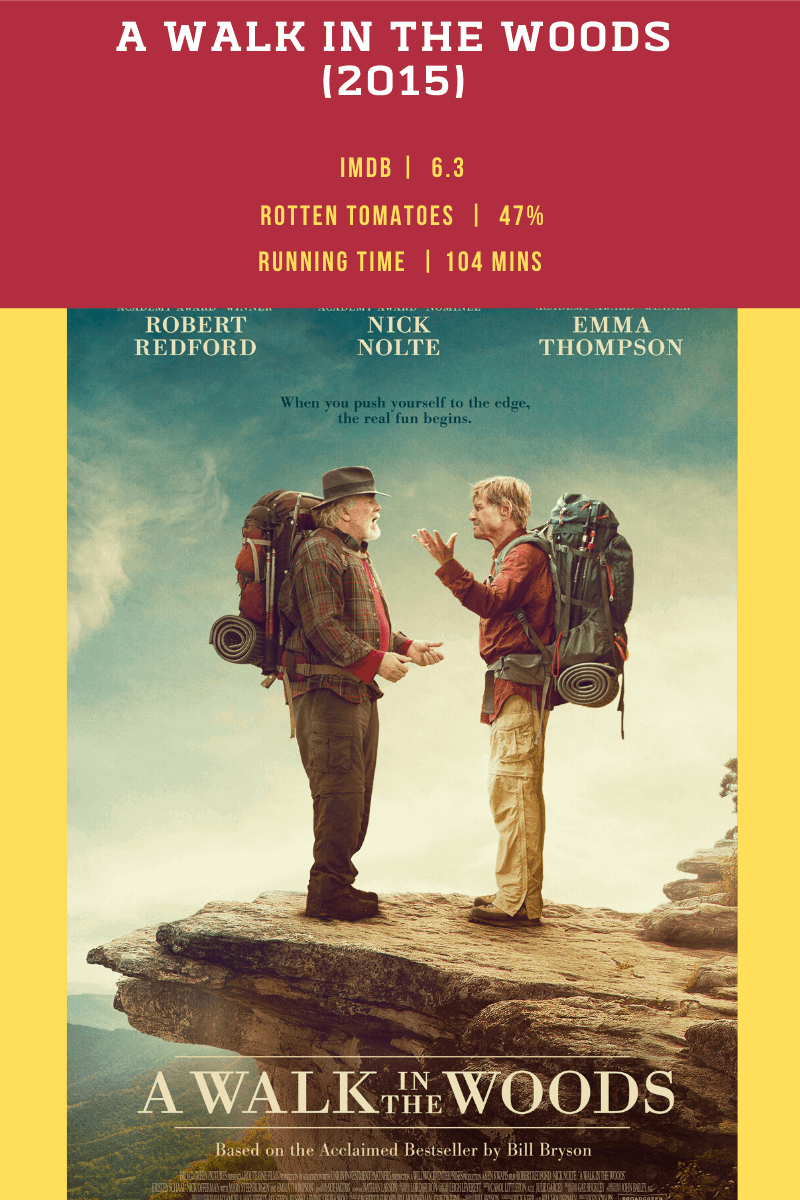 9. A Walk in the Woods: Take a hilarious walk with this book based movie

Based on a 2015 Memoir by Bill Bryson, this comedy movie is mainly shot in Georgia, United States.

The story is about two elderly men going on a hiking trail. The film manages to make you laugh at certain points and is definitely at least a one-time watch. 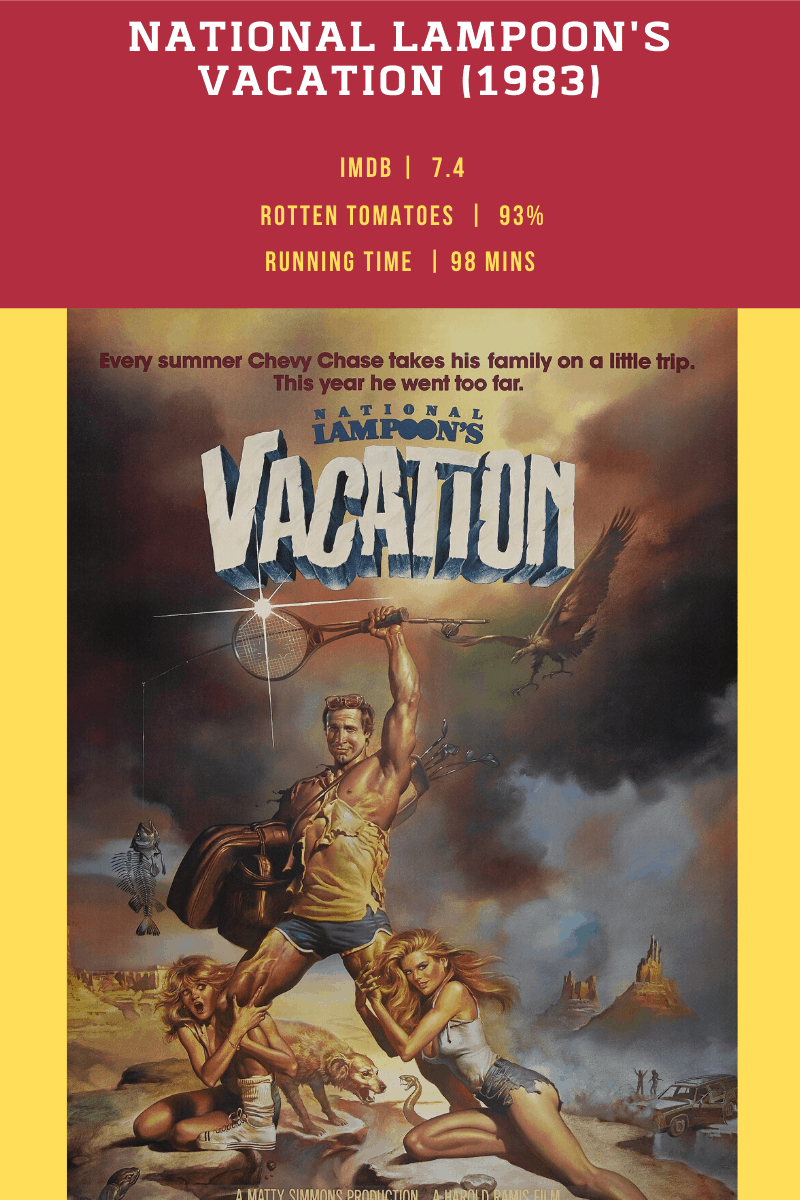 10. National Lampoon’s Vacation: One of the Best Classic Travel Movies

This hilarious movie is a part of a series of movies. The movie takes you on a hilarious family road trip across America.

The movie has four subsequent sequels, but my favourite is the first one. This movie is definitely a must-watch if you are looking for something on the lighter side 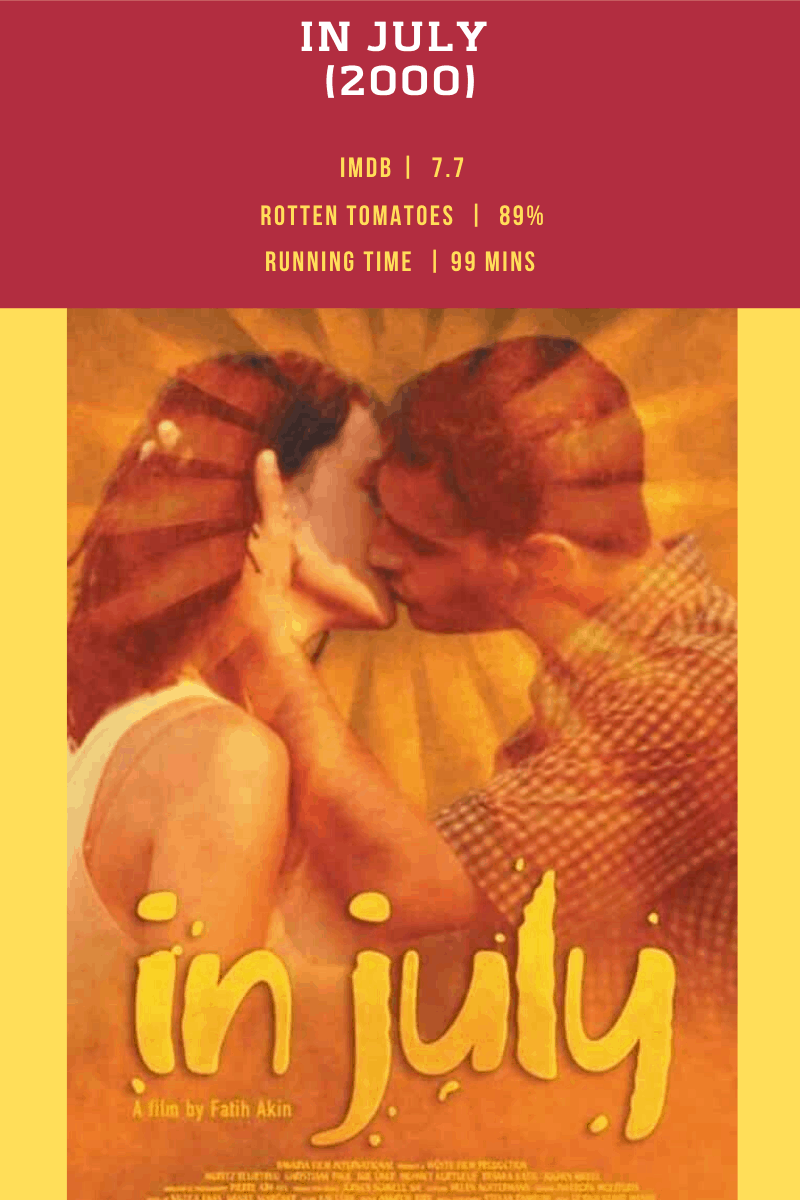 11. In July: A little-known German Movie that takes you through Europe

This is a German movie that follows the story of two people on a road trip across Europe to find true love. The movie will not bore you for a minute. It is surprising, charming and funny at times.

This romantic movie is heart-warming and takes you through breathtaking locations. 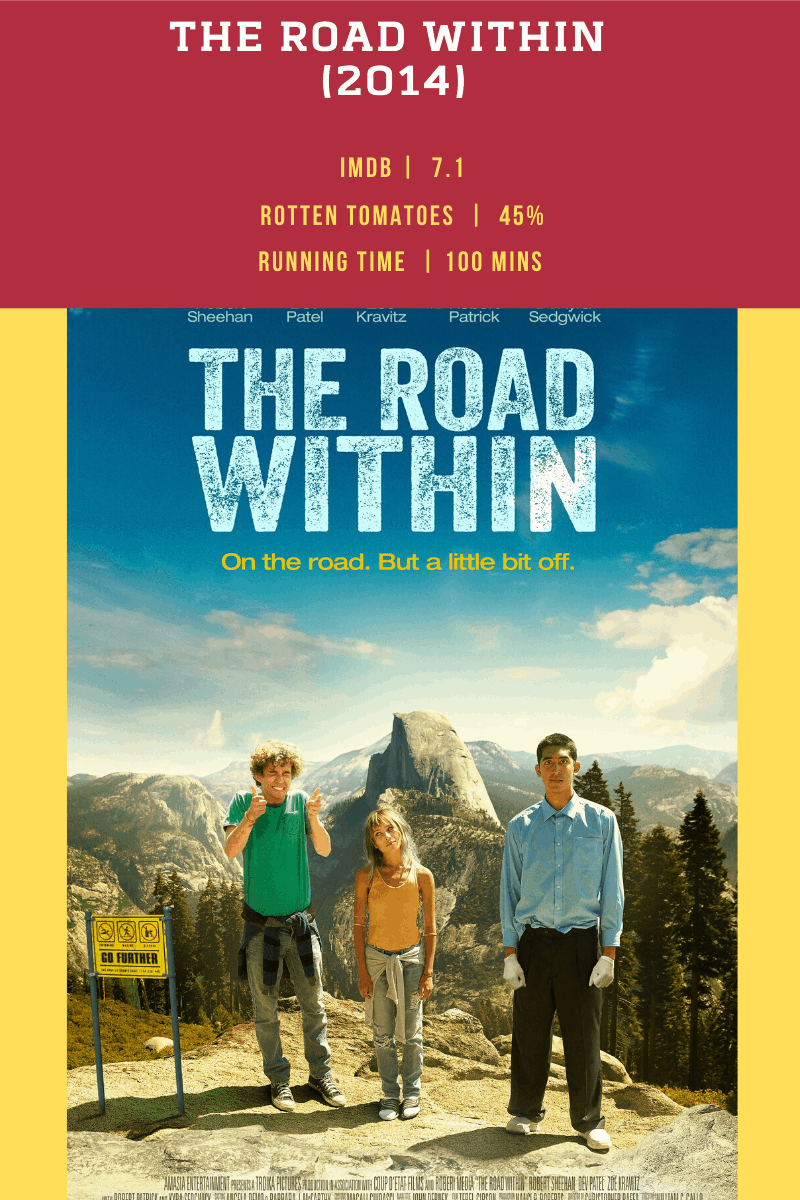 12. The Road Within: Follow the life Changing Journey of three friends

The film is an American remake of a German film, ‘Vincent Wants to Sea’. The plot of the movie revolves around three teenagers who go on a life-changing journey.

What I liked most about the movie are the performances of the three main characters. It is definitely a one-time watch. 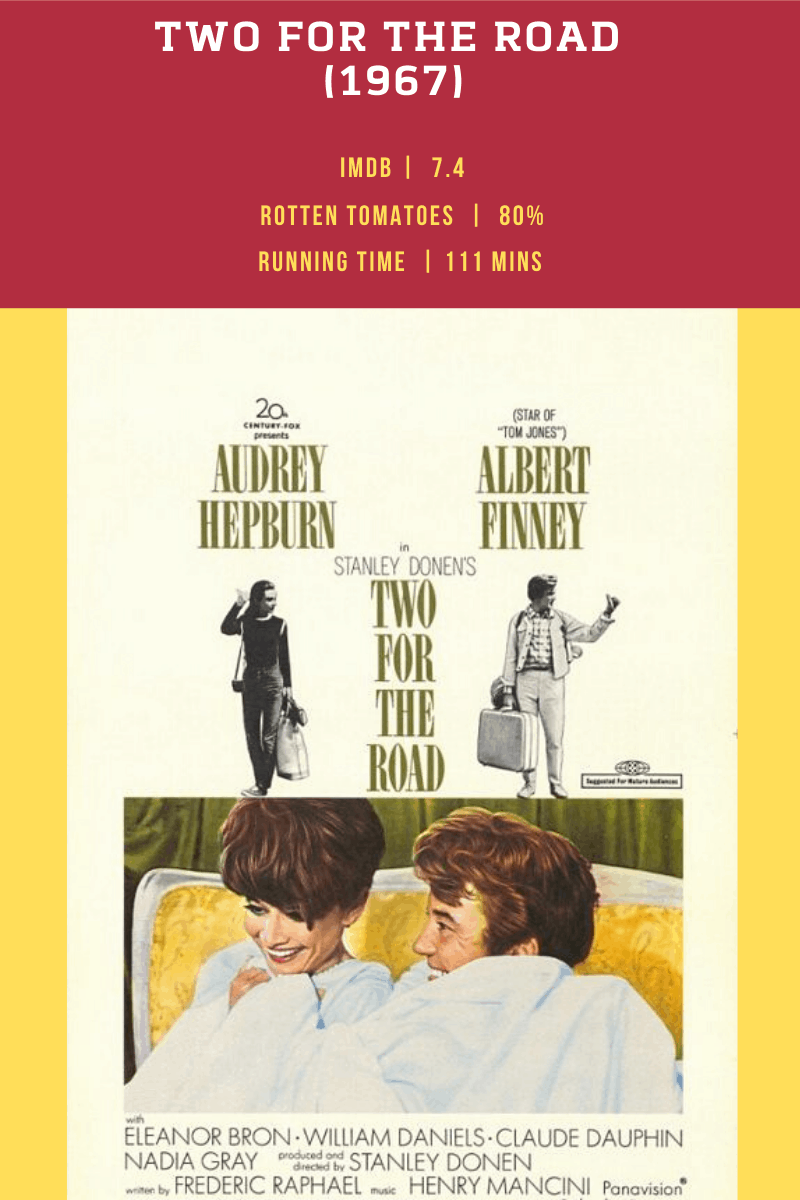 13. Two for the Road: One of the best yet lesser known travel movies

This is most definitely one of the best road trip movies. The movie tells the story of a husband and wife who take a road trip in Southern France to examine their twelve-year relationship while.

The story, the screenplay and the locations, everything about this movie is wonderful. This movie will definitely inspire you to travel to France. 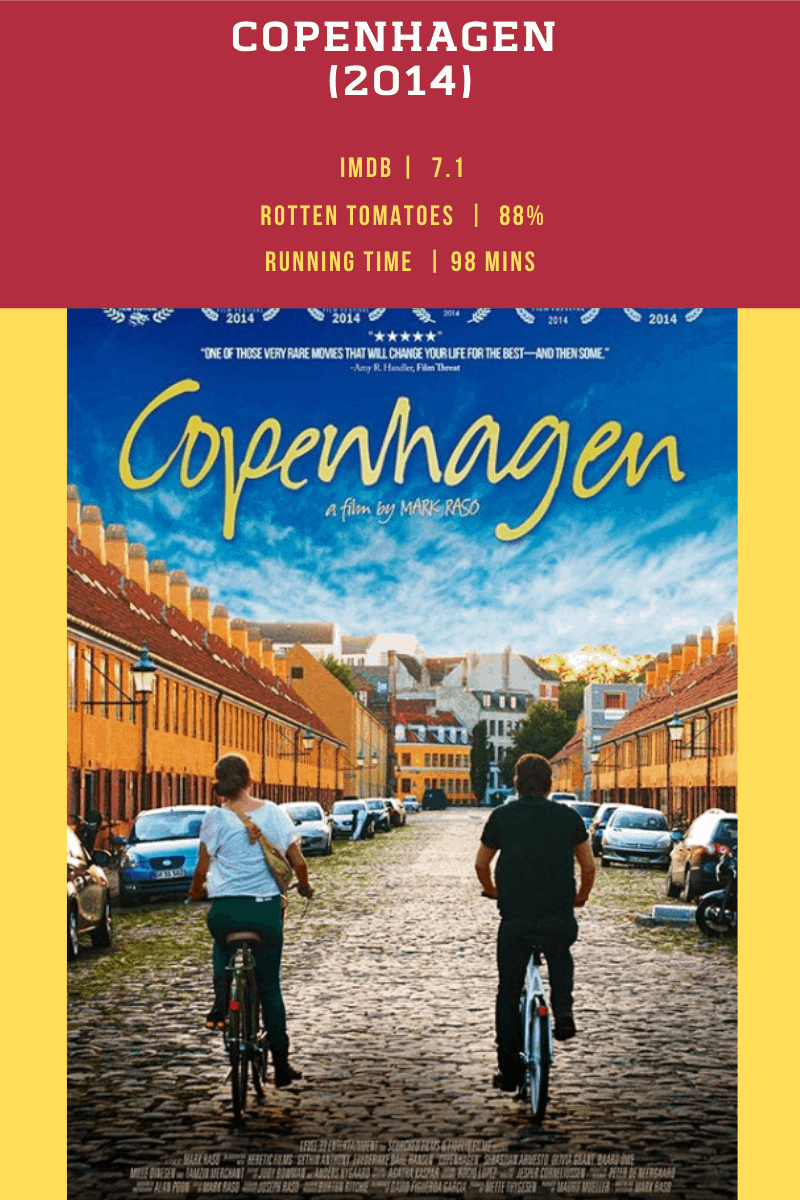 A man is travelling through Europe and finally reaches Copenhagen. Here he is in search of his grandfather and a young teen helps him in his endeavours.

Other than the beautiful cinematography the movie also explores the themes of love in a very subtle way. 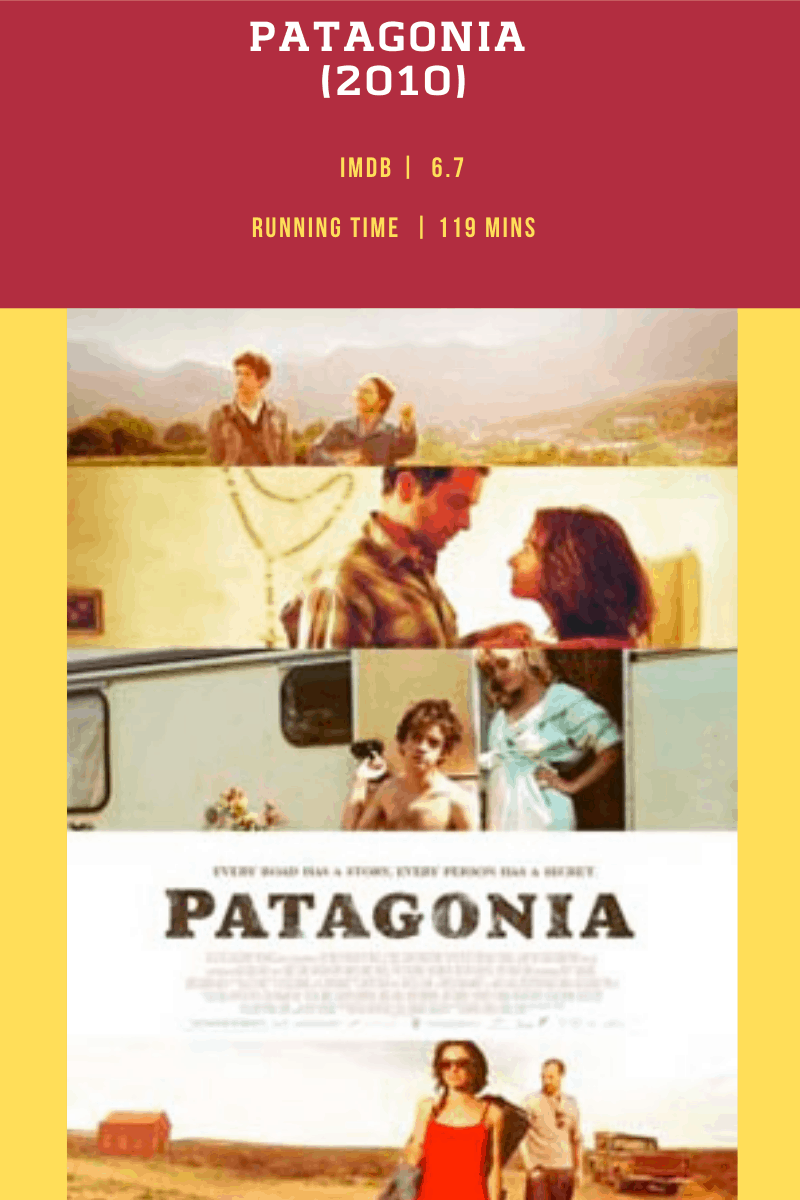 15. Patagonia: Explore the Argentian Culture in this beautiful Movie

The story centres around the journey of two women who take a journey to escape from their mundane lives. In their journey, they try to find peace within themselves.

The movie can be seen in 4 different languages including Welsh, Spanish, English and Polish. 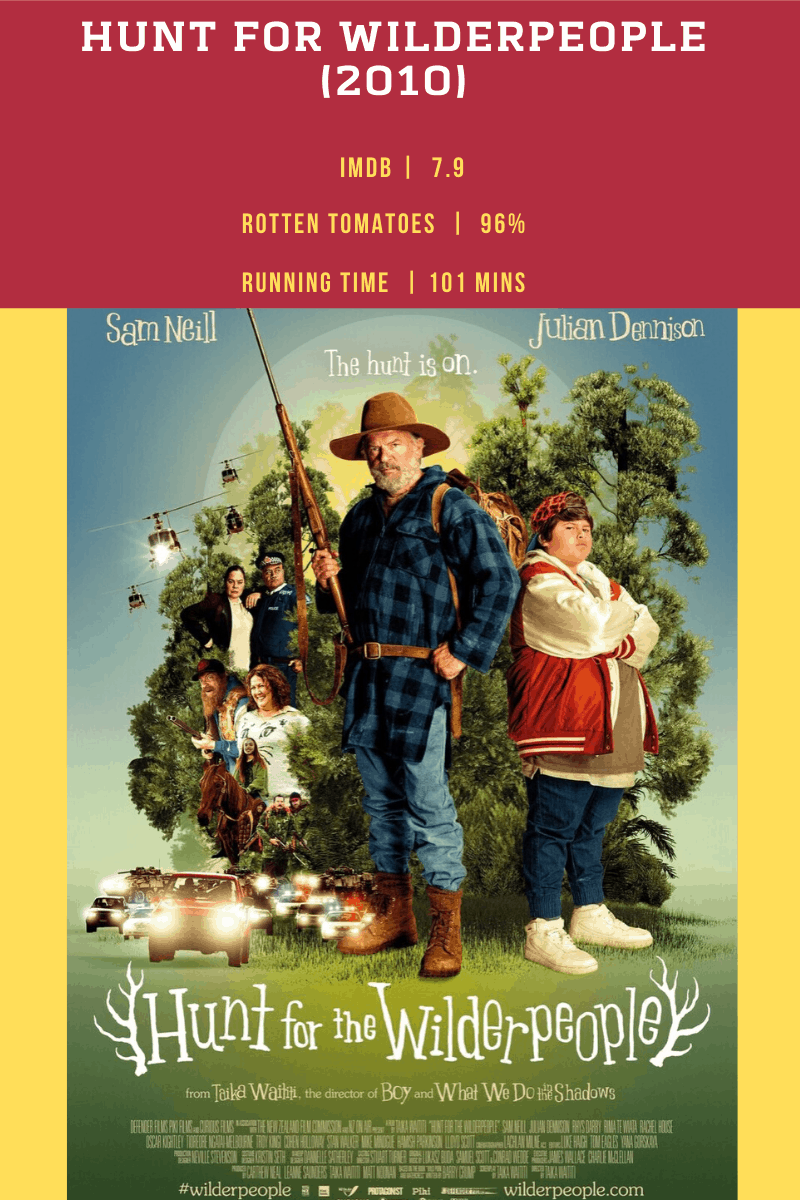 16. Hunt for the Wilderpeople:  An amazing Adventure- Comedy Film

The movie is based on a book titled, ‘Wild Pork and Watercress’ by Barry Crump.

So, while you are still stuck indoors, watch some of these amazing travel movies to quench your thirst for travel. Do let me know in the comment section below if you know any other good but lesser-known travel movies.