Le Caudan Waterfront is situated in Port Louis, the capital of Mauritius. Visiting this waterfront shopping and entertainment complex, you’ll realize that Mauritius is much more than its zoos and beaches.

The shopping experience here is a benign one. If shopping is not something that calls out to you, you can simply stroll on the walkways covered with colorful umbrellas, unwind at the Le Caudan Waterfront café, try your luck at the casino, and gaze at ships coming into the harbor.

If you plan on visiting Mauritius, make sure this site is on your list. To give you a brief overview of what it’s like, I’ve highlighted key details in the table below.

For further elaborations on the above-mentioned points and for additional tips and details, keep reading. Don’t you want your trip to Mauritius to be perfect?

The peninsula called Le Caudan, a historical site has been home to quays, warehouses, various small enterprises, and an astronomic and meteorological observatory over the last 250 years. After 1980, this site became a popular harbor where sugar bags were transported by trains, trucks, boats, and carried by hundreds of hands.

Frequented by travelers and locals alike, Le Caudan Waterfront is now an integral part of the cultural landscape of Mauritius. The place gets its name from a famous figure, Jean Dominique Michel de Caudan. In 1726, he started a salt pan in the southwest of Port Louis. This area is now known as Robert Edward Hart Garden and is situated on the entrance road leading to the waterfront.

The main building known as Barkly Wharf was named after Sir Henry Barkly who was appointed the governor of Mauritius from 1863-1870.

Some of the stores where I witnessed relatively greater footfalls were:

When it comes to clothes, the list of shops is endless. The most popular shops are Delire, Entrez, Dockland, Citysport, Karl Kaiser, Peace Angel, Laughing Duke.

The Craft Market – For Art and Craft Buffs

The Craft Market is a treasure house for arts and crafts enthusiasts. Of unique regional handicrafts, souvenirs made out of coconut, glass and wood, elaborate collections of semi-precious stones, wooden sculptures, and grounded spices, the craft market consists of as many as 36 stands.

The market is an abode of local Mauritian artists possessing great talent and skills. During my visit, I was pleased to bump into a woodcarver who had won many prizes, and a humble artist who has been painting for nearly 25 years. The market was also scattered with mehendi artists, treating customers to beautiful designs just as requested by them.

When here, you must definitely look out for PEM (Philip Edward Marie). An iconic figure of Le Caudan Waterfront, he is almost always there – lurking around, passionately speaking to visitors about his passion for woodcarving, and breathing life into pieces of wood.

This luxury venue is all about creative and innovative minds coming together, and putting up a spectacle for their audiences. Here, you can opt to attend a movie screening, a stand-up comedy show, or an orchestra – all of it in utter style.

Premium is an understatement when it comes to the Caudan Arts Centre. It comes with seats that can be converted into sofas, fancy cocktails, and your choice of delicious tidbits to accompany your drinks.

Tickets can either be bought online, or physically at the Caudan Arts Center reception

The Umbrella Alley – A Paradise for Instagrammers

If you’re someone who likes cute and vibrant surprises, you must visit this alley. A narrow lane covered with colorful floating umbrellas, a number of visitors can be found strolling around here. Its happy aesthetics also make it one of the most instagrammable spots in Le Caudan.

Up For Some Gambling? – Casinos in and Around Le Caudan Waterfront

Over the years, a number of casinos have sprung up around Mauritius.

The Caudan Waterfront Casino is a popular hotspot in Port Louis and is visited by thousands of people. It is situated in the beautiful waterfront area and started operations back in 1996.

A few hours spent at the casino will assure you a great time. It’s a great place to let loose, and go gaga over some good games. This place also goes against the famous “Port Louis has no nightlife” conception.

Feasting Away at Le Caudan Waterfront

What you really need after a tiring day of shopping is a wholesome meal. As you might have expected, there are plenty of eateries at Le Caudan Waterfront. L’Observatoire was launched back in 2014, which includes around 17 food outlets on the site of the former Caudan Waterfront food court.

The idea was to offer its visitors a wider culinary variety. Additionally, conceptualizers wanted to introduce Mauritians to international trends and to branch out to a larger number of cuisines. Furthermore, there are a number of cafes, restaurants and beverage stalls in Le Caudan.

For anyone who wants to enjoy true, and authentic Arabic food on an African island, this is the place to go. Hot cups of delicious Turkish coffee are accompanied by a wide variety of wraps, sandwiches, tarts, pastries, and the popular Arabian delicacy baklava.

If you’re not a Mauritian, chances are you want to try the local cuisine. Well, at least I was keen on it. Mauritian cuisine is a wonderful blend of French, Chinese, Creole and Indian food. If you do visit Ken’s, do try the Ah Kong Boulettes if you’re a non-vegetarian. You won’t regret this. Another must-try is the Roti Chaud – a popular form of street food across Mauritius.

There’s a host of other restaurants you could visit while in Le Caudan Waterfront, but this is my personal list of favorites. I can say without any doubt that here, you’ll find the best restaurants in Port Louis.

There are a number of hotels (Le Labourdonnais and Le Suffren) at Le Caudan Waterfront where restaurants and bars can be found. The commercial center subsists pastry counters, coffee bars, ice-cream parlors, pubs, fast food outlets.

Furthermore, do try the local beer of Mauritius – Phoenix Beer, named after the town it’s produced in, and Flying Dodo – the only craft beer produced on the island. Lastly, do not miss the sugarcane juice at the Creperie.

Port Louis is the administrative and business capital of the island. Here, large businesses and little trades coincide. Port Louis is home to the biggest port facility in the Indian Ocean region, and is one of Africa’s major financial centers.

The number of ships visiting the port annually is over 2,200. The trade of various goods occurs through the port where Le Caudan Waterfront is situated.

History Lovers, This One’s For You – The Blue Penny Museum

In addition to being a complete package for shopaholics, Le Caudan Waterfront also allures history lovers. Just as the name suggests, the Blue Penny Museum houses one-penny and two-pence stamps of 1847. However, it doesn’t limit itself to just that.

It also takes you on a historical journey of the island – its exploration, settlement, colonial period, and overall development over the years.

Also important to note is the fact that the stamps are all displayed on the 1st floor, and the museum doesn’t have a lift. On the ground floor, you’ll find an incredible collection of antique maps, photographs, carvings and engravings from different periods of the country’s history.

Although the public transport system in Mauritius isn’t as well-developed, there exist 2 bus stops in Port Louis. You are going to have to take the bus to Victoria Square. Hereon, it’s a 10-15-minute walk to Le Caudan Waterfront.

For further instructions on where you need to board the bus from, simply ask any local. This would largely depend on where you’re travelling from.

Note: A short bus ride costs as little as Rs 15 – which is minuscule when compared to taxi fares.

Taking a taxi to get to Le Caudan Waterfront is of course, one of the options. However, taxi fares vary largely across the island. To make matters worse, meters are rarely used and tourists are often quoted any number under the sun.

Note: Taxi drivers will generally charge more at night. Some cheeky drivers might as well ask for more money for air conditioning, whereas some might have the cost adding up if you keep them waiting.

If you’re someone who fancies independence while travelling, you might want to hire your own vehicle. This will save you the hassle of arguing with cheeky taxi drivers, and waiting for buses/shuttles.

Note: Although you could rent out 2-wheelers for much lesser, I would personally advise against it. Mauritius is one of the most dangerous country when it comes to driving around on motorbikes. Roads are hazardous, and driving is reckless on a whole. Always remember, safety over saving a few bucks.

I hope that this little guide helps you navigate your way around the place. All in all, Le Caudan Waterfront in specific and Mauritius, in general, is a great place to be for travelers. So, take a break from the beaches and visit Le Caudan Waterfront in Port Louis. You’ll realize that it’s no big feat spending an entire day here. 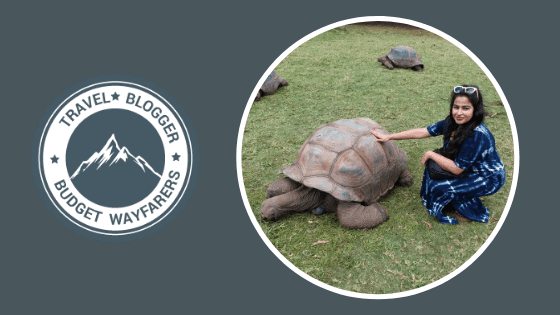 Muskan Bindra is a traveler at heart and loves taking trips. She travels as and when she finds time on her hands. Traveling helps Muskan in gaining more experience, exposure and pushes here outside here comfort zone. Making note of her travel experiences is her treasured pursuit. She prefers clicking pictures in natural locales and always almost has her camera with here. Academically, Muskan has a degree in law.