14 Stunning Islands you are Not Allowed to Visit as a Traveller!

Islands you are not allowed to visit- has this thought ever crossed your mind? If yes, you have landed on the right blog.

When you think of an island, what comes to mind? I picture myself relaxing near a deep blue sea on a perfect sandy beach. However, not all islands are sandy and not all are open to exploration.

In this blog, I will share with you a list of 14 islands that you are not allowed to visit. The restrictions have been put in place for a number of reasons. These include the safety of the visitors, security reasons and many more.

14 Islands You Are Not Allowed to Visit, Trying Will Land you in Trouble!

There are many places around the world, that do not welcome visitors. These places include many topographical regions on the planet including the islands.

Trying to visit the prohibited islands is nearly impossible. Even if you manage to reach it somehow, you can land yourself in huge trouble. Here’s a list of the islands that you are not allowed to visit: 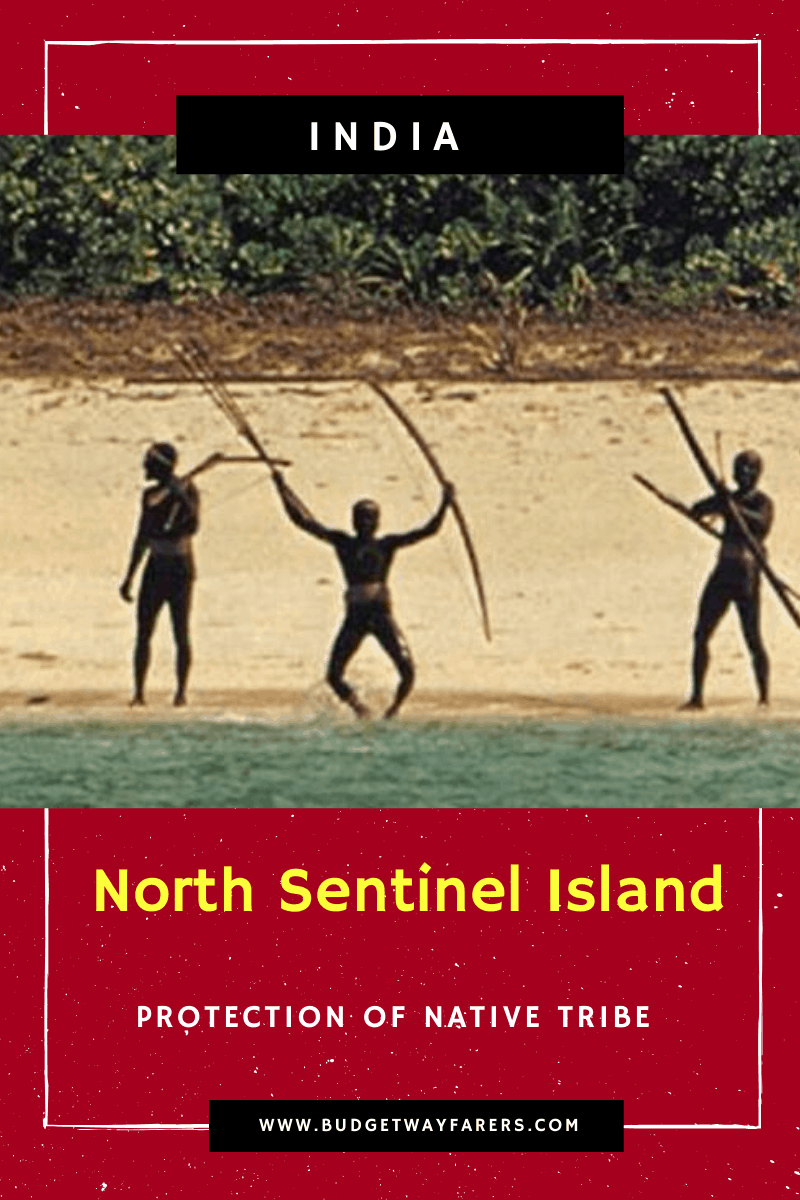 If you have been updated with the recent news, you might have heard of the North Sentinel Island in Andaman, India. In late 2018, an American man was killed by the native Sentinelese tribals. Despite the ban, he reached the remote Island secretively and was trying to preach Christianity to the isolated natives.

Located in the Indian Ocean, the natives of North Sentinel Island have been isolated from the main island for ages. Any efforts to make the natives a part of the mainland have met resistance.

In 2006, the Indian government prohibited travel within 3 miles of the Island to prevent any harm to visitors and to protect the native inhabitants. This is thus become one of the most forbidden places in India. 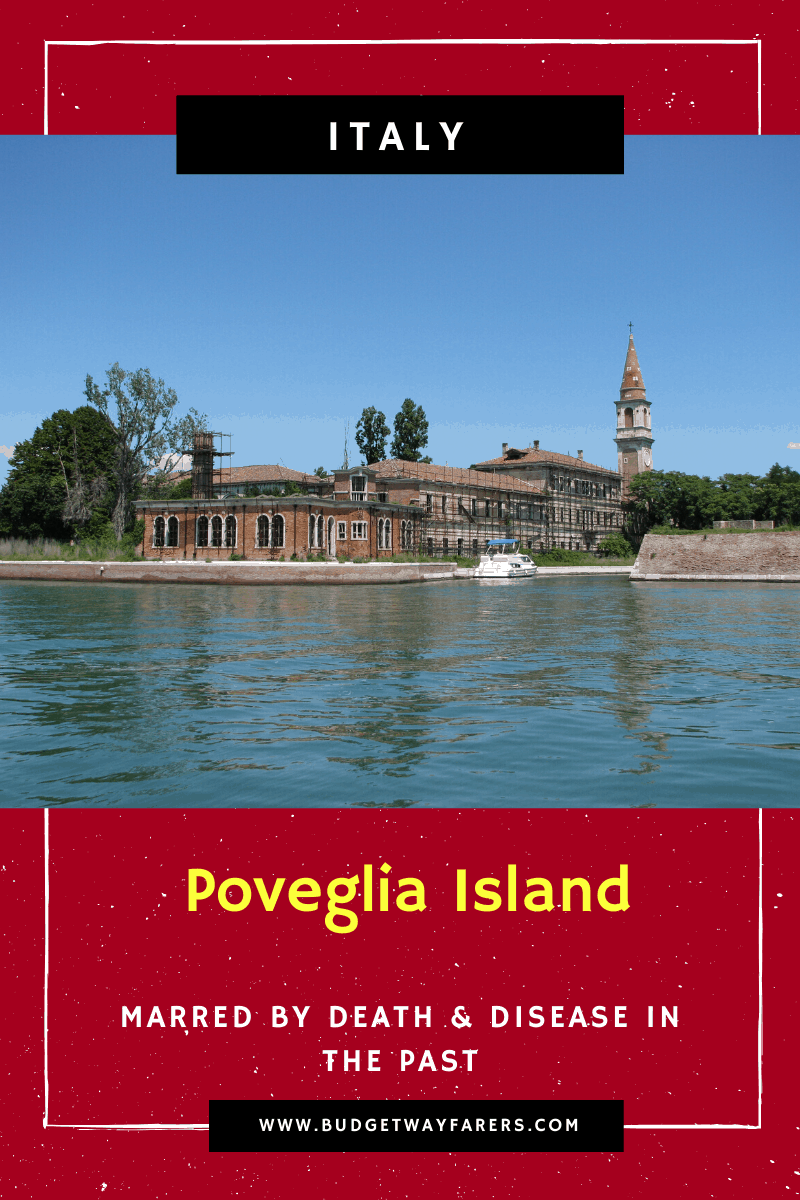 This small island has a dark history. It was used as a plague quarantine centre and later as a mental hospital. Prominent buildings of the island include a church, a hospital, an asylum and a bell-tower

Visits to the island are completely prohibited. The island is state property and completely uninhabited.

Estimates suggest that over 1 lakh people died of plague here and were buried in the pits. It is also speculated that many mental patients were tortured and killed here. 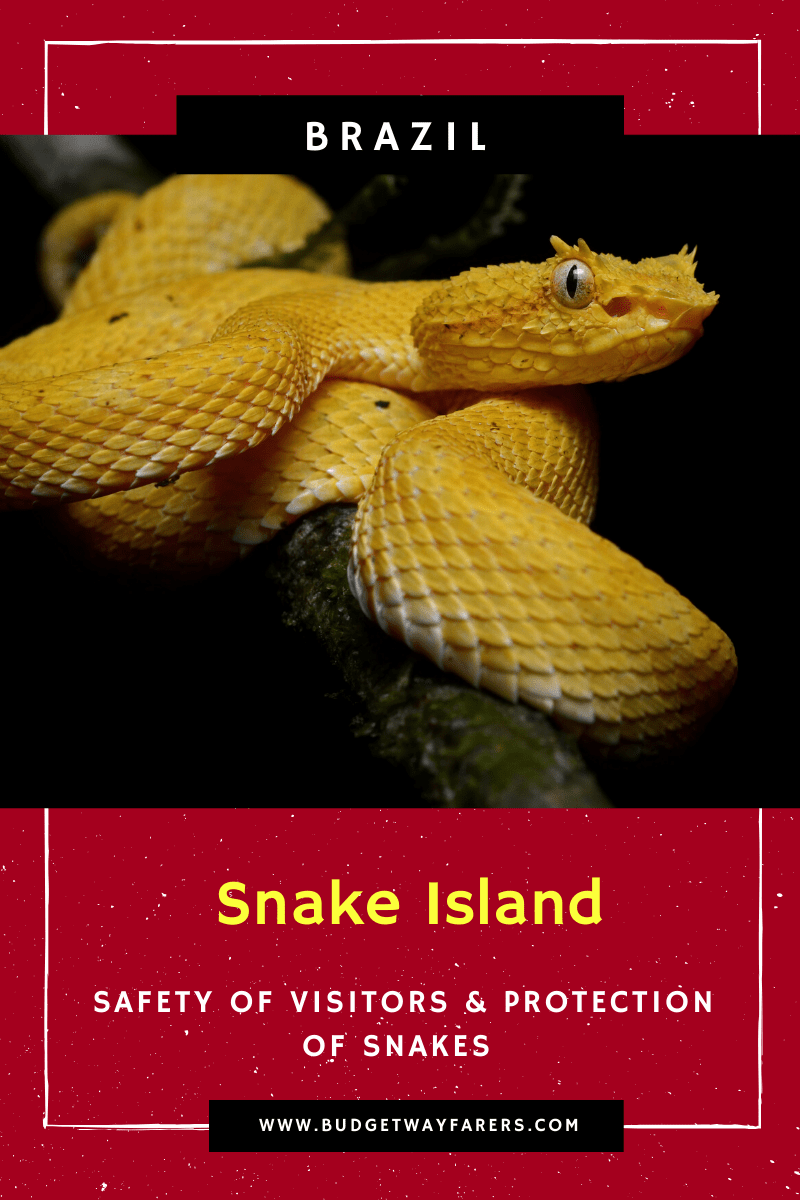 This is one of the most dangerous and most restricted places on earth. The entire island is covered with snakes. It’s believed that the snakes became trapped on the island when the rising sea levels disconnected the island from the mainland.

For the safety of visitors and snakes alike, visitors are completely barred from entering the island. Only selected researchers and the Brazilian Navy is allowed to visit the snake island.

The main highlight of the island is the critically endangered snake species called the golden lanceheads.  There are about 4000 lancehead snakes on the island. The snake is supposedly 5 times more poisonous than its mainland relative and can melt away human skin. 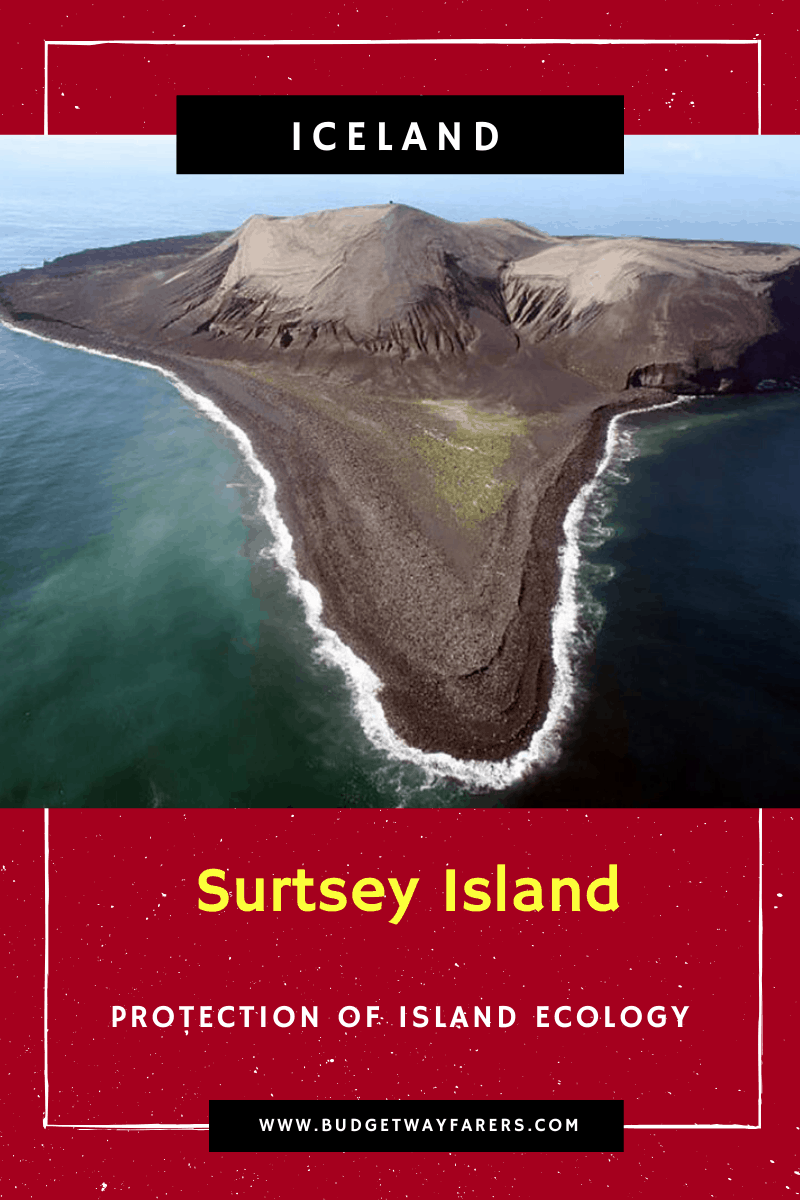 Surtsey Island is believed to be the newest island on the planet made by volcanic eruptions. It became an island in the 1960s. The island was declared a World Heritage Site by UNESCO in 2008 for its immense scientific value.

Only a few scientists are allowed to visit the island. This is done so as to protect the island’s environment and minimize human interference.

Scientists believe that the ecological balance of the island is extremely sensitive and any human interference can hinder its natural course of development. Over recent years, the island has become home to a number of animals and sea birds. 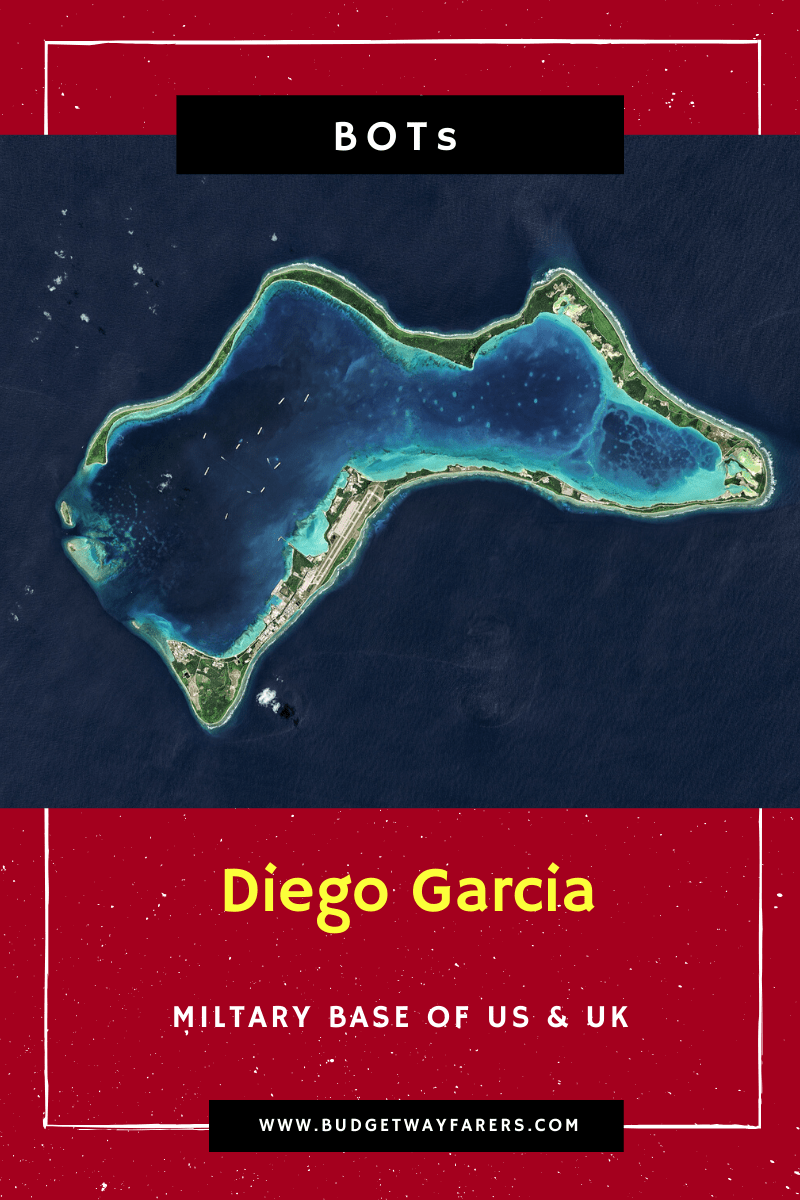 5. Diego Garcia, British Indian Ocean Territory: Forbidden to anyone Other than High-Ranking Officials

Diego Garcia is a small island in the Indian Ocean that was once inhabited by around 2000-3000 people. In 1973, The British forcefully evicted all the native inhabitants and made it their overseas territory.

Today the island serves as a military base for the US Army and is off-limits to visitors except for officials. Visitors are not even allowed within 3 nautical miles of the island.

The island of Diego Garcia is strategically located and offers proximity to East Africa, the Middle East and Southeast Asia. 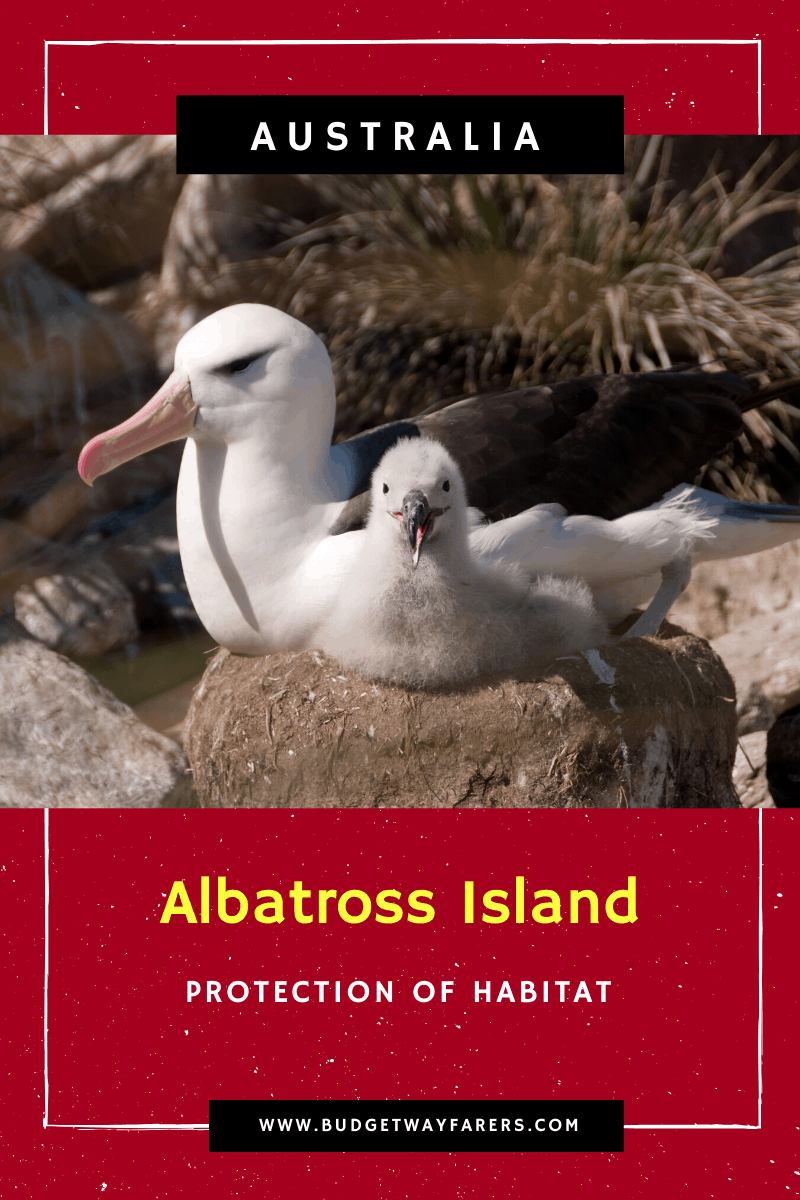 The Island acts as a breeding ground for one of the largest flight birds – the albatross. The island is believed to be home to around 40% of the bird population.

The Albatross island is off-limits to visitors in order to protect the habitat of the birds and animals that live here. 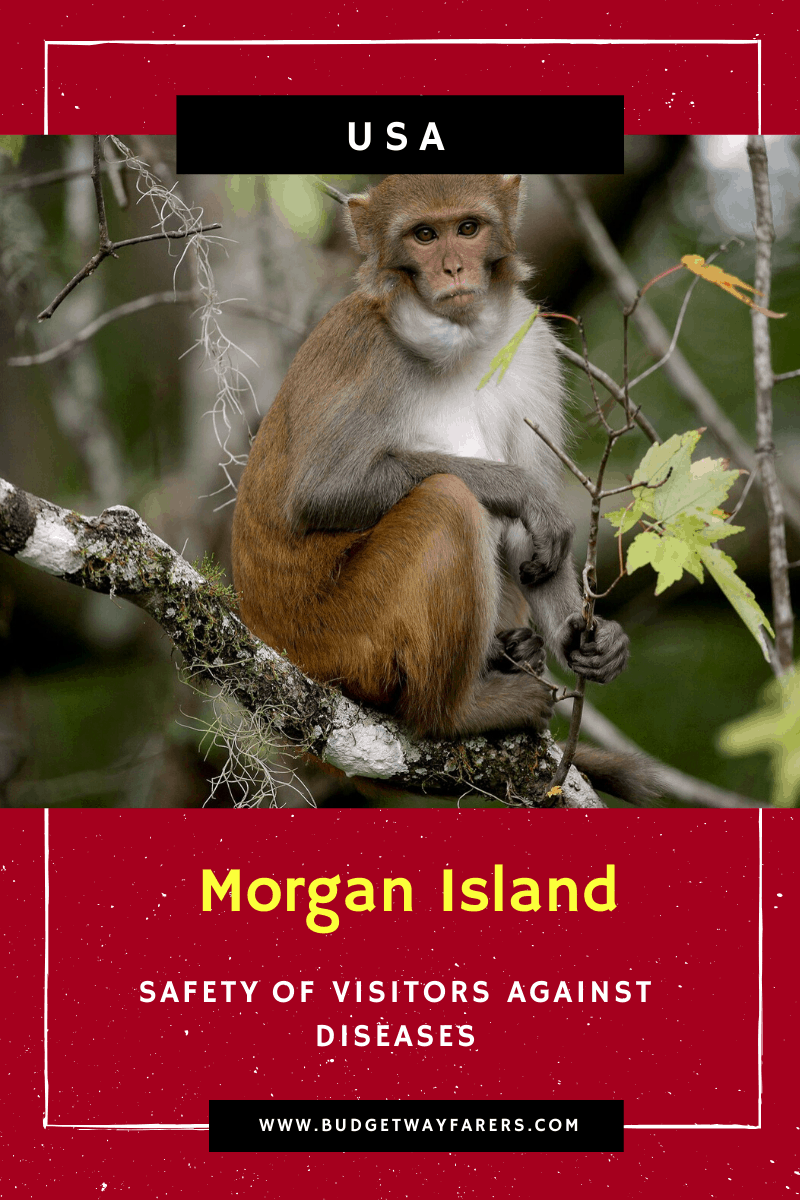 7. Morgan Island, USA: Forbidden because Contact with the Monkeys on the Island can be Deadly

Morgan Island is an uninhabited island in South Carolina that is home to thousands of Rhesus monkeys.

The monkeys on the island are said to be infected by the Herpes B virus.  They were moved here from Puerto Rico as they were passing on the disease to the native human population.

Therefore, it is completely restricted to visitors for their own safety and the safety of the monkeys.  However, researchers with special permissions are permitted to enter the island. 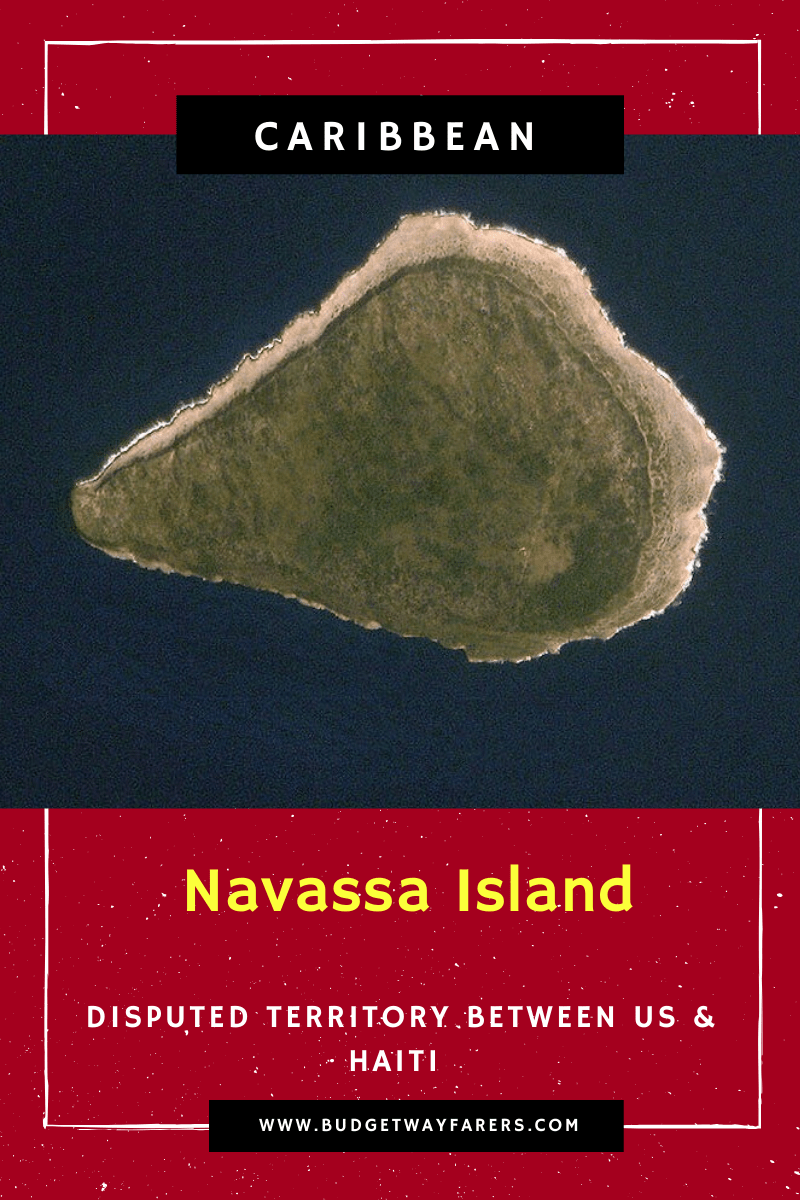 Navassa Island in the Caribbean Island is a disputed territory between Haiti and the United States. In the midst of the dispute, the US declared the island and the waters around it as Navassa Island Wildlife Refuge.

The Island and 12 nautical miles radius of the Island are restricted to the general public to ensure the protection and preservation of the island.

Visitors who wish to visit it for scientific reasons, have to take permission to enter its territorial waters and land. 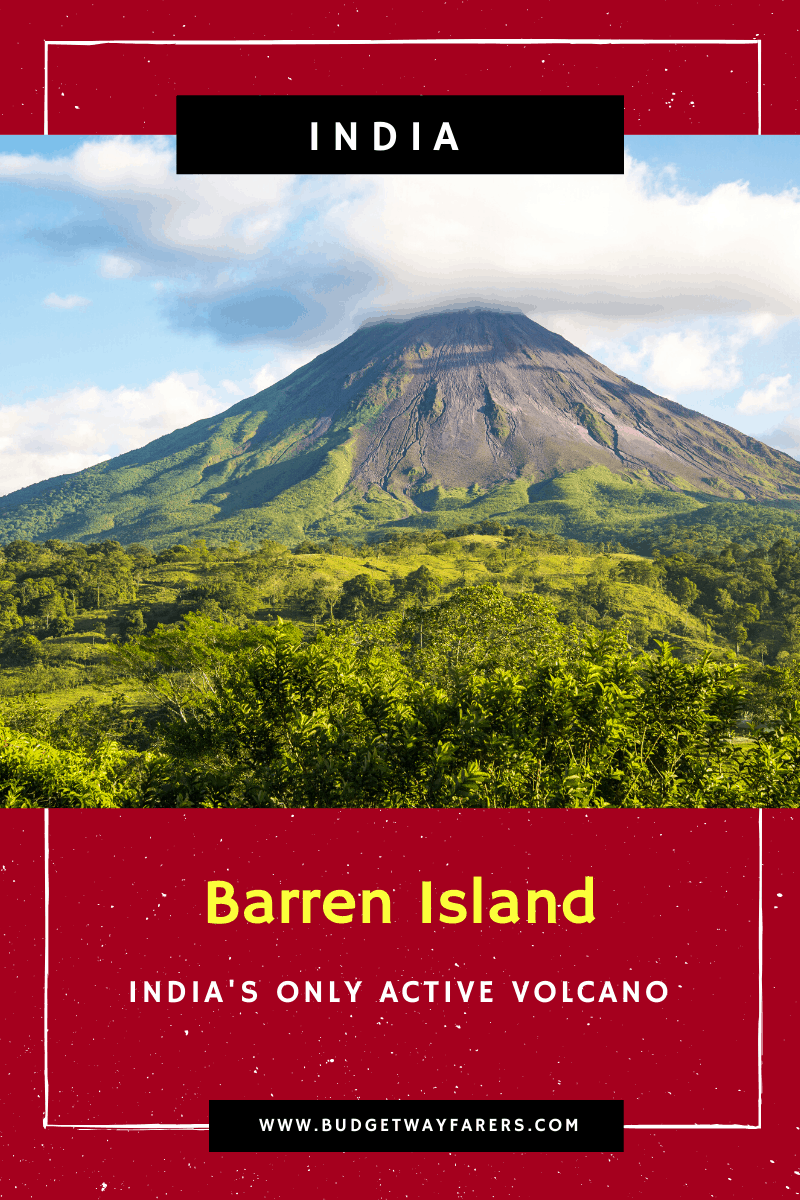 9.  Barren Island, India: Home to the Only Active Volcano in India

While the Andaman Islands remain one of the most beautiful travel destinations in India, not all of it is accessible for tourism. Located in the Andaman Sea, Barren Island has the only active volcano in South Asia. As a traveller, you are prohibited to go close to the volcano.

If you wish to go to see the island, you can look at it from a distance from a ferry or boat. Visitor safety is the primary concern when it comes to the inaccessibility of the Island.

Since the place is off-limits to any kind of visitor, the waters around the island are said to be pristine. They also are known for sprawling Manta Rays, splendid basalt formations, and beautiful coral reefs. 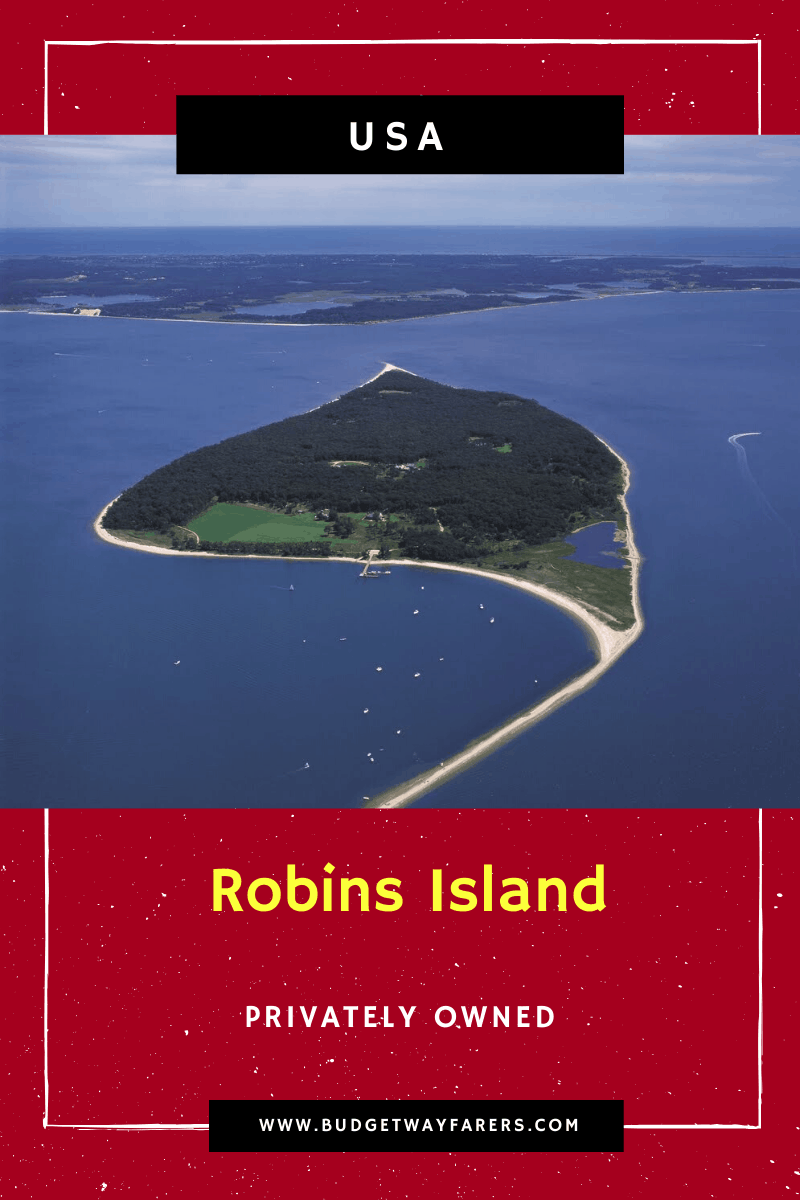 10. Robins Island, USA: Outsiders are Completely Forbidden from this Island

The Island has been held privately for the last many years. Since it is private property and is not open to the public. 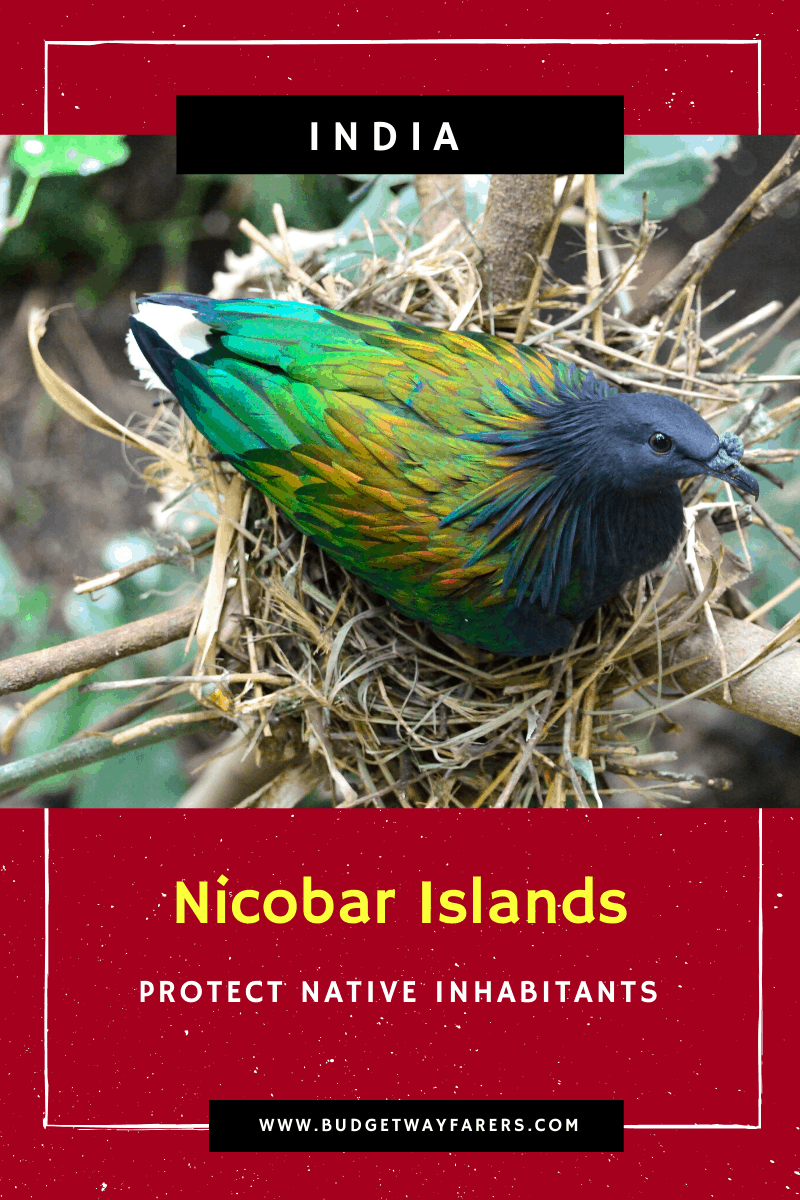 11.  Nicobar Islands, India: Travellers are not allowed to visit to protect the native Culture & Inhabitants

While Andaman Island in India hosts several tourists every year, Nicobar Islands is not open for tourism. The island is home to several indigenous tribes, chief among which is the Shompen tribe.

The Government has prohibited the entry of any tourists to the island, mainly keeping in view the native population and the strategic location of the Islands.

The Nicobar Islands are untouched and pristine, mainly because of less commercial activity.  Only researchers are allowed in certain parts of the Island, that too after going through rigorous formalities. 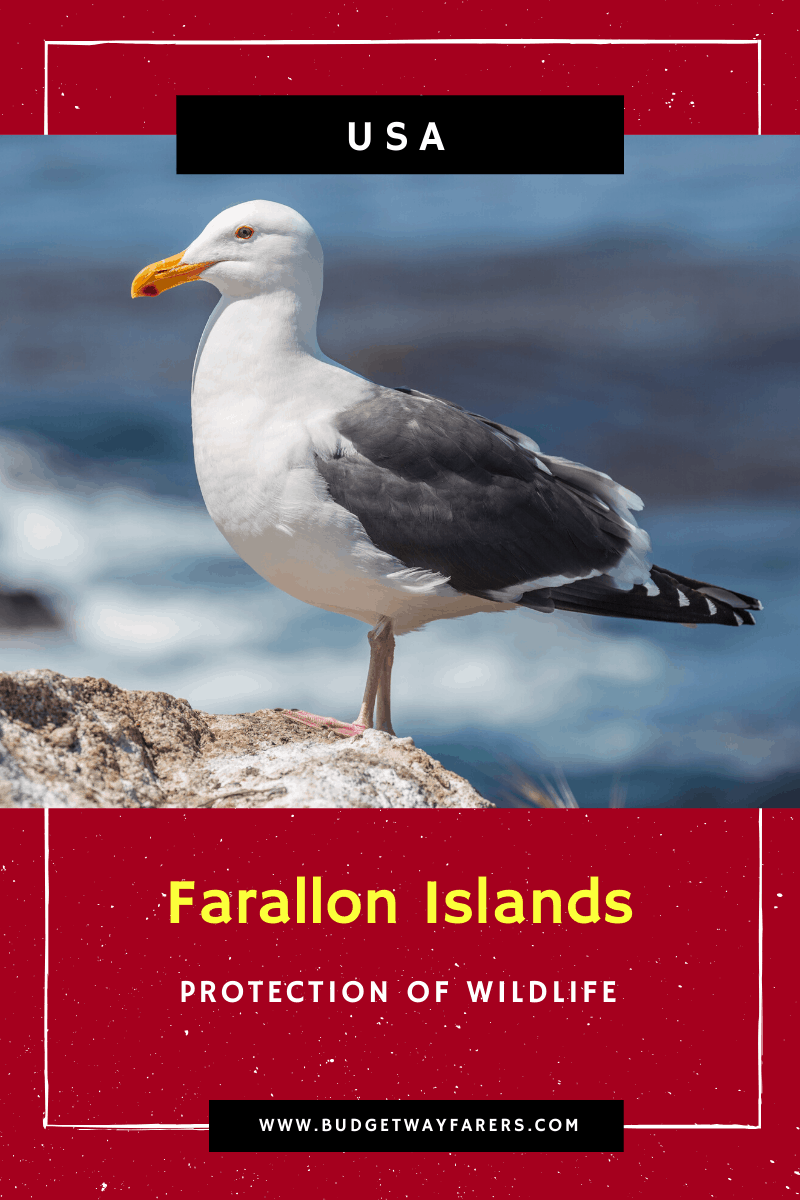 12. Farallon Islands, USA: Island you are not allowed to visit to Protect the Wilderness

Farallon Islands is a remote island that is home to a large number of bird and animal species. The islands are located around 30 miles from California.

The Islands are off-limits to visitors because of the steep, rocky shoreline and also to protect wildlife, which is very sensitive to disturbances.

They are home to the largest seabird nesting colony south of Alaska, the largest colony of western gulls in the world, and they also are said to support half the world’s population of Ashy storm-petrels. 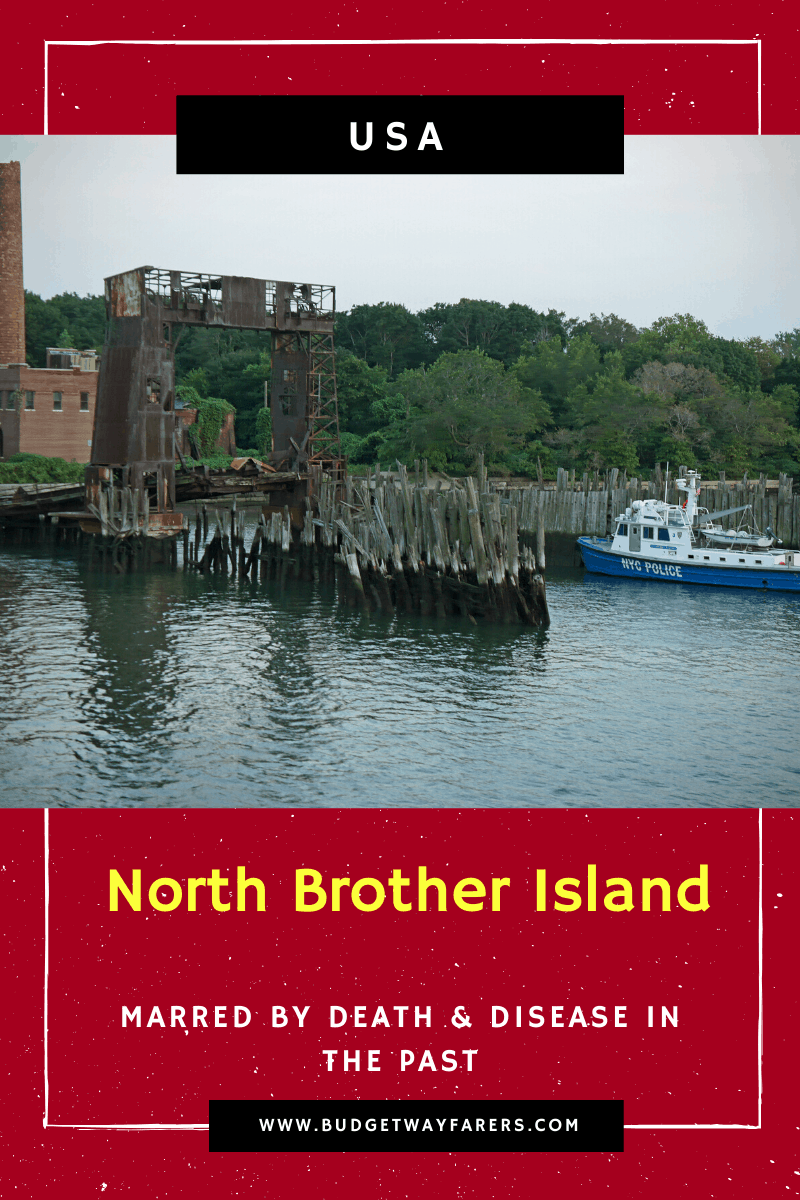 13. North Brother Island, USA: An Island with a Dark Past and a Creepy Present

This is another island with a dark past. The Island is located in New York City and is currently abandoned.

It is on this Island where Typhoid Mary- the first American to carry typhoid fever was quarantined. Later it was used as a rehabilitation centre for drug addicts. Currently, the island houses a bird sanctuary and is completely off-limits to visitors.

It is illegal to visit the island. If you wish to visit it for some reason, you would have to take permission from the New York City Department. 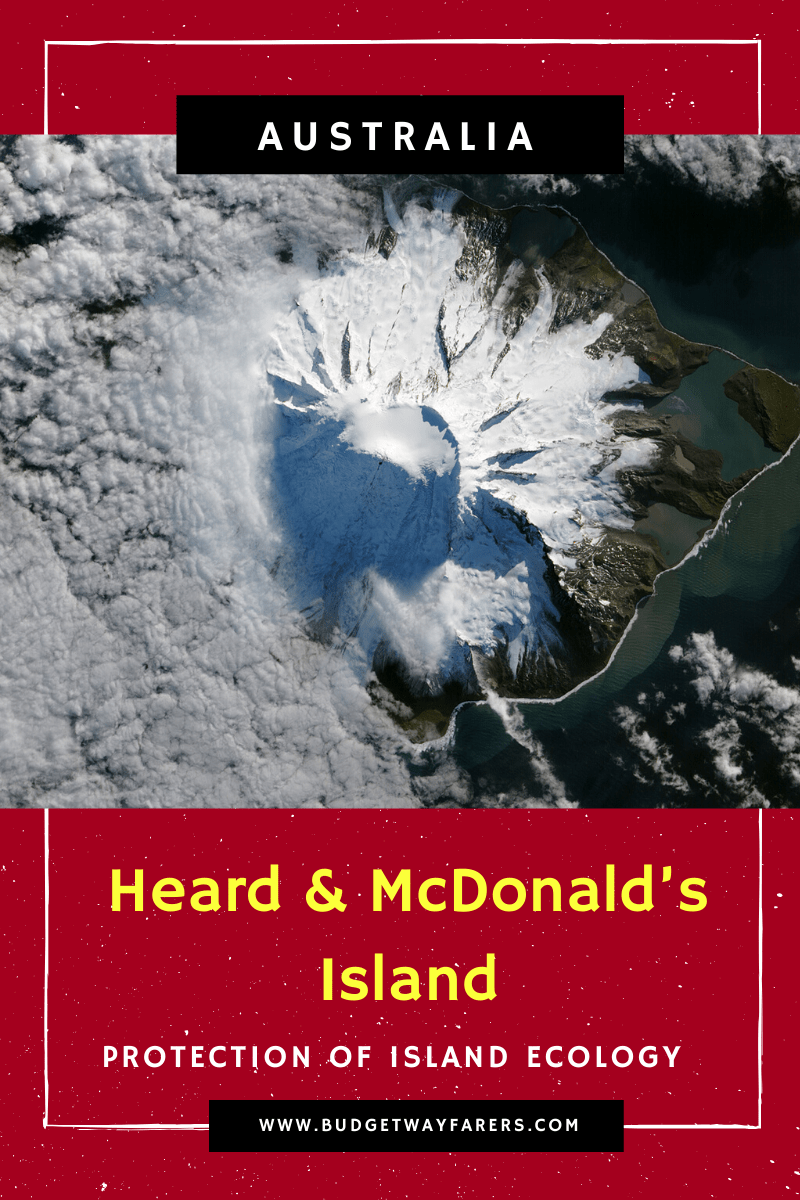 The Islands form a part of the IUCN’s Strict Nature Reserve and are therefore strictly protected. Only researchers are allowed to visit that too after obtaining permits from the Australian Antarctic Division.

Although inhospitable for human life, the islands have the perfect living conditions for animals including penguins, sea birds and seals.

So, these are all the islands that you are not allowed to visit as of now. In case you know of any other islands I missed in this list, please write them down in the comment section below. 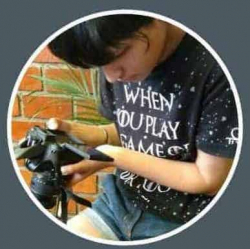 Divya Sarjolta
I am a die-hard traveller. Academically, I am a Gold Medalist and PhD in Economics. I hail from the beautiful town of Shimla and am a Himachali by birth. I enjoy exploring life to the fullest and have pursued quite a lot of backpacking trips around India, Two things I crave more than anything else is good food and travel. I try to lead my life by my favourite lines from Game of Thrones. As Oberyn Martell puts it, “It is a big and beautiful world. Most of us live and die in the same corner where we were born and never get to see any of it. I don’t want to be most of us.” So, explore while you can. You can reach out to me on Instagram or Quora.