Camp, Trek and Paraglide on your First Trip to Himachal’s Bir Billling

First time trip to Bir Billing is filled with joy, excitement and adrenaline rush especially if you’re new to the mountains. The region is known for its adventurous activities especially paragliding. At the height of 2400 meters, the highest paragliding spot in India has had the honour of hosting a Paragliding World Cup in 2015. Bir Billing is known as “The Paragliding Capital of India.”

Soaring high in the clear blue sky and witnessing the lush greenery all around is a feeling to remember. You feel light like a bird swaying against the gentle breeze.

As the saying goes, “when the mountains call out to you, just forget everything else and go visit.”

Before undertaking your first time trip to Bir Billing, it is important that you understand the essentials of the place. 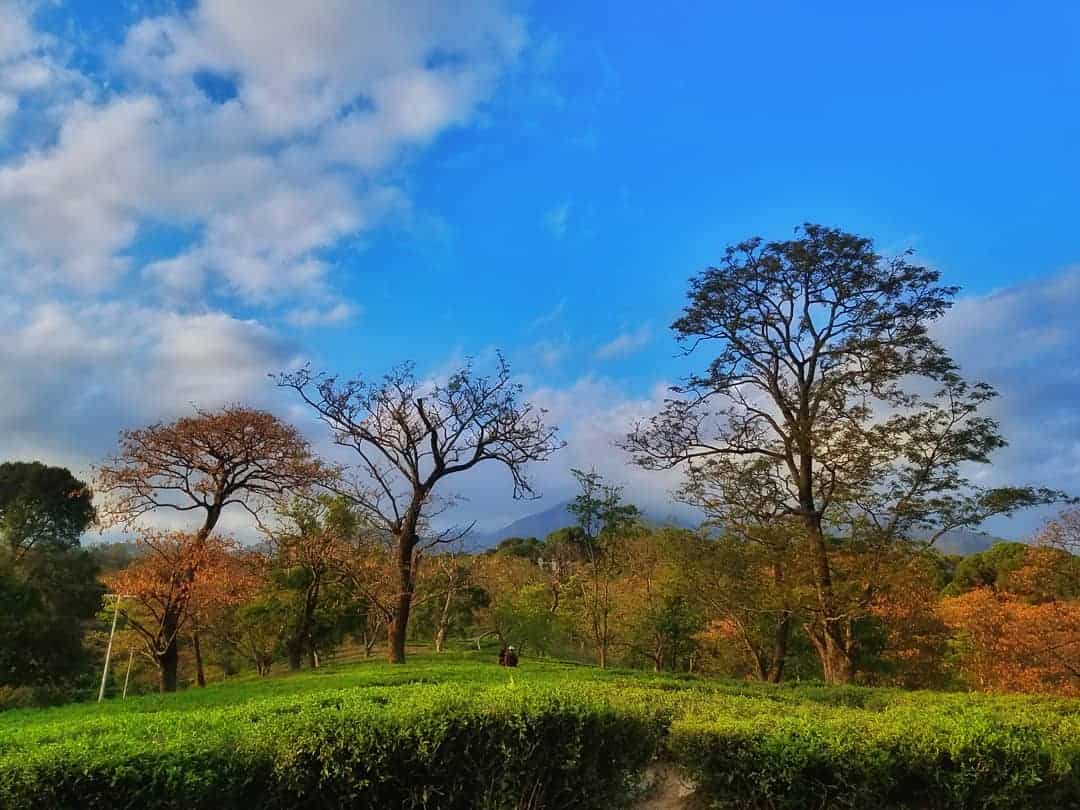 Dharamshala and Palampur are blessed with beautiful tea gardens. Photography by Amit Solanki

The Dilemma of Choices

The timing of my first time trip to Bir Billing was such that chances of going on three trips on my bucket list arrived at almost the same time- Spiti, Brighu Lake and Bir Billing.

The former two trips, unfortunately, fell on the same weekend that I had some urgent work. The trip to Bir Billing was a week later. This put the dilemma in my mind to rest and I was finally going to Bir Billing.

My First Time Trip to Bir Billing: The Complete Journey in Phases

I was in my 5th semester of college and had to my achievement 10 trips to various places. Yet somehow, I had never been to a commercial trip. As things turned out, my first time trip to Bir Billing was my first commercial trip as well. By commercial, I imply organizing the trip.

A group of 80 students in two buses left from the Punjabi City of Patiala, the princely state. We were told by the concerned paragliding organizers that if all of us were successful, we were going to be the biggest individual group to have glided the Bir Billing skies. Most of the travelers were on their first time trip to Bir Billing while some of them had visited before.

The onus was on me as I was the lone organizing warrior in the smaller of the two buses. The other one had three with two veterans of the club.

In the usual night trip, sleep was an entity I couldn’t take. I was cramped in a small cabin with fellow junior members of the club handling a pretty moody driver.

It was an experience in itself, things were not all dull. We had a hell of time knowing each other using the means of games on our first time trip to Bir Billing. 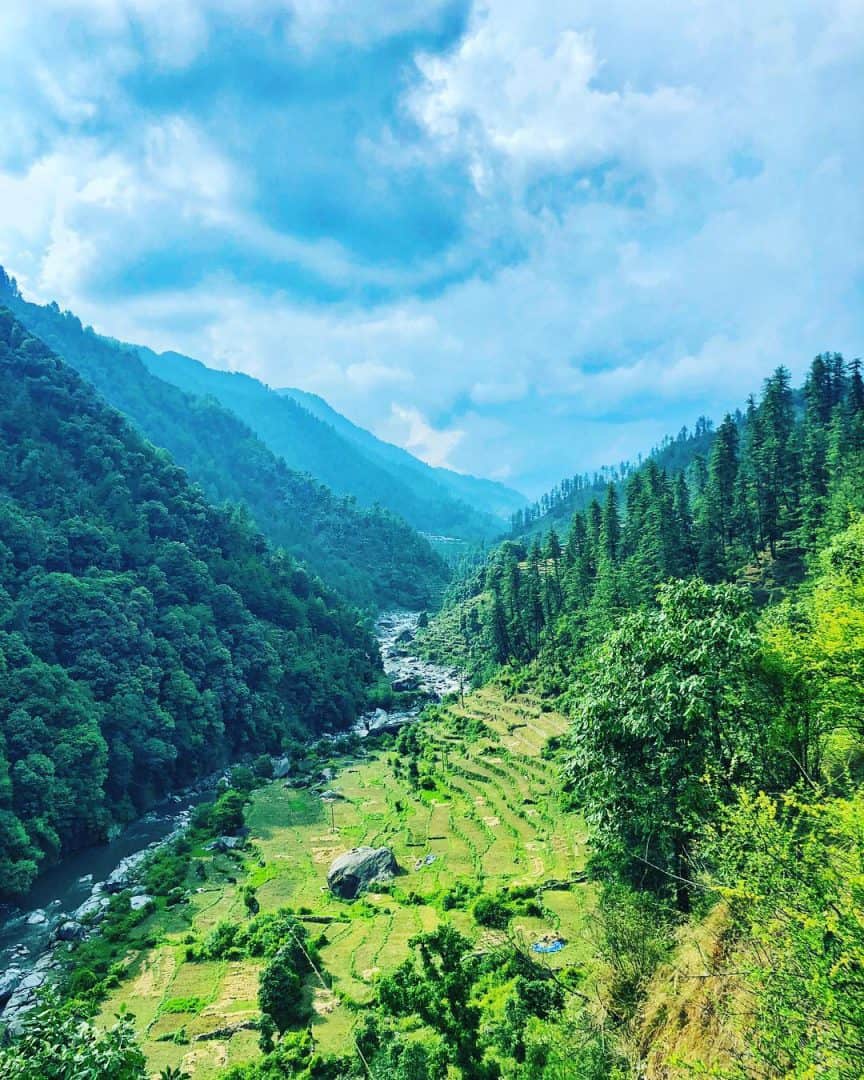 Advantages of travelling at Night

The next day was challenging to say the least. First of all, we missed out on breakfast due to some circumstances. Secondly, we didn’t take into account that the road to the campsite is that narrow and our bus won’t be able to make it through.

We were left with no option but to abandon the bus and look for other options. It must have been an hour of discussion with the rest of my team in the other bus and the staff at the camp that we were able to arrange tempo travelers for the rest of the journey.

This was the scenario with one of the buses. The other one was stuck. It couldn’t even take the routes we had taken to reach Barot. The other group was more than an hour back from where we were.

I felt a sense of tiredness in my body after a gruelling 15-hour journey that I had undertaken for my first time trip to Bir Billing. 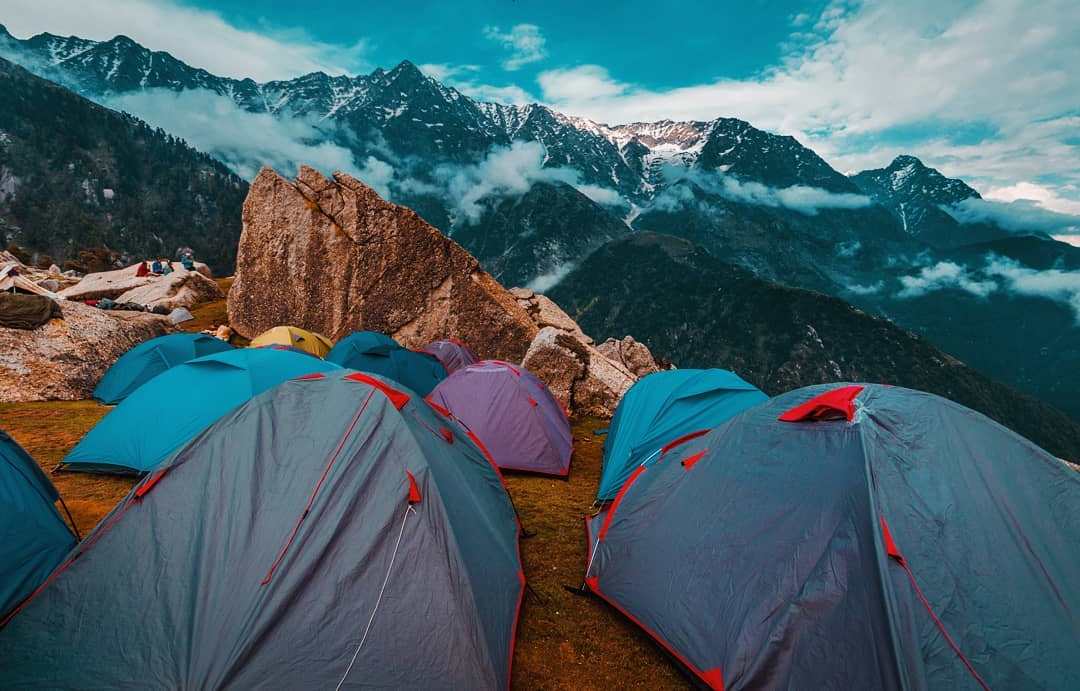 Experience beautiful campsites in and around Dharamshala. Photography by Shivam Jordan Sharma

The campsite had beautiful hill views from the tents complemented by the agricultural setup. Brunch was served to us, shortly followed by lunch. It was only after we had completed our lunch that the other group arrived.

Our schedule had to be altered slightly. Only river crossing could take place. Waterfall rappelling had to be left for the next day.

There were people falling everywhere in the river while the river was crossing. The best part, most of them were doing it intentionally. They were enjoying themselves.

The night, we thought would be under a sea of stars but that was not the case. The city lights had ensured that.

Instead of watching stars at night resorted to bonfires. This was followed by camp rituals- games!! There is something about them and are arguably the best source of knowing people better. 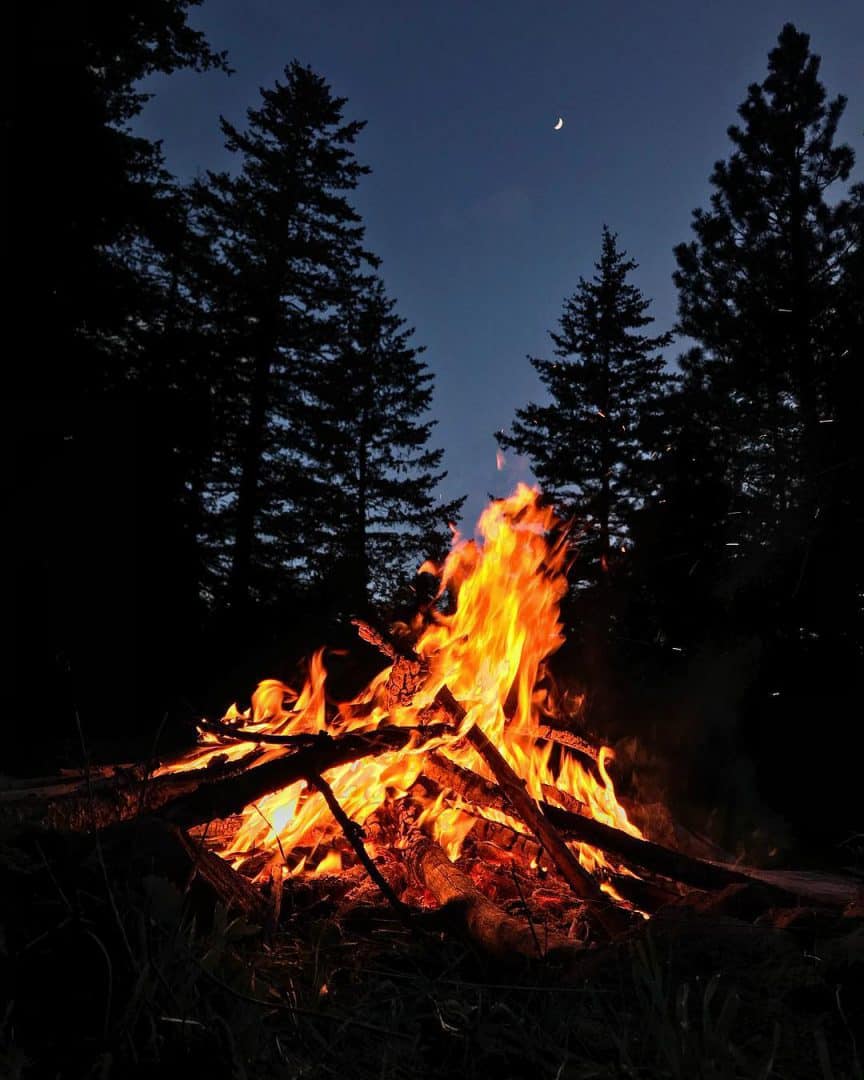 Nothing feels better than lighting bone fires and connecting with the mountains. Photography by David

The Challenges of Organizing Adventure

The next day meant an early awakening as time was short on our hands. We had to complete three activities –

The process was going slower than we expected. We organized a hike to keep the chaps busy and not get bored.

We tried hard to squeeze everything in. The organizers of the operation weren’t good. Let alone leaving us time for waterfall rappelling, they weren’t able to rappel most of the group down. The group had to return from another path in order to complete the process of getting back.

We had failure written on our heads. We thankfully had another day to make up everything- The Paragliding Day.

There are two ways of reaching Billing. One is by hiking and the other by means of a bus. Most of the people including me chose hiking.

The Hike to Bir Billing

The hike to Bir Billing from the campsite had vegetation with thorns in the trail. This was the only difficulty in the way. The trail was raw yet beautiful.

There is something about temperate regions that make you feel so smitten irrespective of the difficulty.

The Easy Trail, Made Hard

While most of us reached safely and easily to the destination- Billing, a lagging group of people which had the General Secretary of the club as well as the senior-most members of the college and the guide chose a wrong and treacherous path.

This was all due to the foolishness of one member of the club to that I had allotted a job to do. They survived somehow with minor bruises.

It was a moment that I had been waiting for a long time. I wanted to glide like an Eagle. I had to run as fast as I can and jump off the cliff with a glider at my back. Until now, I had just seen other people do it.

The first two to three minutes were filled with pumping levels of adrenaline. The rest were all peaceful till the landing. During the flight, my eyes covered all the directions except the one on my backside.

As I looked down from more than 2000 m elevations, I got a view of the entire town of Bir. On the looks of the upper region wherever my eyes went I saw mountains. I recalled that my roommate who had his first time trip to Bir Billing nearly two years back had told me to ask the instructor for stunts. I followed his advice.

But unfortunately, I was underweight and only after asking numerous times did he finally agree. I was able to manage three stunts on my first time trip to Bir Billing or should I say paragliding trip.

Here’s a little friendly suggestion – Put a few kilograms if you are underweight but not too many if you want to enjoy the glide. 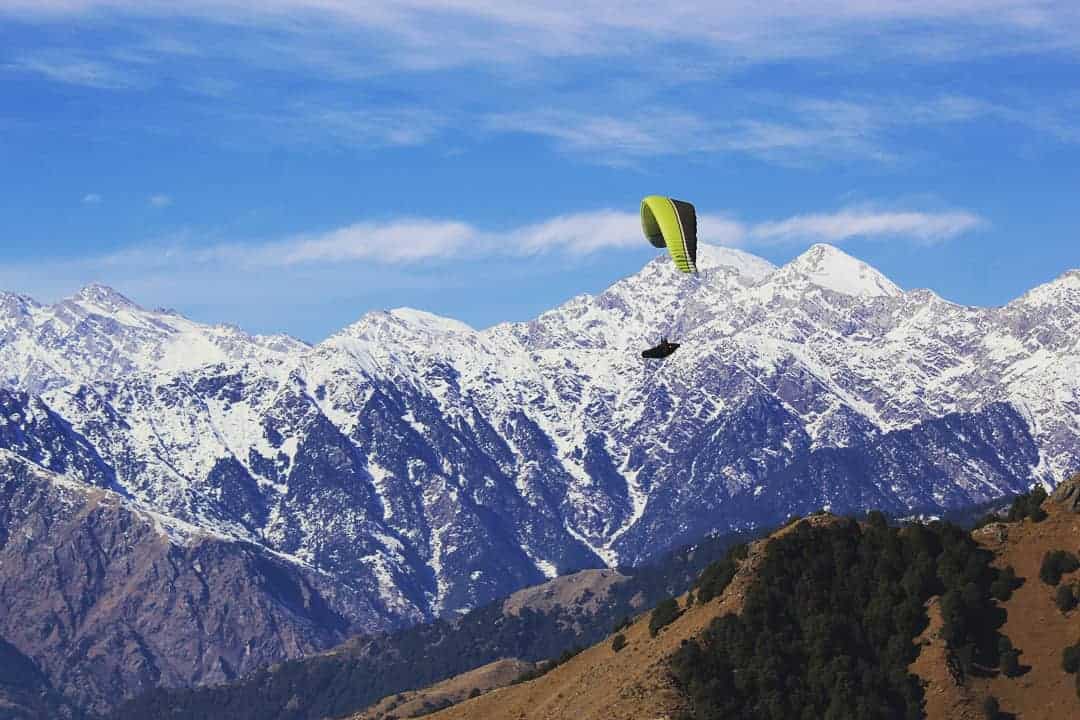 Gliding away to glory at Bir Billing. Photography by Birendra Bisht

The Way Back Home

Each and everything was done and dusted except one – a visit to a place that my roommate had told me about, time and time again. It was to make a visit to the Garden Café in Bir.

You too should visit this place and have banana pancakes on your first time trip to Bir Billing.

What I learnt from Organizing My First time trip to Bir Billing?

It was a roller coaster ride actually. As a group, we experienced sky limit highs as well as rock bottom lows. They were also mixed with some peaceful yet exciting times.

These times brought a lot of questions on the organizing front. I learnt that one would definitely make mistakes. It’s important that you learn quickly from them and act proactively.

It’s essential to know that doesn’t matter how much research has gone into your itinerary. There would be cases you have to change some of it and it’s important to have the flexibility to accommodate all.

Things to Keep in Mind Before Paragliding

I took my first time trip to Bir Billing last October. It’s time you take it as well. 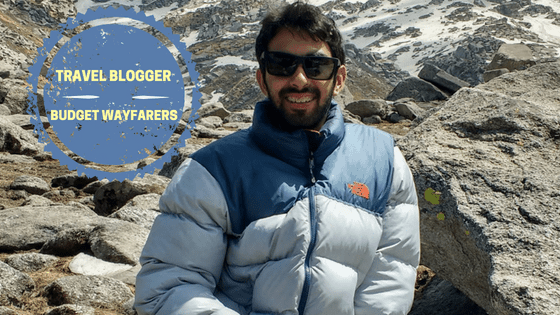 THIS POST ENTITLED ‘CAMP, TREK AND PARAGLIDING YOUR FIRST TRIP TO HIMACHAL’S BIR BILLING’ IS AN EXCLUSIVE PROPERTY OF BUDGET WAYFARERS. ANY INDIVIDUAL OR ASSOCIATION INDULGING IN PLAGIARISM WILL BE DEALT WITH STRICTLY. IF YOU WANT TO USE INFORMATION FROM THE ARTICLE ABOVE, KINDLY QUOTE THE SOURCE.