Belur and Halebidu: The Twin Ancient Marvels of Hoysala Dynasty

Belur temple, officially known as the Chennakeshava temple and commonly called the Belur math (cloister)  is a marvel of ancient Hoysala architecture. The Halebid Temple Hoysaleshwara which is only16 kms from Belur makes for a wonderful add-on for a Belur and Halebidu Trip.

Belur temple is roughly a four-hour ride from the capital city of Karnataka – Bangalore. It is also a good weekend getaway for inhabitants of the IT city.

However, even today the Chennakeshava temple at Belur is an underrated travel destination. It is yet to be explored fully. So, if you have some free time on your hands plan a Belur and Halebidu trip and start exploring. 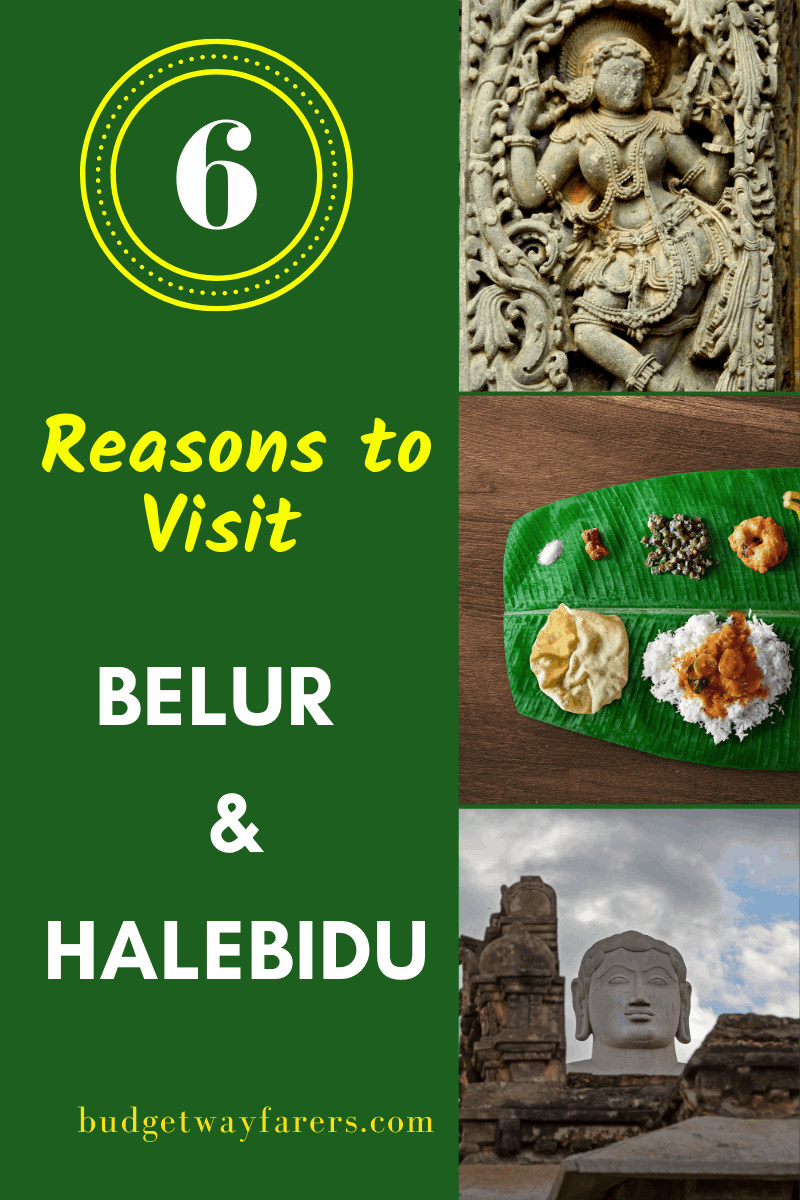 Karnataka has some of the most beautiful and underexplored travel destinations in India. Of the many things the state is known for ancient temples are right on top.

The city of Belur is known for its temples and mystique. Located on the banks of the Yagachi River in Karnataka’s Hassan district, Belur temple is known for its cultural richness.  The Chennakeshava temple is crafted with elegant carvings depicting scenes from the Upanishads, Mahabharata and Ramayana.

Hoysaleswara Temple which is closeby is one of the largest shrines dedicated to Lord Shiva in Southern India. In the 12th century, the temple was built by Hoysala rulers. it is known for its majestic outer sone carvings which depict different scenes from Hindu mythology.

Below is a quick overview that will help you plan a Belur and Halebidu trip : 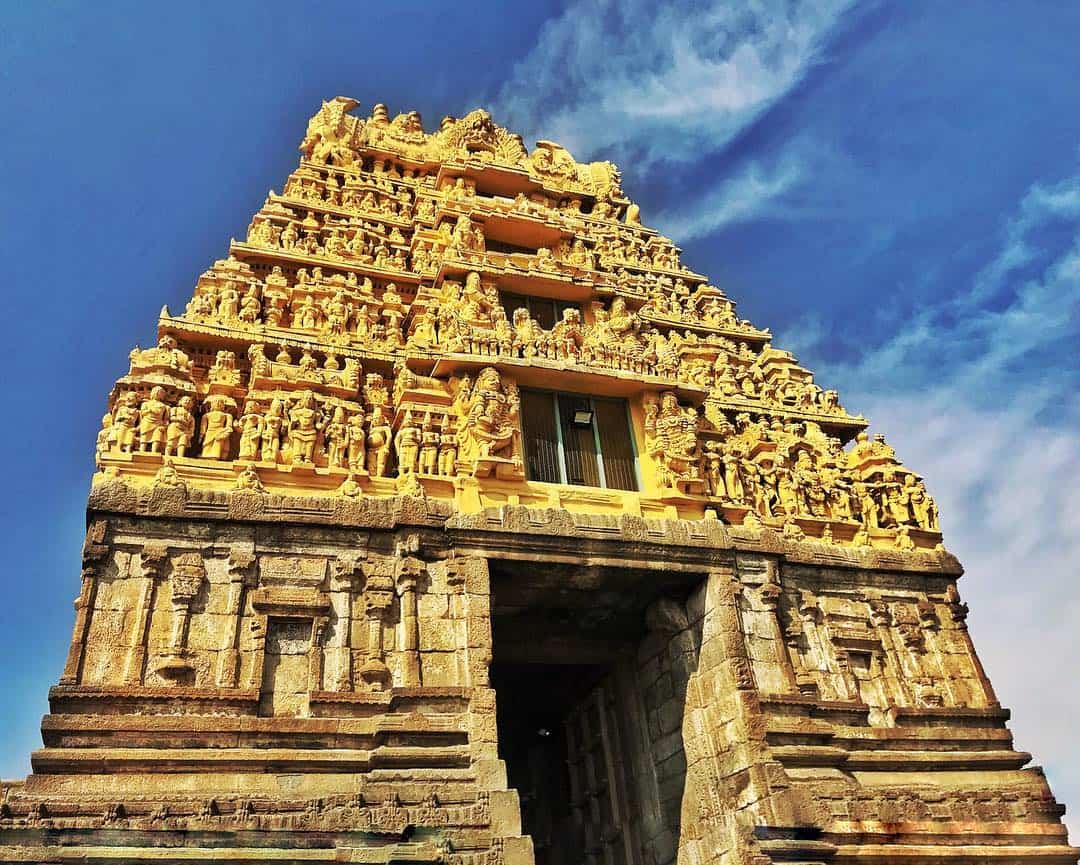 The entrance of Chennakeshava temple, Belur. Photography by Akshay Patil 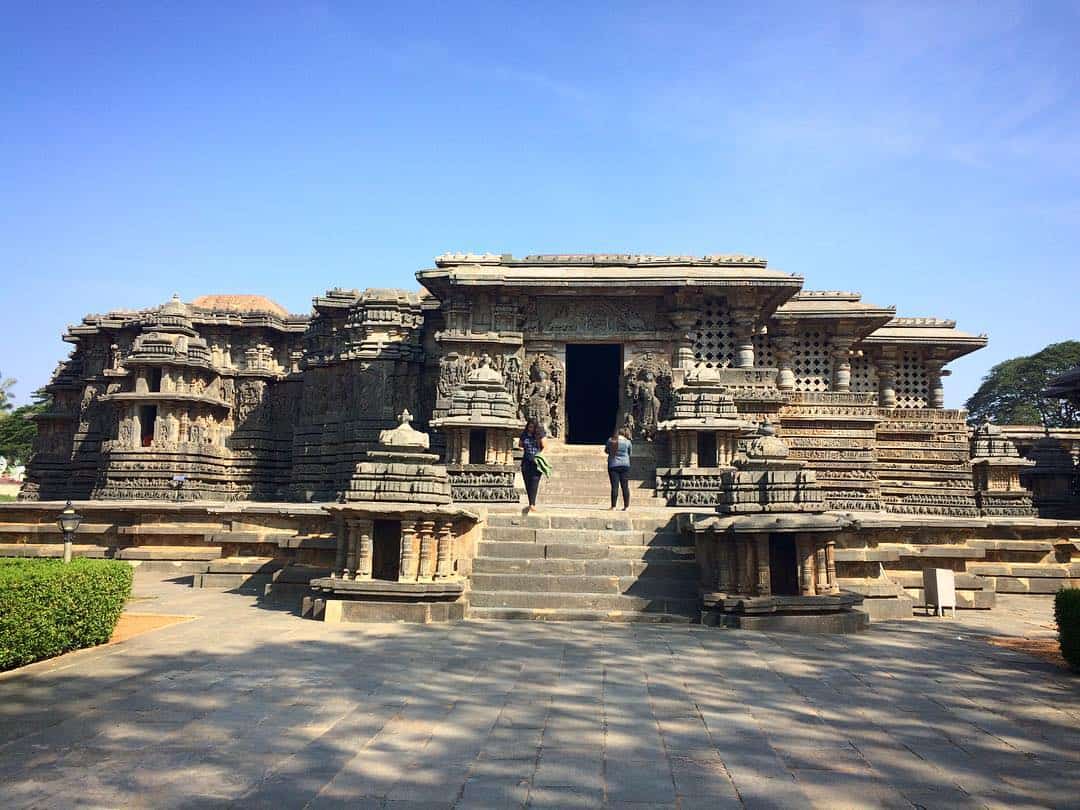 The premises of Hoysaleshwara temple at Halebid. Photography by Hari Kishore

The temples at Belur, as well as Halebidu (Belur’s twin town), are now UNESCO world heritage sites. This signifies the exquisiteness of these places culturally and historically.

The moment you enter the premises of temples at Belur and Halebidu, you can easily observe the historic richness. It fills your mind with questions –

“How could they create such beauty?”

“With what Science and Architecture which is beyond perfection?”

“Which dynasty encouraged such fine arts in Indian History?”

It is quite evident from their history that this majestic Art took 103 years to complete and approximately three generations.

While a Belur, Make Sure to Visit Halebidu

Everybody who visits Belur definitely visits Halebidu. It was the former capital city of the Hoysala dynasty. The temple of Halebidu was built first and then started the construction of Belur temple. 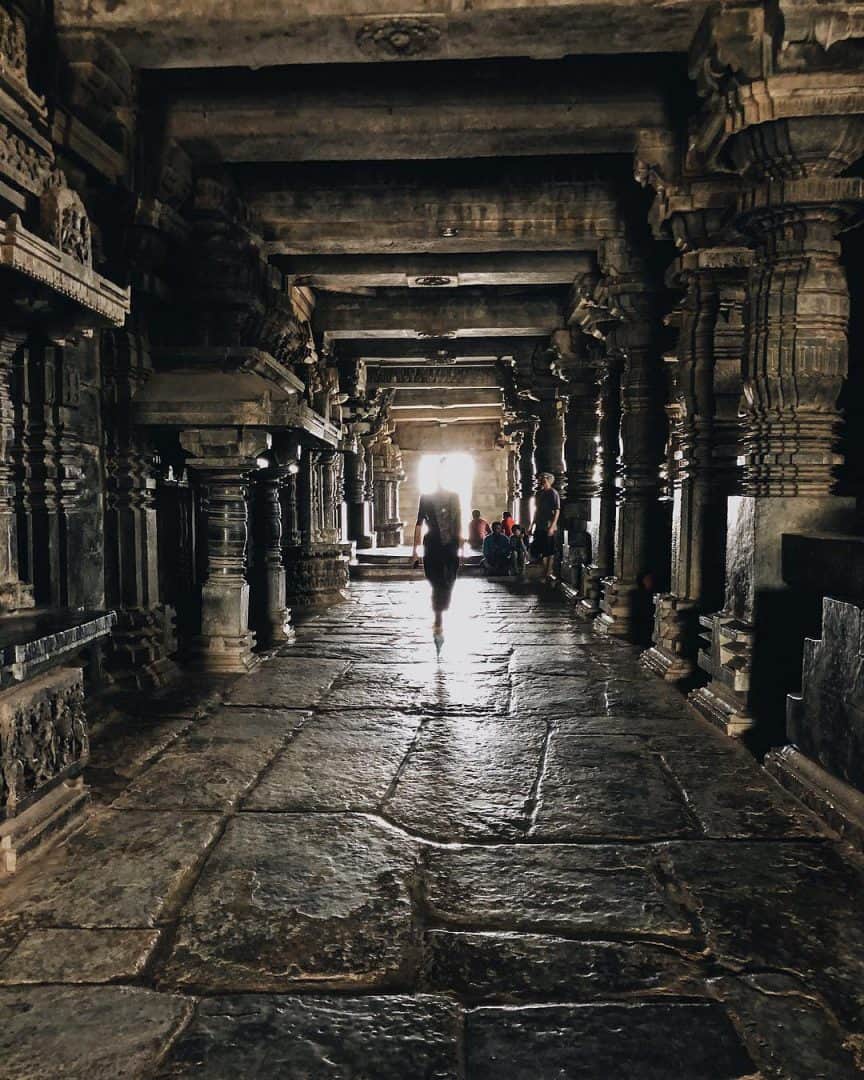 Belur math has been built by using soapstone. Photography by Natasha Skvortsova 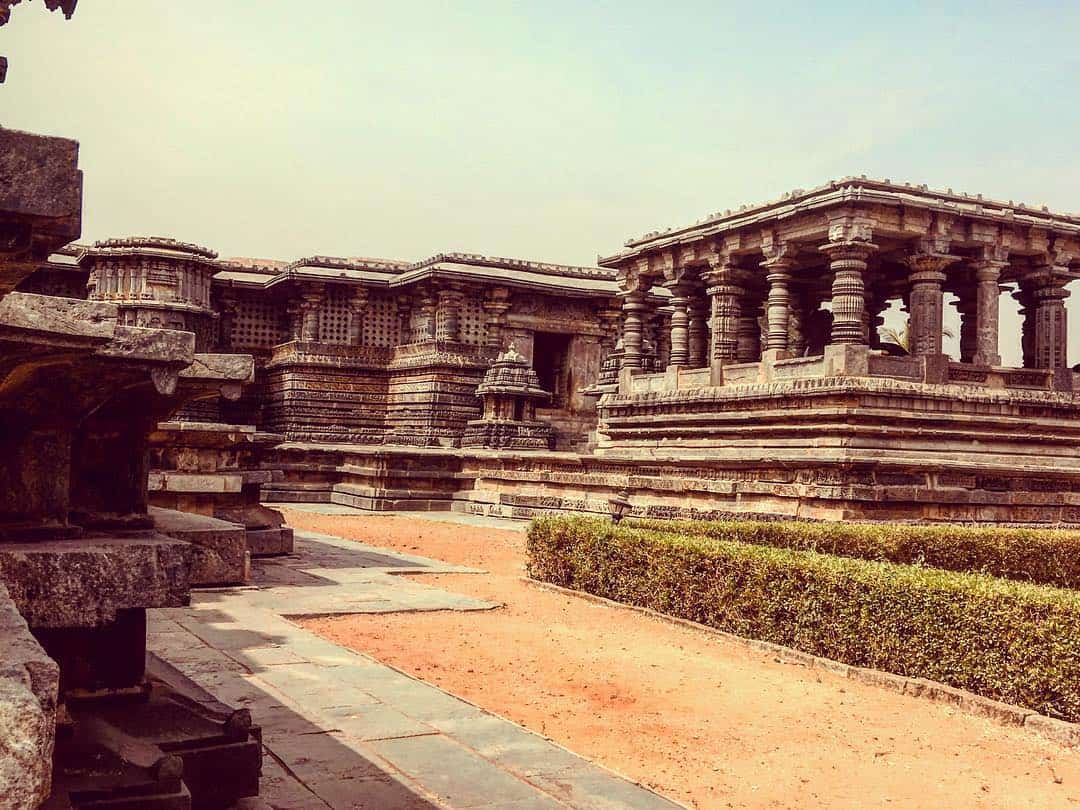 The Hoysaleswara Temple at Halebid is dedicated to the Hindu God – Shiva. Photography by Bhavya Murthy

1. The beauty of the Sculptures & Carvings

The sculpture of  Lord Chaluka Narayana (Vishnu) is carved with intricacy and fine details. You can notice the charm imbibed in the sculpture. The jewellery carvings are the most eye-catching piece of art.

The inner premise of the temple is filled with pillars all around and great delicate carvings on the ceiling. Each pillar is unique in design which inspires any modern jeweller’s art. The carvings around the pillars are like necklace and bangle designs, measuring geometrically perfect.

Don’t miss out on one of the pillars which is believed to serve as a blueprint of all the carvings in the temple in a miniature form.

A question that pops up in your mind immediately after witnessing such elegance is, “How could they install such huge pillar back in the 11th century and what was the mode of transport?”

Well, the Hoysalas were profound when it came to intelligence in architecture and science.

Inside the Hoysaleswara complex lies an open archaeological museum. It has sculptures, coins, inscriptions and wood carving idols on display. Among them is a giant sculpture of a sitting Nandi and Lord Ganesh. The museum is open to all from 10:00 AM to 5:00 PM. It remains closed on Fridays.  Photography is prohibited inside. 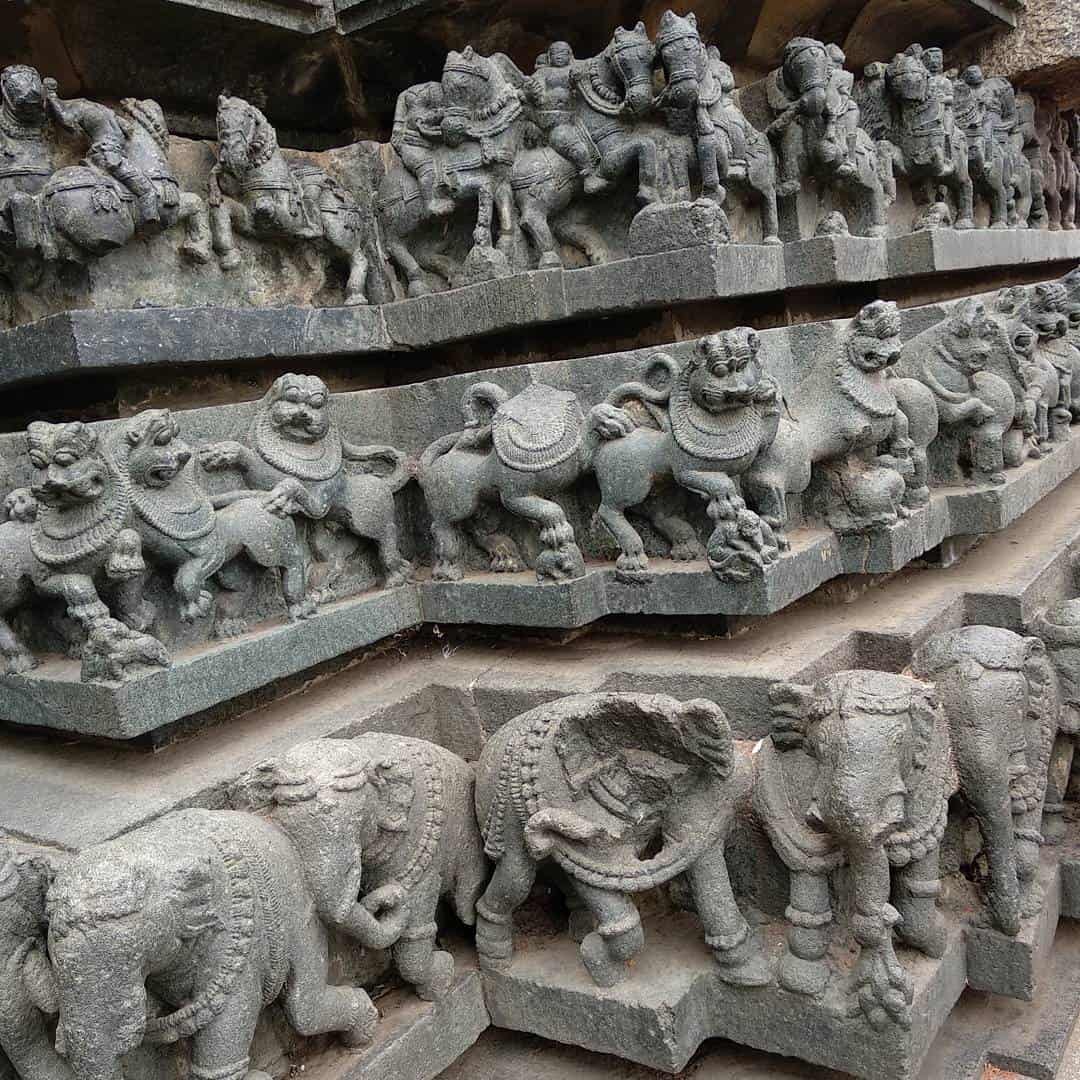 Elephant and horse carvings on the walls of Chennakeshava temple. Photography by Pushpak Chakroborty 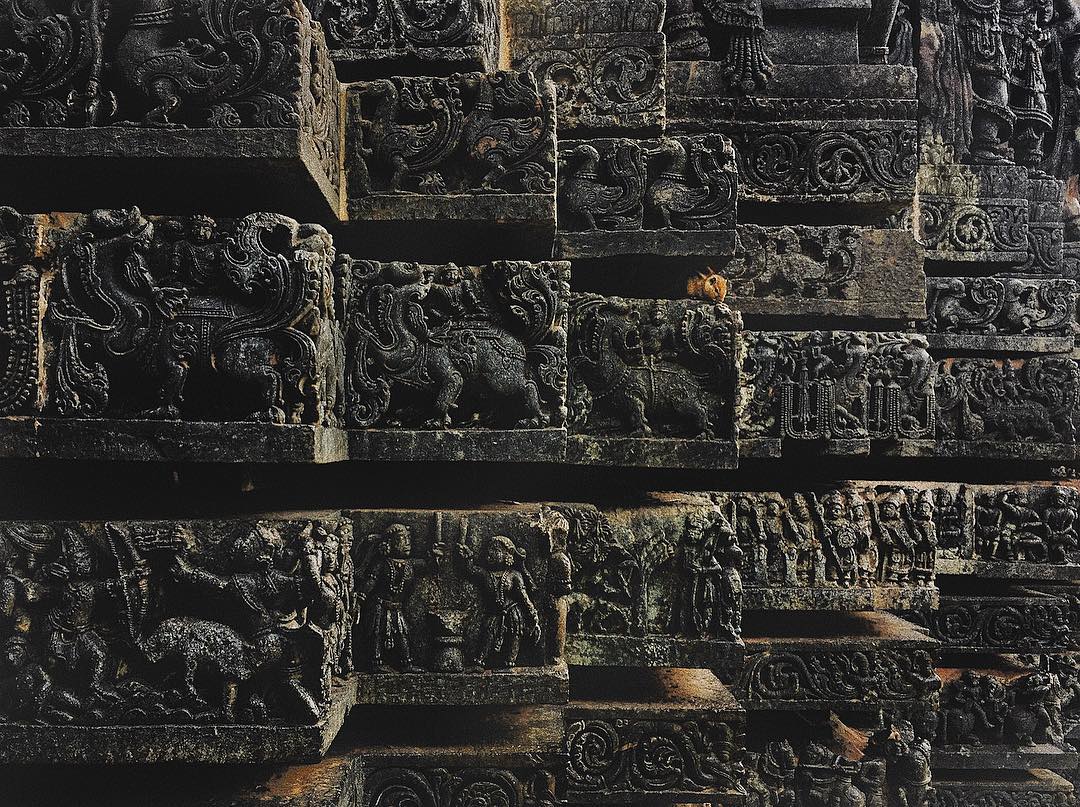 Inscriptions on the inner walls of Hoysaleshwar Temple. Photography by Arun Ganeshan

All the sculptures and pillars inside Belur temple premises  are built using a peculiar featured stone known as “Soapstone.” It is soft to shape and carve and eventually hardens after certain time.

One can’t miss hearing the name of “Natyarani Shakuntala”, who is believed to be most graceful dancer of the dynasty. Most of the sculptures on the ceiling of the inner part of the temple portray her elegant and graceful dance moves (Bharatanatyam mudras).

These stones even depict the various human emotions through her body language and facial expressions. You will be awestruck to notice that her bangles have movement as if they were detached from her hand.

The Hoysaleswara temple is a masterpiece adorned with rich carvings of thousands of mythological figures. The basement of the temple comprises sculptured friezes.

Garuda Stambha is among the key highlights of this temple. In addition to it, there are inscriptions of epic heroes carrying knives and cutting their own heads. 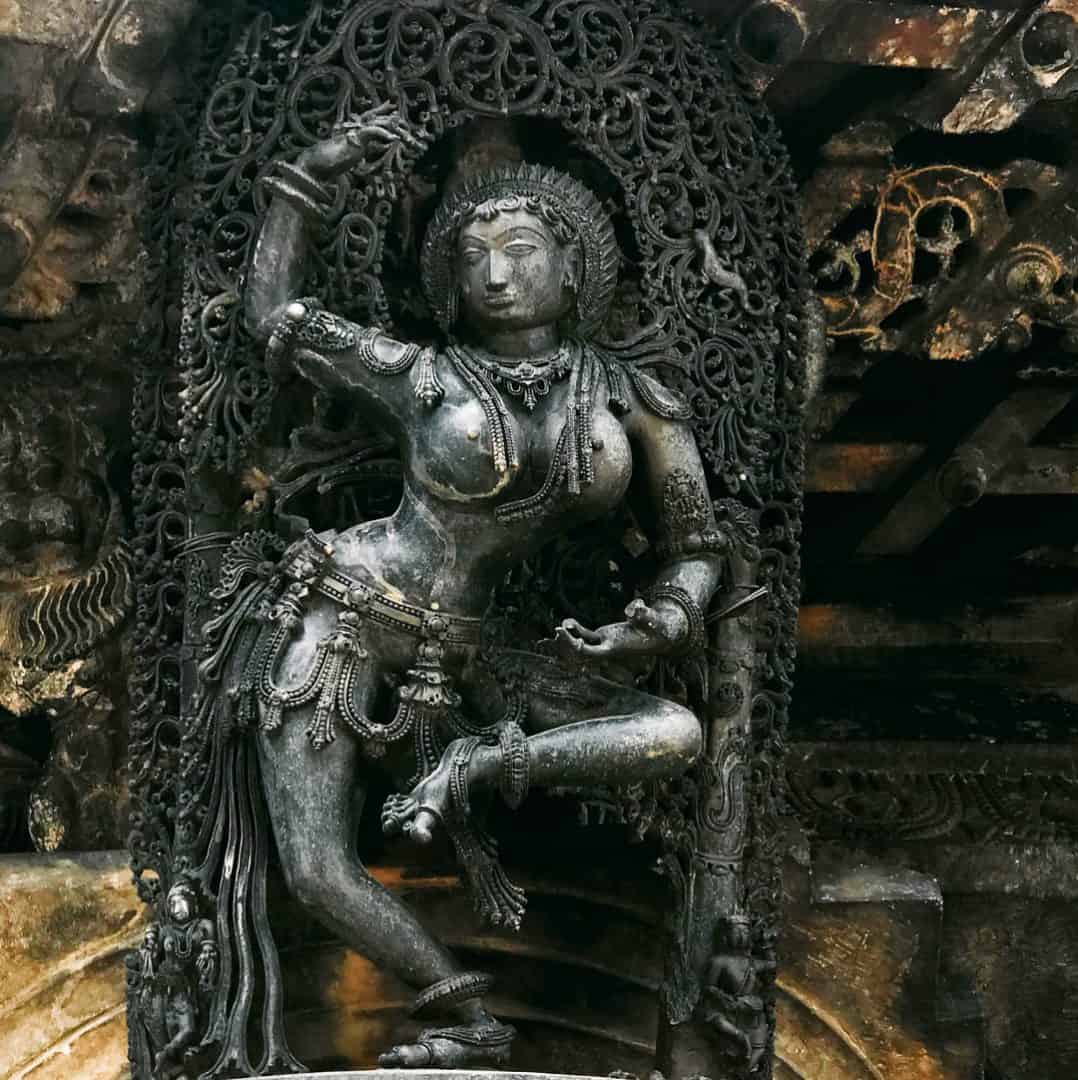 The carving of Natyarani Shakuntala. Photography by Rakesh R

The whole of the exterior part of the Belur temple depicts various stories from Ramayana, Mahabharatha and other Indian mythology.

Make sure you invest a lot of time and patience to observe such mystical fine art. Do your homework i.e read about the Belur temple before you get there. It will create a flow with what the guide is explaining and you would not miss out any part of the temple unseen. 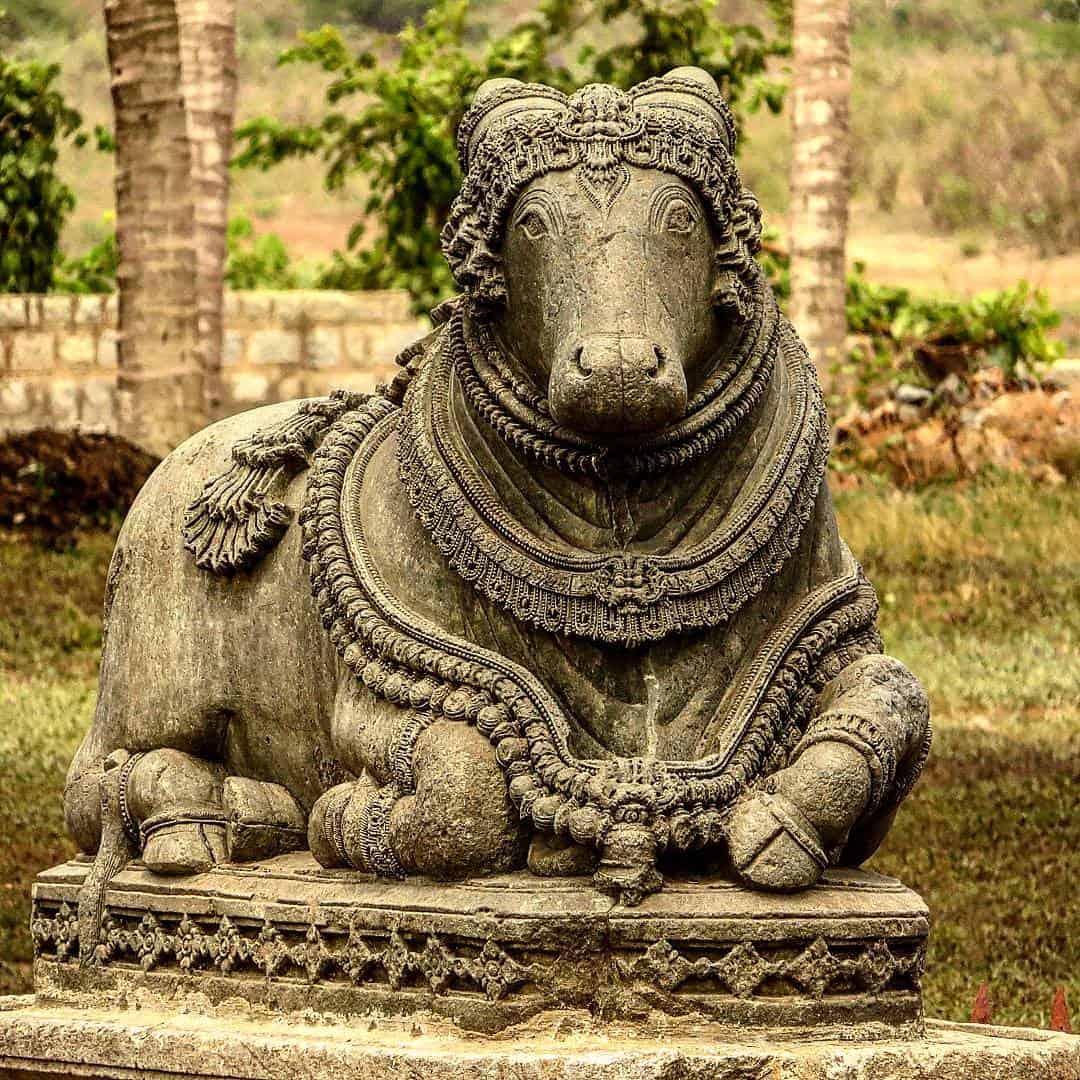 One can’t get a better chance of re-living History than by visiting Belur temple Chennakeshava as well as Halebidu (approximately 30 minutes drive). It too is another capital city of Hoysala dynasty.

Halebidu was build at the same time (11th century) as Belur math and is a gigantic Shiva temple with excellence in architecture on the exterior part of the temple.

Every Shiva temple in the world is incomplete without Nandi – the holy bull of Lord Shiva believed to be his vehicle according to Indian Mythology. Halebedu has the most beautiful Nandi sculpture in the world.

The most stunning fact about the Nandi sculpture is its high polish on the stone that you can actually look at your reflection as though on a mirror. 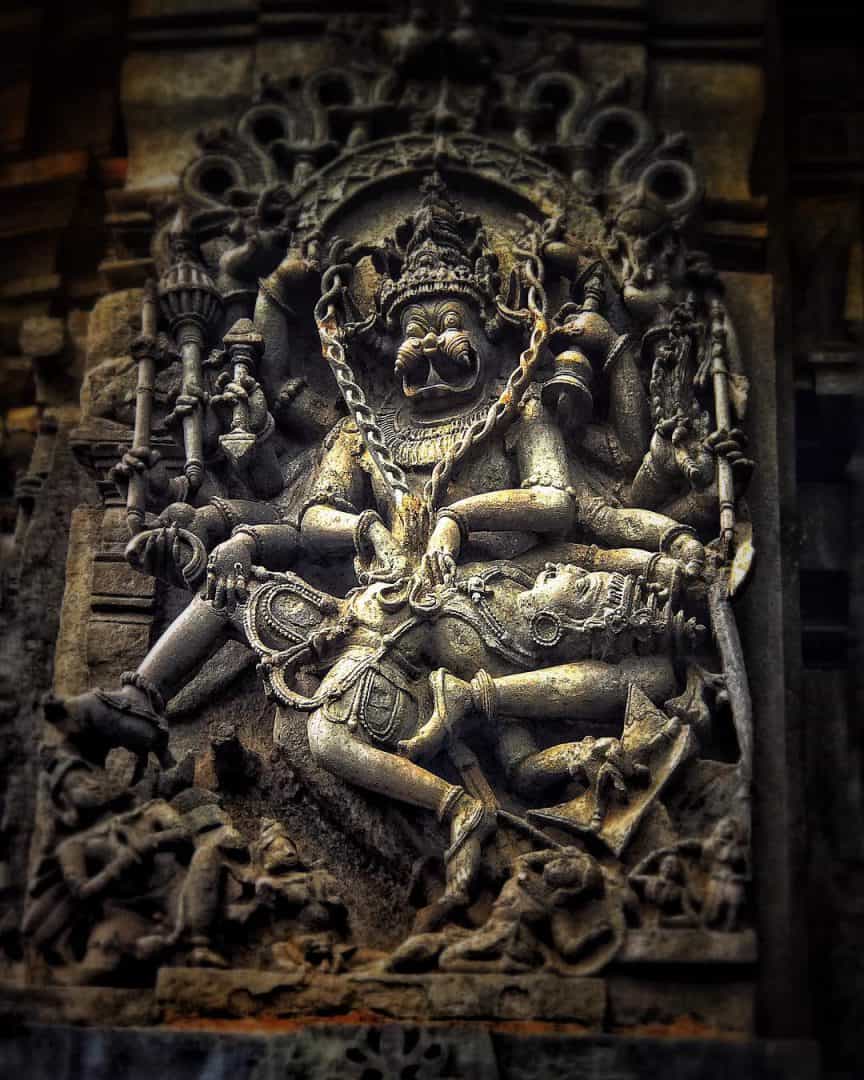 Belur is the ideal place to re-live history. Photography by Sanjeevani Keshav 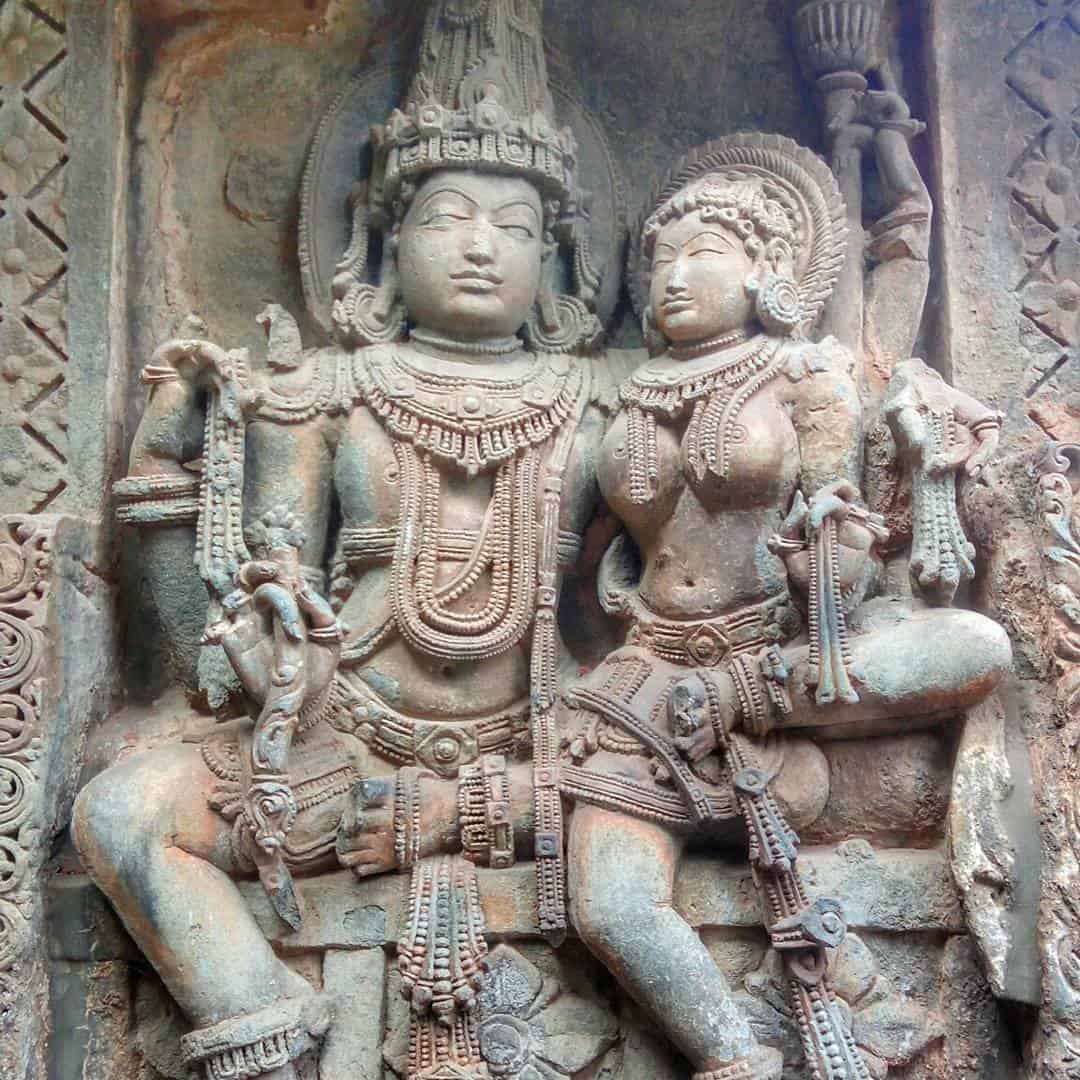 The rock carvings are intricate at Halebidu. Photography by Harikrishna Panjabi

5. Feed Yourself with Traditional South Indian Food on Your Belur and Halebidu Trip

After feeding your eyes with beautiful art and a lot of historical knowledge, it’s time to feed your stomach. Just walk down the temple street, which is filled with fresh food servings in local mess and hotels.  They offer you home-style delicious vegetarian food on a banana leaf.

Don’t miss out on the chance to try it when you are at Belur!. 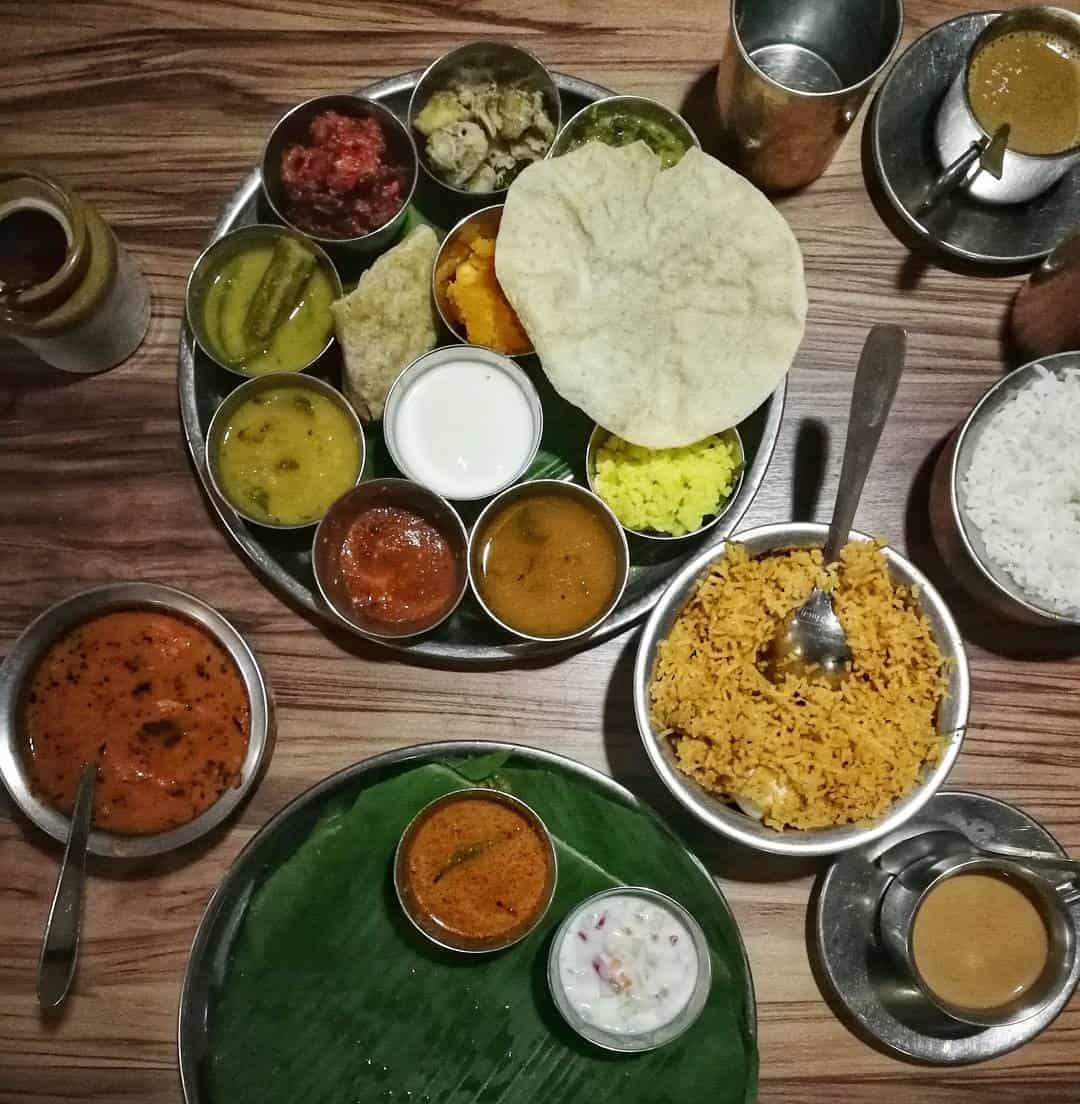 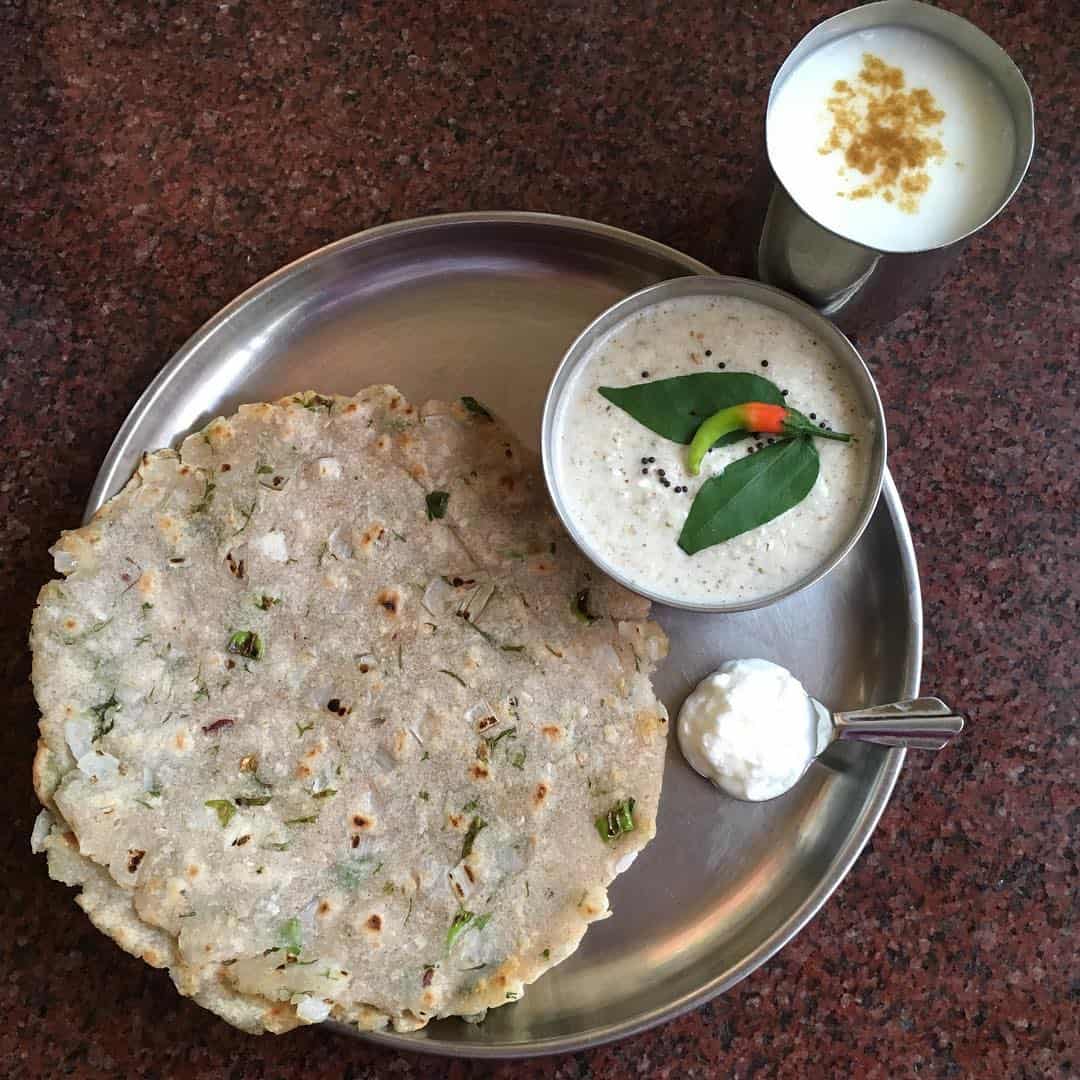 After you undertake the history tour, it is time to fill the trip with some adventure.

One can take camping stays near the Belur Temple. Recommended options are –

Beanstack homestay – cottage on a hilltop

After a long day at this heritage site of Belur math, rest in a cosy, tidy home-stays with some bonfire in the evening and a glass of classic homemade wine. It comprises exotic Indian flavours like figs, beetle-nut leaves and rose. Savour hot chicken dishes cooked using pepper grown in their own estate.

Early next morning is the best time to go for camping on Mullayanagiri hills (which would be a few minutes away from any homestay in Chikmagalur ) or Yettina Bhuja. The misty hills covered with fog and chirping birds in the morning are good for the senses.

One can’t stop praising this beautiful site of lush green coffee plantations with red cherry coffee beans all around. 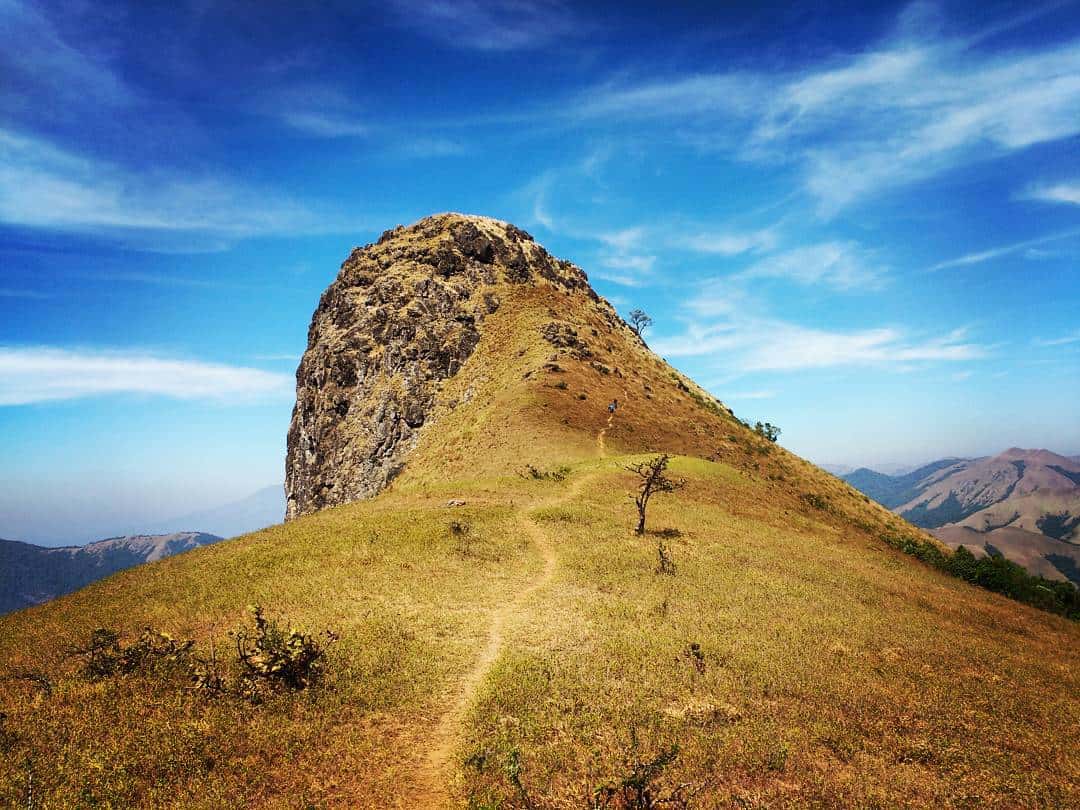 7. Cover Interesting Places on Your Belur and Halebidu Trip

If you choose to travel from Bangalore or Mysore on the way to Hassan road, around 1.5 hours (200 km) from Bangalore explored a less discovered place “Shettihalli Church”, a ruined old church covered with 1-5 inch of river water. This beautiful location feels like you are living in a painting.

On the way from there towards Belur temple, definitely stop at Shravanabelagola. This place is sacred to the Jain religion. It consists of a huge monolithic structure of Gomateshwara (Jain deity) and is flocked with a lot of travellers.

Sri Kalabhairaveshwara Temple at Deveramane is another less discovered temple which was built prior to the Halebidu and Belur temples. It is devoted to Lord Shiva (An important Hindu deity) and also has the deity crafted on a hill. 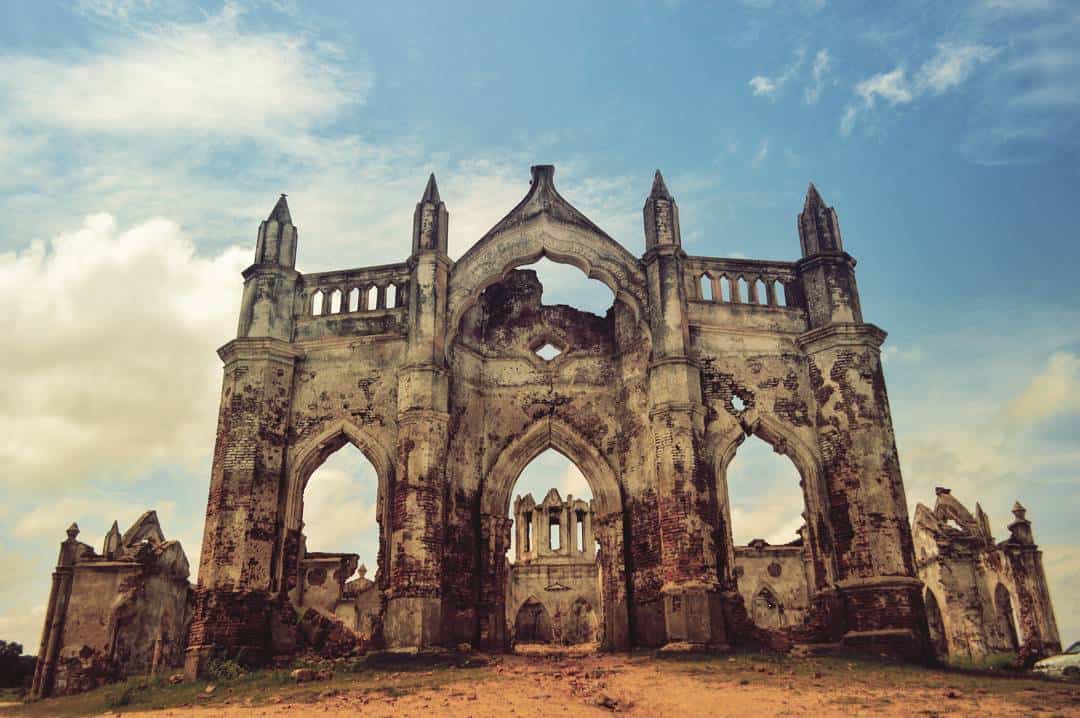 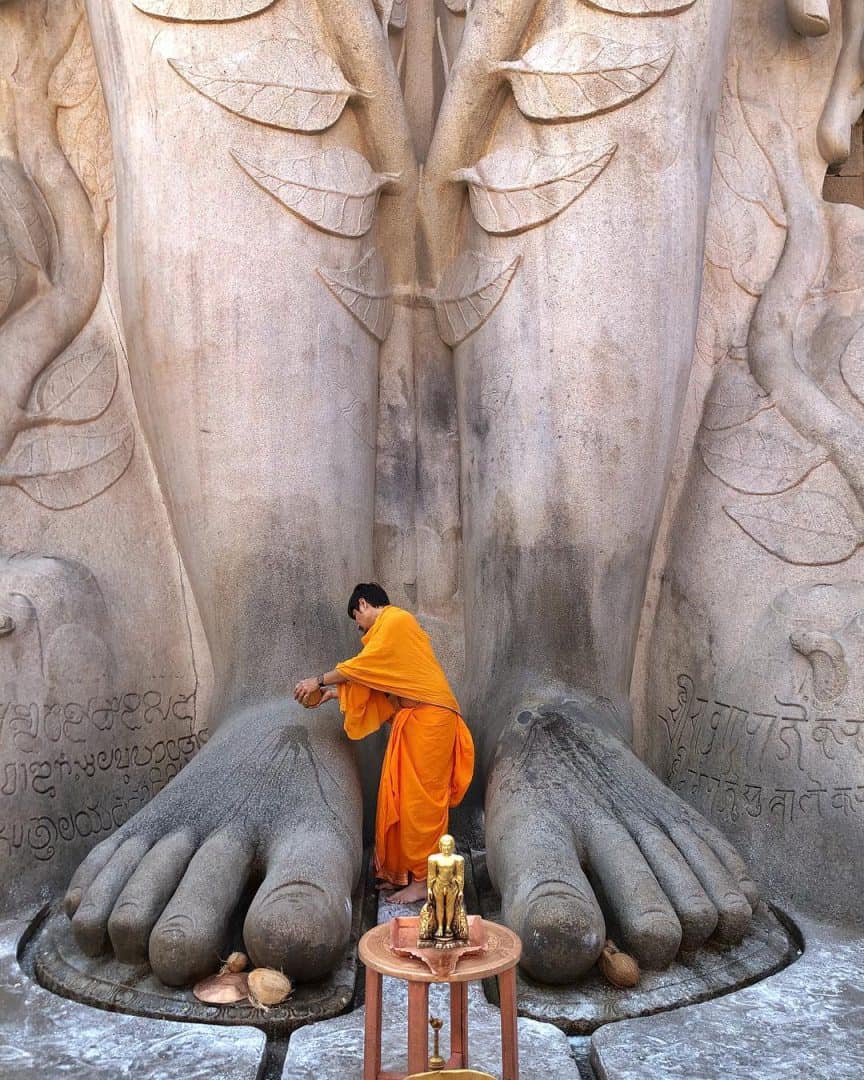 Feet of a huge monolithic structure of Gomateshwara at Shravanabelagola. Photography by Rahul Baxi.

A trip to Belur and Halebidu is a time-defying experience that enables one to re-live history. The passage of time is insignificant to these places of ‘art beyond perfection’. 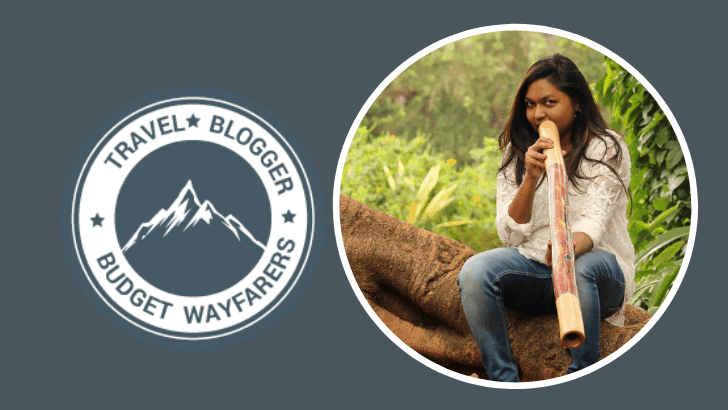 Megha Katokar, a compliance professional (currently working in KPMG), a Musician, a handwriting analyst and a travel addict is a 20 something, ambitious, and fun-loving free soul. A creature of her own kind, Megha is set up to document her wanderlust adventure and the amazing people and places she has come across all of her nomadic journeys. The amateur musician is not shy to flaunt her unorthodox aboriginal instrument Didgeridoo. She is been an active part of the International Thar Music Festival at Jaisalmer. She also lusts for raw and local cuisine and never misses an opportunity to taste what the locals have to offer. A true Bangalorean by heart and a nomad soul, she wishes to inspire all her fellow travellers and pursues her dream career in travel.