Popularly known as the Golden Temple, Sri Harmandar Sahib is a very eminent place of pilgrimage for the Sikh community. Located in Amritsar, the Golden Temple is a must-visit for the people who travel to Punjab.

The marvellous architecture, the heartfelt langar and the Amrit Sarovar lake, enveloped with a serene and sacred atmosphere are a treat for the eye as well as the soul. 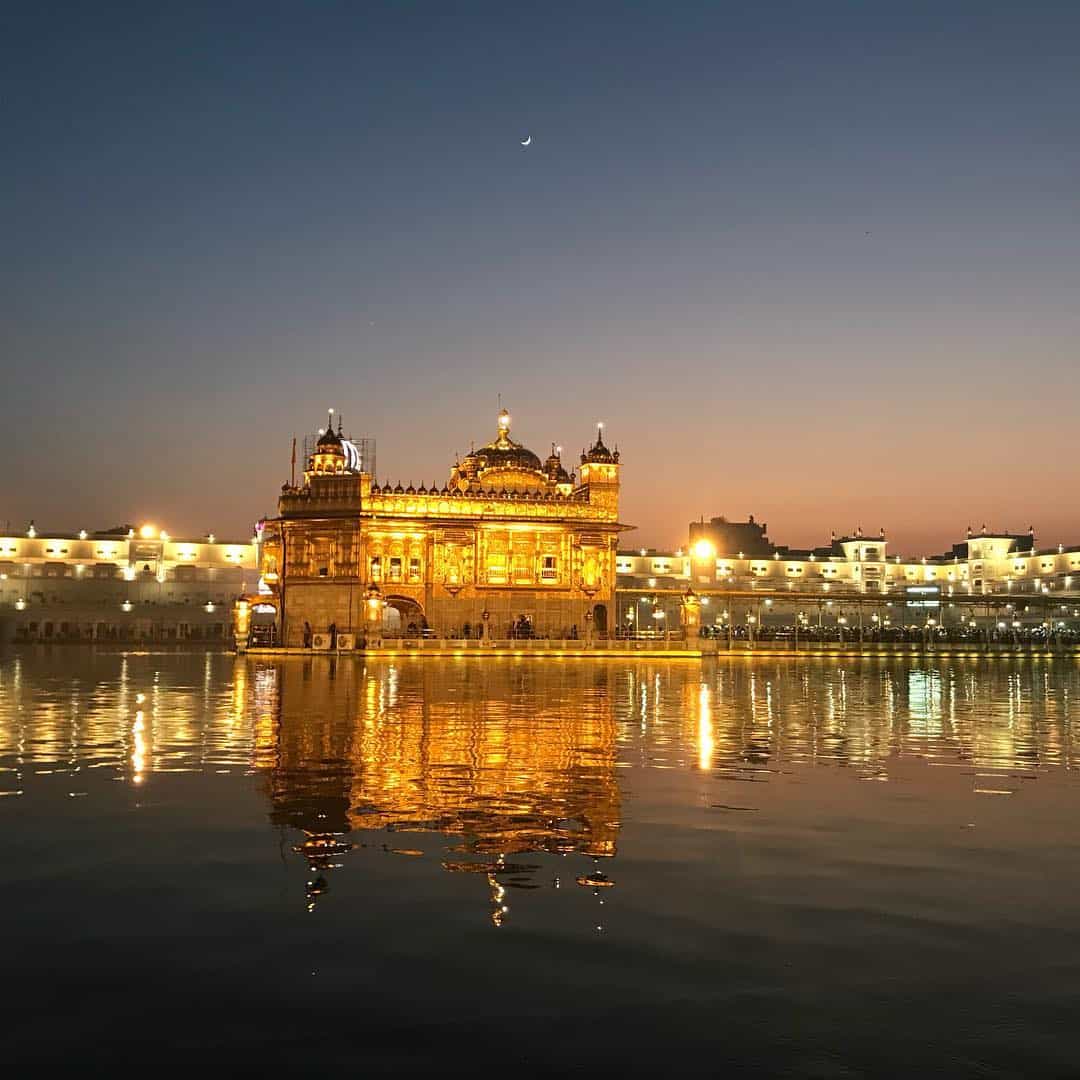 The Golden Temple at Amritsar is pure bliss. Photography by Shreya Sethi

The historical significance of the Golden Temple

The Golden Temple or Sri Harmandir Sahib is named after God or Hari. It is designed by the Fifth Nanak, Guru Arjan Sahib. The Holy tank or the Amrit Sarovar was excavated by Guru Ramdas Sahib in 1577 under the guidance of Baba Buddha Ji. The idea of excavation was originally a brainchild of the Third Nanak, Guru Amardas Sahib. He asked Guru Ramdas who was then his disciple to find a new land where he can create a town. After he became the successor of Guru Amardas in the year 1574, he founded a new town called “Ramdaspur”. The population of the town expanded with time it later came to be known as the city of Amritsar and the Amrit Sarovar which was excavated by Guru Ramdas Sahib and Baba Buddha developed into an area which we now know as the Golden Temple. It is also said that the Golden Temple was the first official Gurdwara which came into existence. 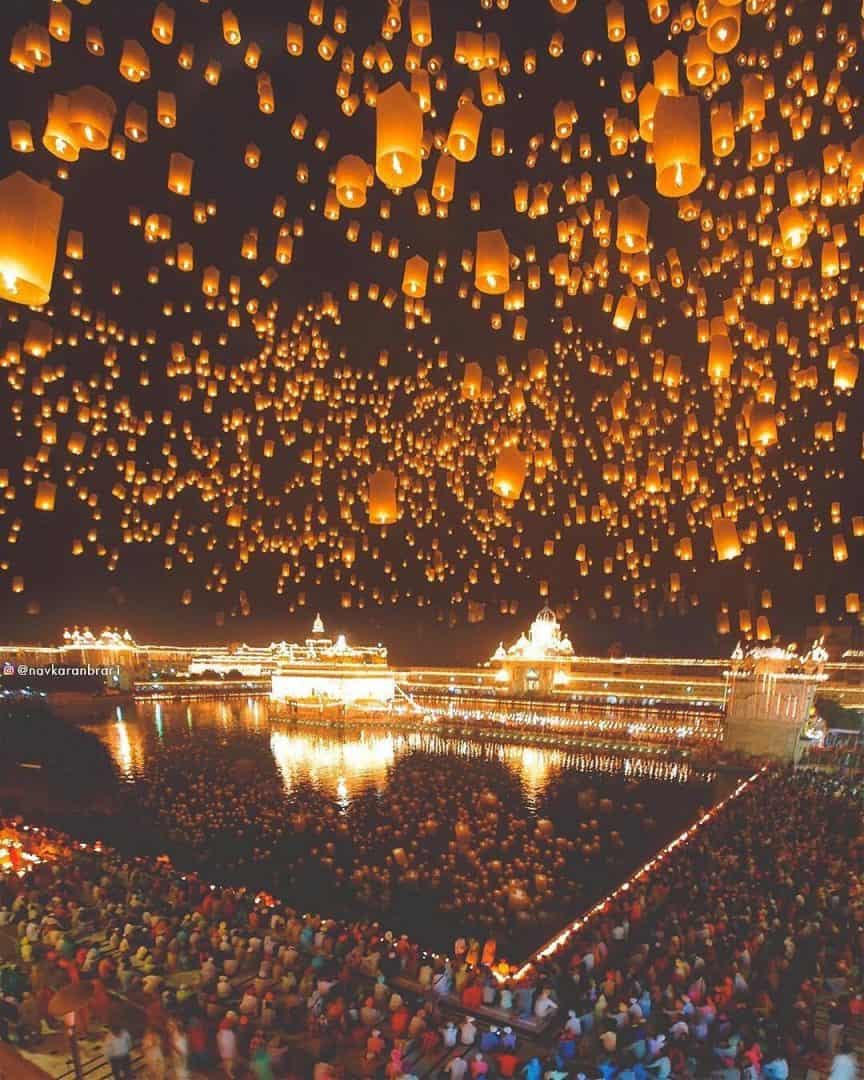 The Golden Temple during Diwali celebrations. Photography by Carol Morris

The architecture of the Golden Temple

The dome of the Golden Temple is said to be guided with pure gold, hence the name Golden Temple. The temple is situated in the middle of the Amrit Sarovar lake and is surrounded by water on all three sides. It has four entrances and the walls of the doorways are filled with verses from the holy Guru Granth Sahib. 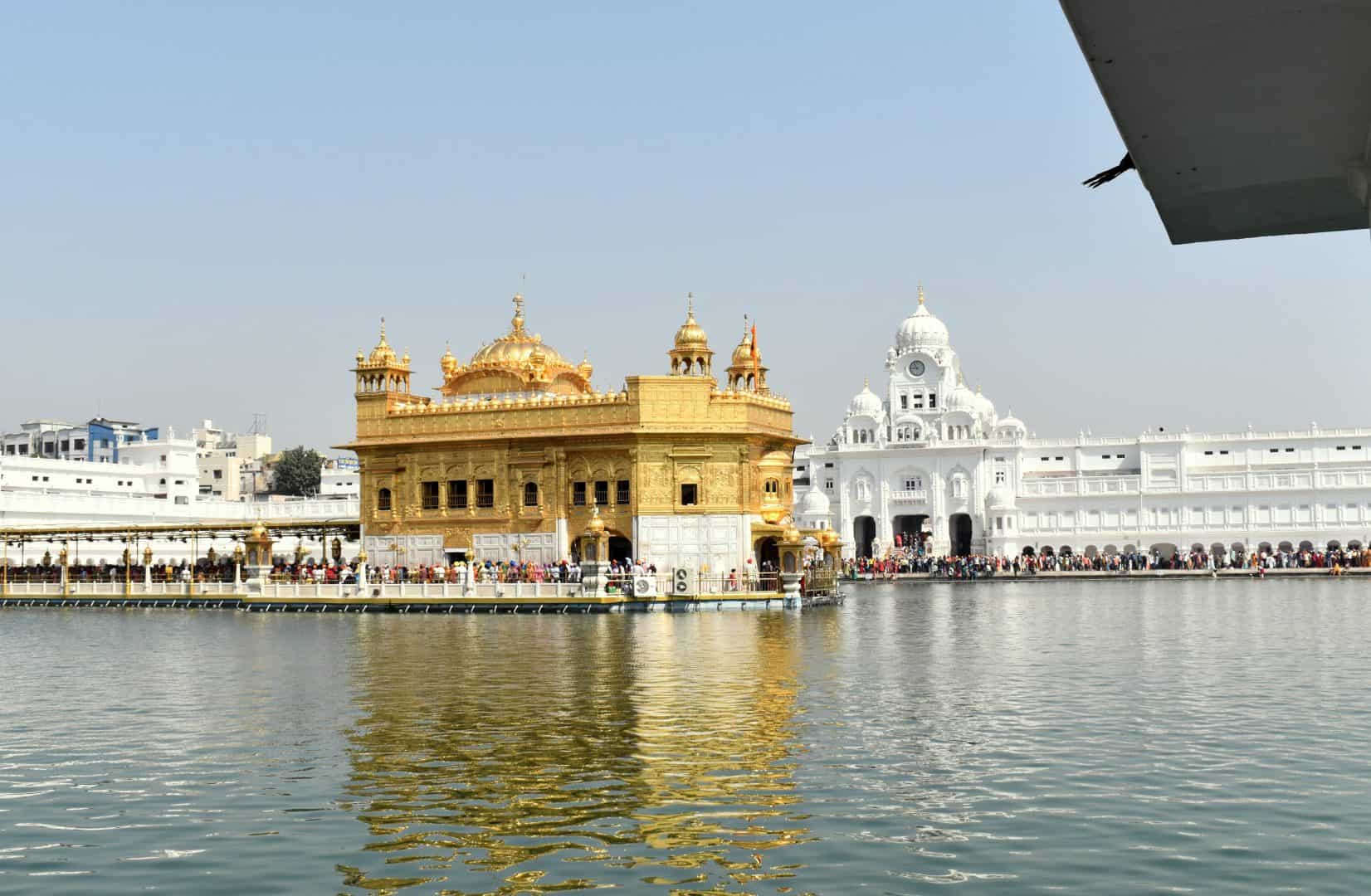 Langar in the Golden Temple

The Langar in the Golden Temple complex has one of the world’s largest community kitchens. It serves around 75,000 people on an everyday basis. The number of people multiplies during festivals and holidays. The community believes in service to mankind and therefore showers unconditional love in the form of food to its everyday visitors. They serve a vegetarian meal consisting of rice, rotis, daal, vegetable curry and kheer as dessert.

The community is pretty organised and gives us an illusion of an assembly line where each person handles a specific job to complete the whole process. There are people distributing cutleries while there is another group of people serving you food items one after the other. The process of clearing up is just as organised. You need to pick your cutleries and pass it on to the volunteers who in turn pass it to the subsequent volunteers who send these steel plates for washing so that they are ready for the next batch.

They also serve the Karah Prasad which is basically porridge cooked with shudh ghee. This is a famous prasad which you will find in all the gurudwaras. 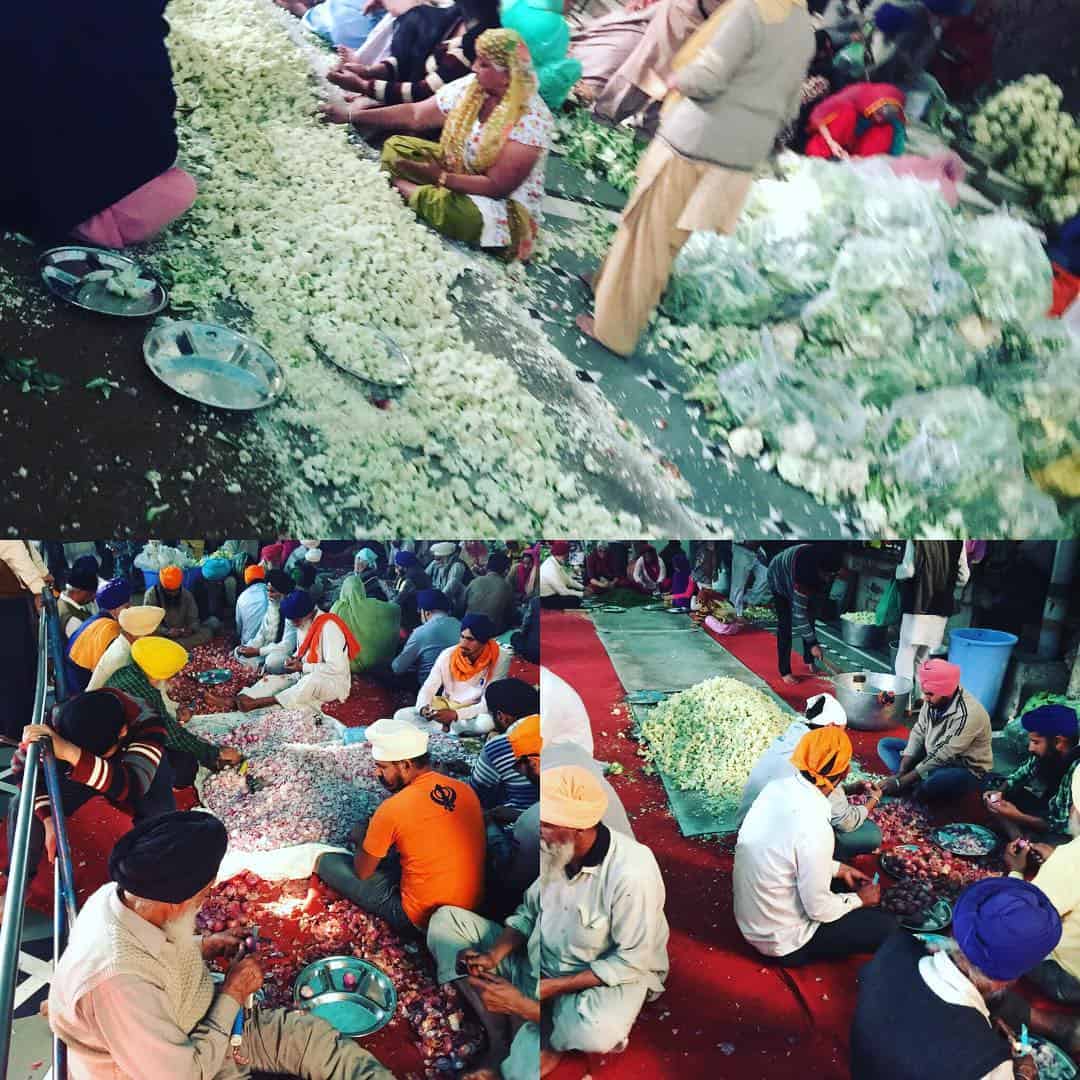 The langar at Golden Temple or mass meal for devotees. Photography by Jason Matsushino

How to Reach the Golden Temple?

If you are travelling from Delhi to Amritsar, a cab is a judicious option instead of booking a flight or a train. The roadways connect places like Murthal, Karnal, and Jalandhar, including the capital of Punjab- Chandigarh, and are filled with some of the best dhabas which makes the trip way more interesting.

Booking hotels around the Golden Temple are advisable since the centres of tourist attraction such as the Jallianwala Bagh as well as Heritage Street are located within a walking distance. The narrow lanes near the Golden temple are filled with hotels and inns ranging from Rs 800-1700 per night. The lanes turn a little crowded and congested during holidays and festivals but it is totally worth staying in close proximity to the temple as it cuts down the transportation cost. However, if you are a die-hard nonvegetarian, this probably would not be a favourable place for you to reside, since the area around the Golden Temple strictly serves vegetarian food.

We walked from our hotel to the Golden temple which was 2-3 kilometres away. You need to deposit your shoes at the shoe counter and cover your head as a part of the tradition. You need to dip your feet in an artificial stream before you walk further into the temple. 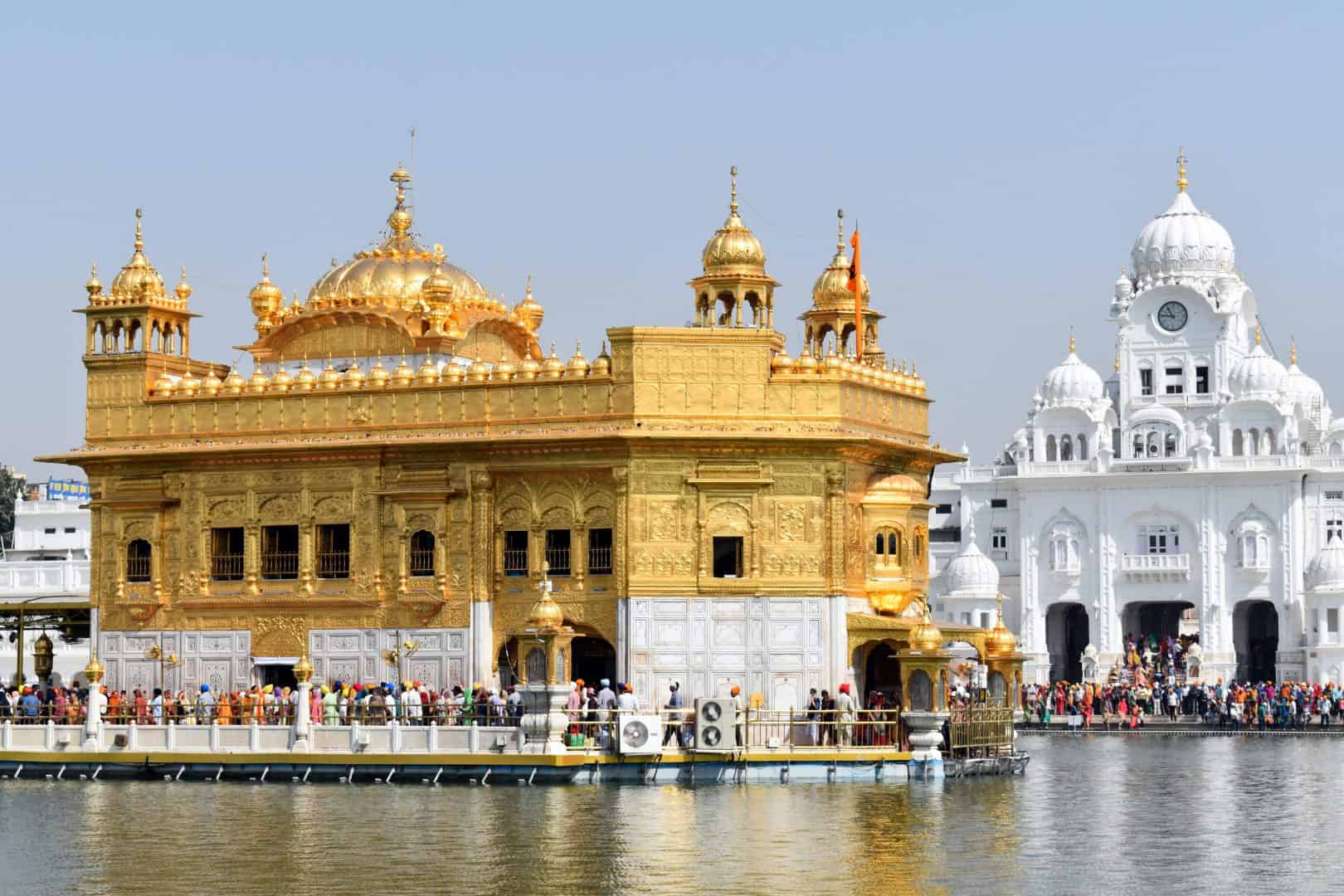 You can reach the Golden Temple by any means of transport. Photography by Namrata Sarma

Places to Visit after visiting the Golden Temple

Not far from the Golden Temple is Heritage street where you will find the famous Jallianwala Bagh. The street looks the best in the evening with organised markets and eateries. This place is one of the finest examples of urban redevelopment and an amalgamation of the traditional and the contemporary. You will find here everything starting from kulfis and dry fruits to famous Punjabi juttis and kurtas.

Amritsar is a wonderful and vibrant place to spend time with your family and friends. This place is rich in tradition and lip-smacking food. From the famous butter chicken to chole kulchas and paranthas, Amritsar is a hub of the best of the North Indian cuisines. 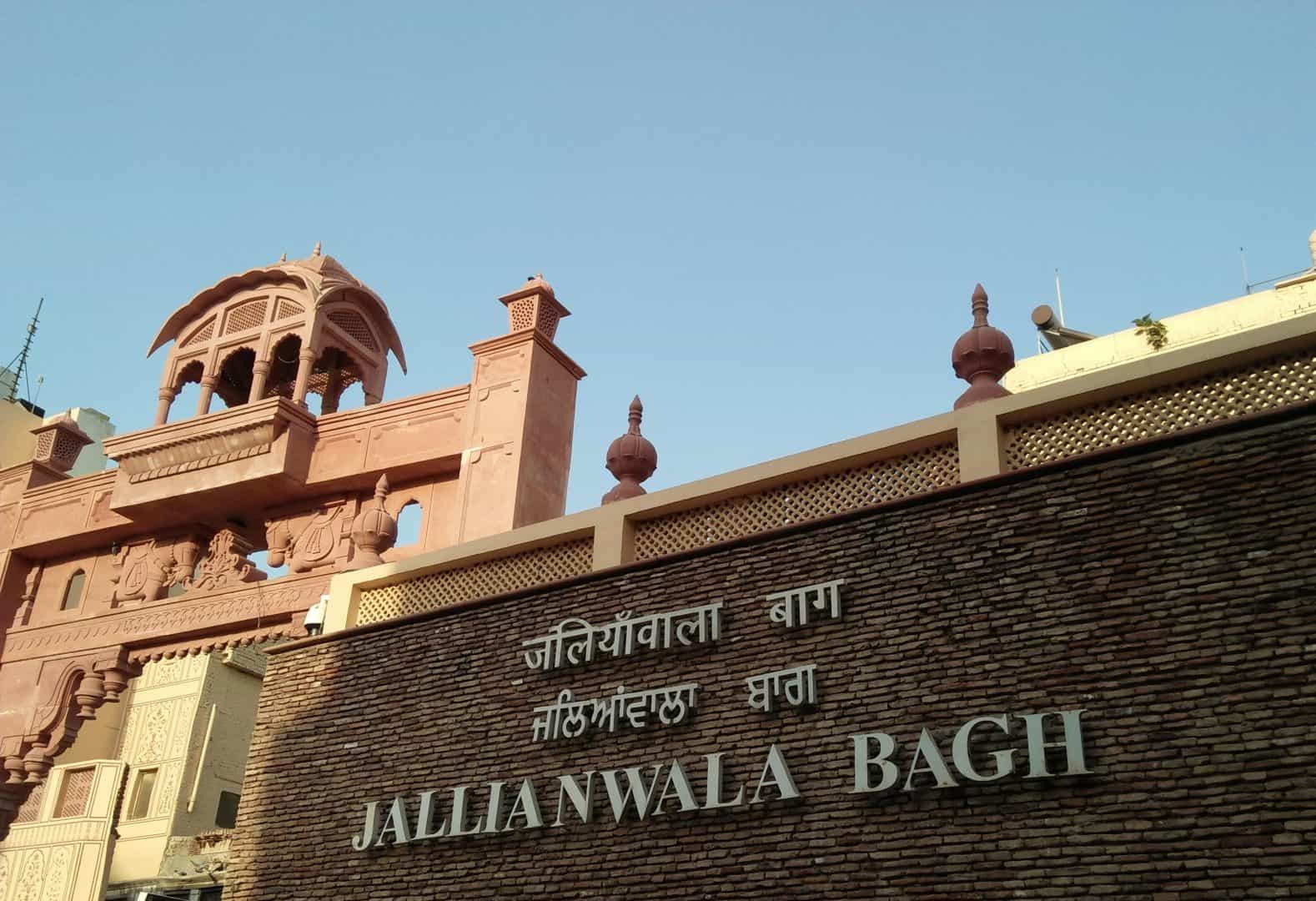 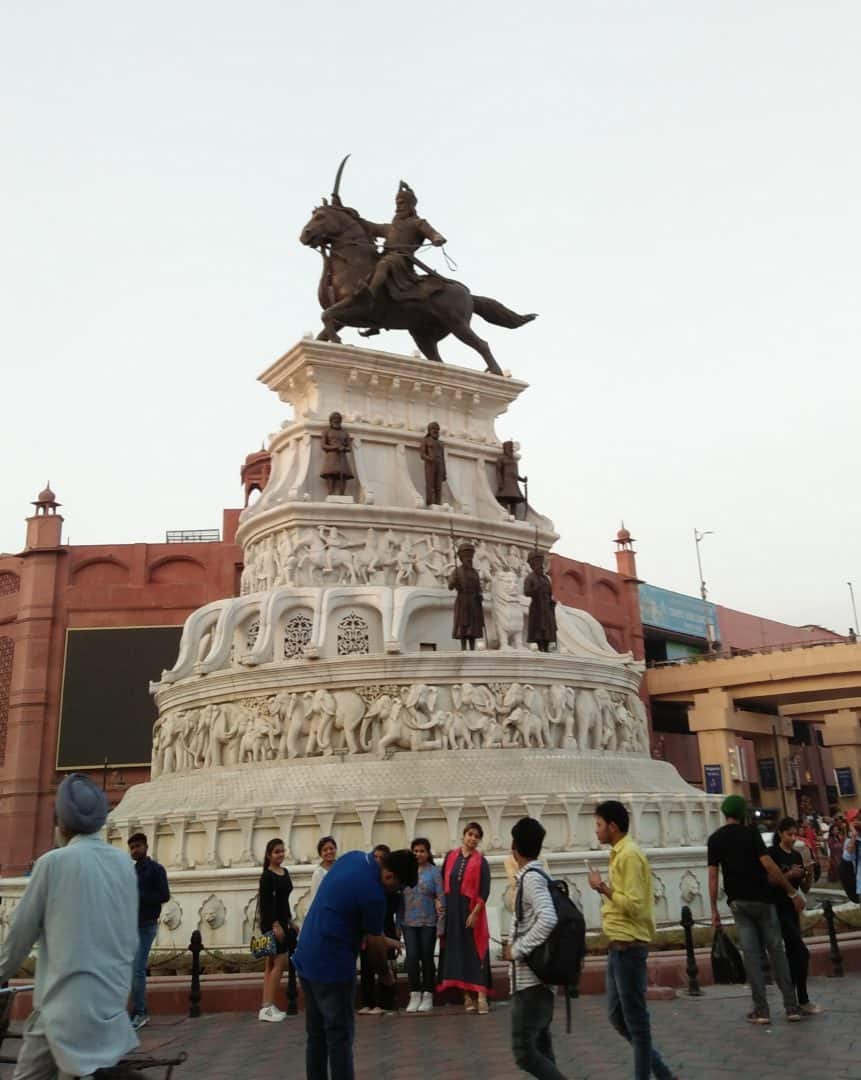 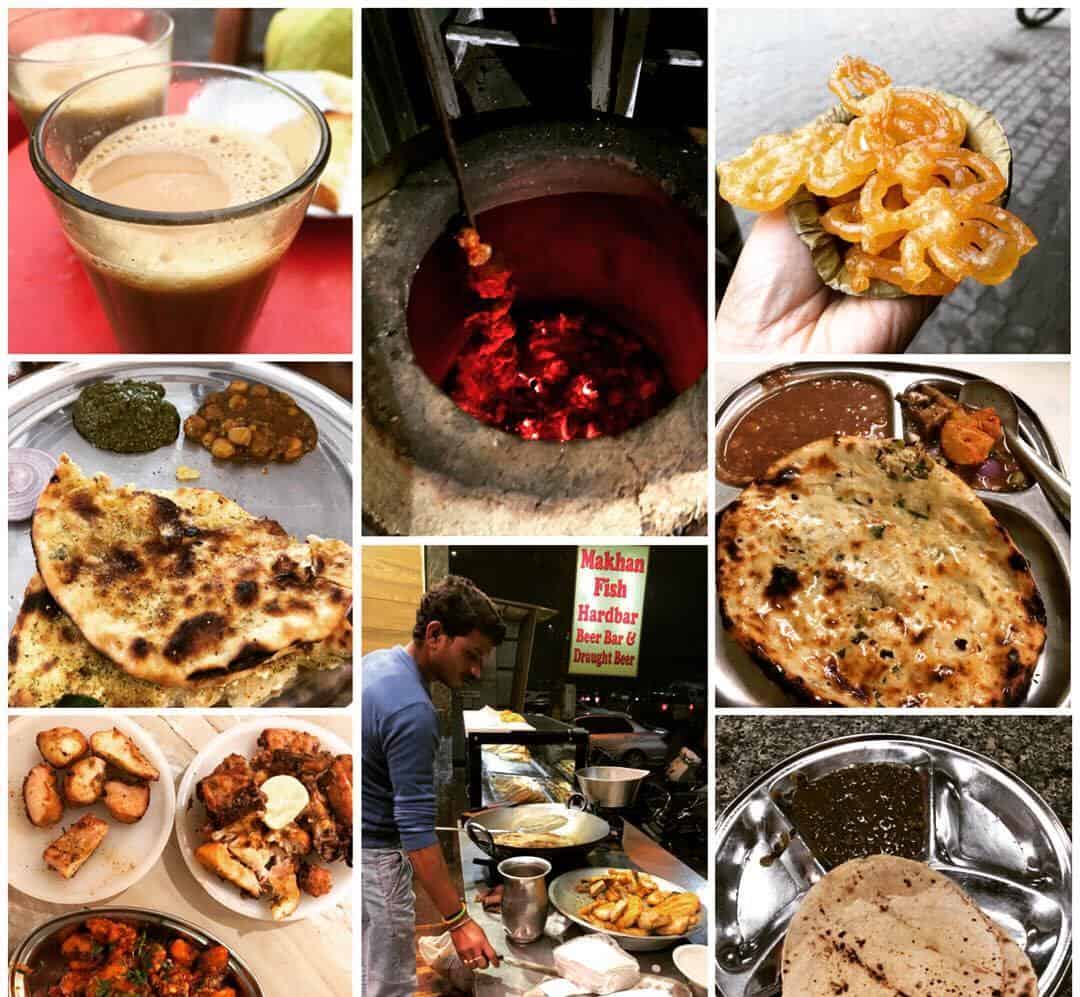 The streets of Amritsar are filled with delicious delicacies. Try them all. Photography by Arati Naik

Namrata Sarma is currently pursuing a B.A. in English, from Hindu College, University of Delhi. She hails from the land of tea leaves and one-horned rhinoceros – Assam. Namrata aspires to read every book, watch every TV series, try every cuisine, and travel to every corner of the world. She absolutely loves making greeting cards and shares an immense love for the canvas.

THIS POST ENTITLED, “GOLDEN TEMPLE, AMRITSAR: BEAUTIFUL, SERENE AND SACRED” IS AN EXCLUSIVE PROPERTY OF BUDGET WAYFARERS. ANY INDIVIDUAL OR ASSOCIATION INDULGING IN PLAGIARISM WILL BE DEALT WITH STRICTLY. IF YOU WANT TO USE INFORMATION FROM THE ARTICLE ABOVE, KINDLY QUOTE THE SOURCE.