East European Cheese has been a delight to the senses throughout the ages. Right from the era of the Roman Empire to the modern-day monarchy, east European cheese has made its way in the everyday lives of people.

East European Cheese is an integral part of the region’s cuisine and the social and cultural identity of the people in the region. While some varieties of the East European cheese are unique to the region such as the Liptauer from Hungary, some other popular cheeses are largely influenced by neighbouring countries. For example, one of the best polish cheese Lubelski is influenced by Mozzarella.

Nobody knows the exact origin of Cheese. As legend has it, cheese was first prepared and discovered accidentally when an Arab merchant put milk in a pouch made of sheep belly.  The rennet in the lining of the pouch must have combined with the sun’s heat and separated curd and whey. That is how cheese first made its arrival to the world.

East European region is mainly seen as countries bounded by culture: A cultural entity rather than countries separated by geopolitical boundaries. Having strong Greek, Byzantine, Eastern Orthodox, Russian, and Ottoman cultural influences, Eastern Europe represents a delightful fusion of traditions and styles. Due to the wide range of social, political, cultural and geographical undertones, there is no accord on the exact geographical area the region covers.

Any traveller visiting this part of the world has got to try their cheese. The choices are many and the flavours vary. Once you have a taste for East European cheese, you will not mind putting on a little holiday weight.

Other than a beautiful coastline, clear waters and sandy shores, Croatia is known to produce some of the finest cheese in the World. In 2016 and 2017, competing with more than 3000 varieties of cheese from across the globe, Croatian cheese collected major prizes for Best Central & East European Cheese.

Cheese is an inseparable part of traditional Croatian cuisine and tasting these should be first on your ‘Things to do in Croatia” list.

“The worse the cheese smells, the better it tastes” is an old saying that holds true for the stinkiest of the East European cheese, “Tvarůžky,” produced in the Czech Republic. This stinky cheese is so popular that an annual “Tvarůžky” Cheese Festival is held in Olomouc region to celebrate it.

It is a ‘must-try’ if you love cheese. If the smell is too much to bear, try their stinky cheese in ice cream!

Known to have one of the most sophisticated culinary styles in Eastern Europe, cheese might not be the first thing that comes to mind when you think about its food. However, they do make some amazing cheeses, much of which is made using cow’s milk. Hungary is also thought to make some of the oldest East European cheese dating back to the 11th century. Make sure to pick up a few on your trip here.

Romanian cheese is probably among the freshest of all East European cheese. It comes straight into the markets from countryside farms and is an indispensable part of every Romanian table. Made using ancient traditions and the best organic local ingredients, they have no harmful additives or chemicals.

Although Ukraine is not that renowned for cheese production, it is home to some of the best East European cheesemaking brands. Cheese is one of the most flavoured foods in Ukraine which is reflected by the numerous events and festivals held celebrating cheese making in the country and around the world. 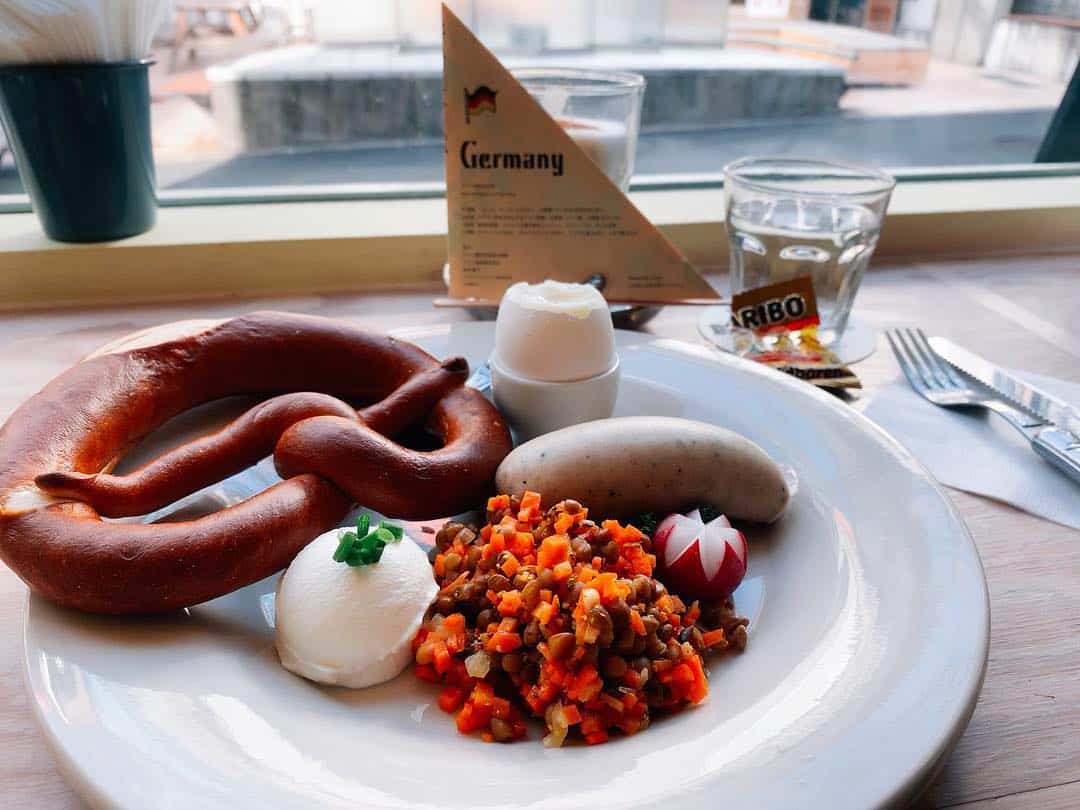 Polish cheese is not only one of the most renowned east European cheese but it is also celebrated worldwide. The Polish cheese making history dates back to 5500 BC when cheese similar to mozzarella was produced in Kuyavia region in north-central Poland.  The Polish produce a variety of cheeses with different flavours and textures. 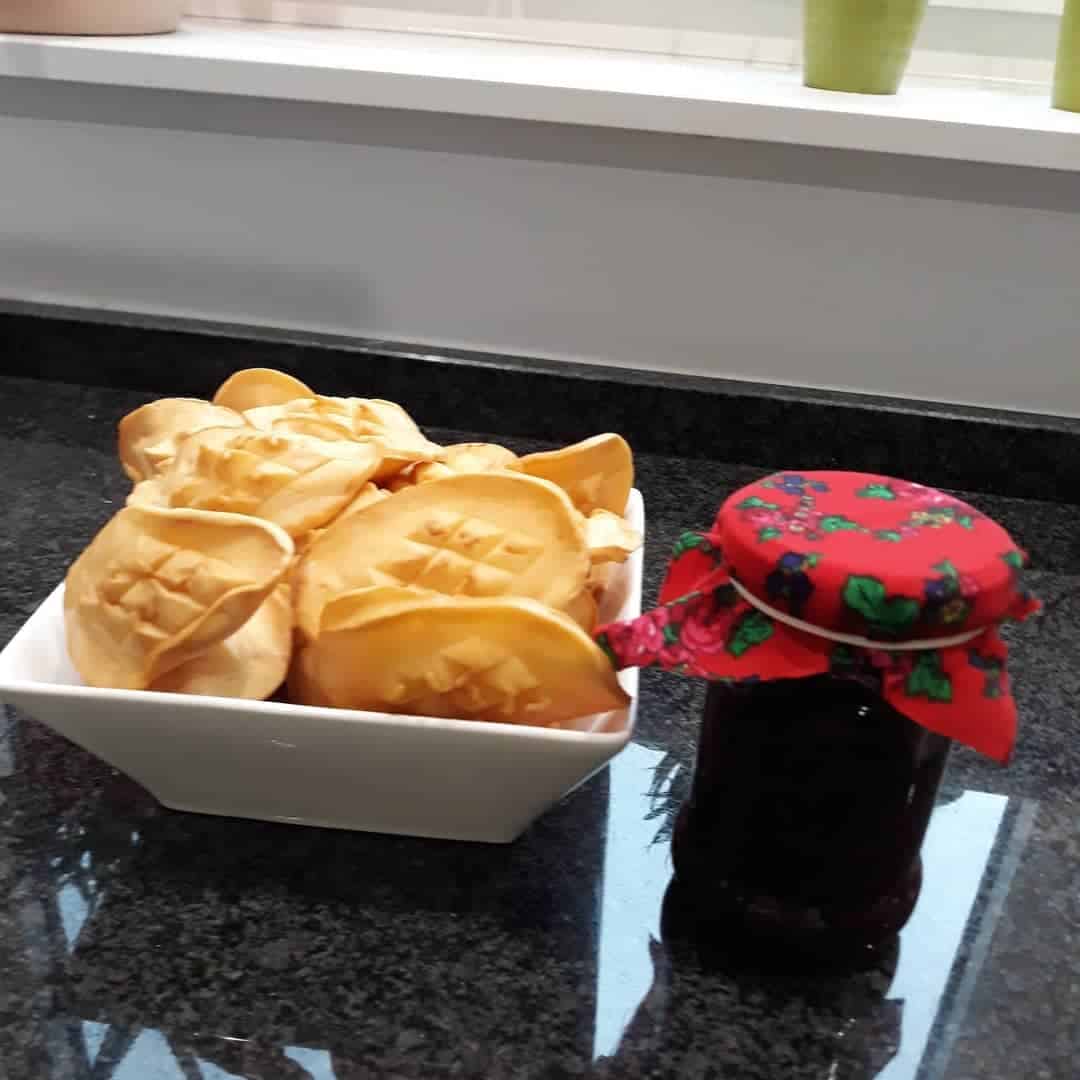 If you are not ‘that into cheese’, after returning from here, you will be! Bulgarians love their cheese and serve it with almost every meal. Be it salads, deserts, or pastries, cheese is an integral part of all Bulgarian signature classic cuisines. 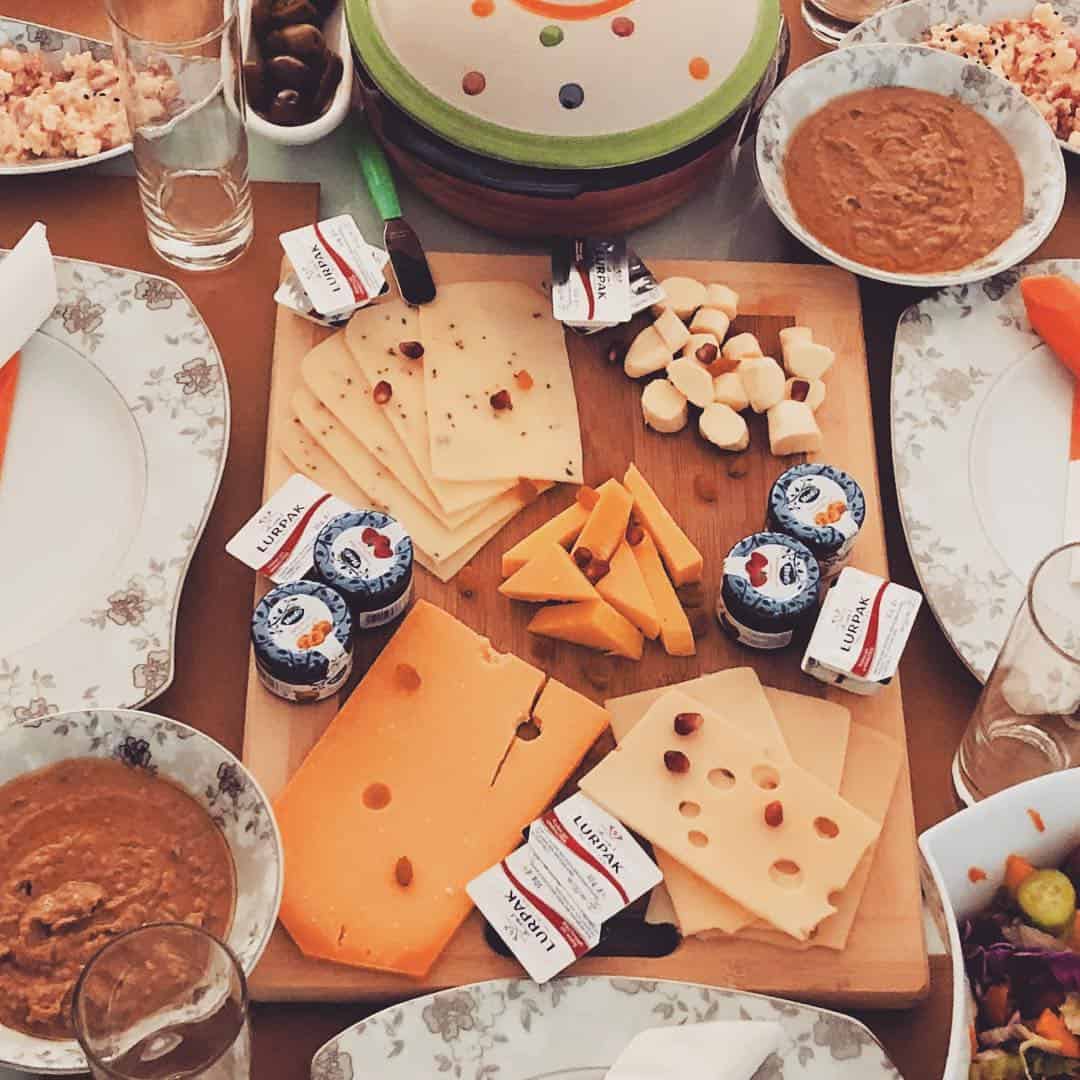 The history of cheese making in Slovakia goes back to the 14th century when people from Walachia in Romania moved here along with their sheep. Traditionally cheese in Slovakia is made in farms using sheep or cow milk. 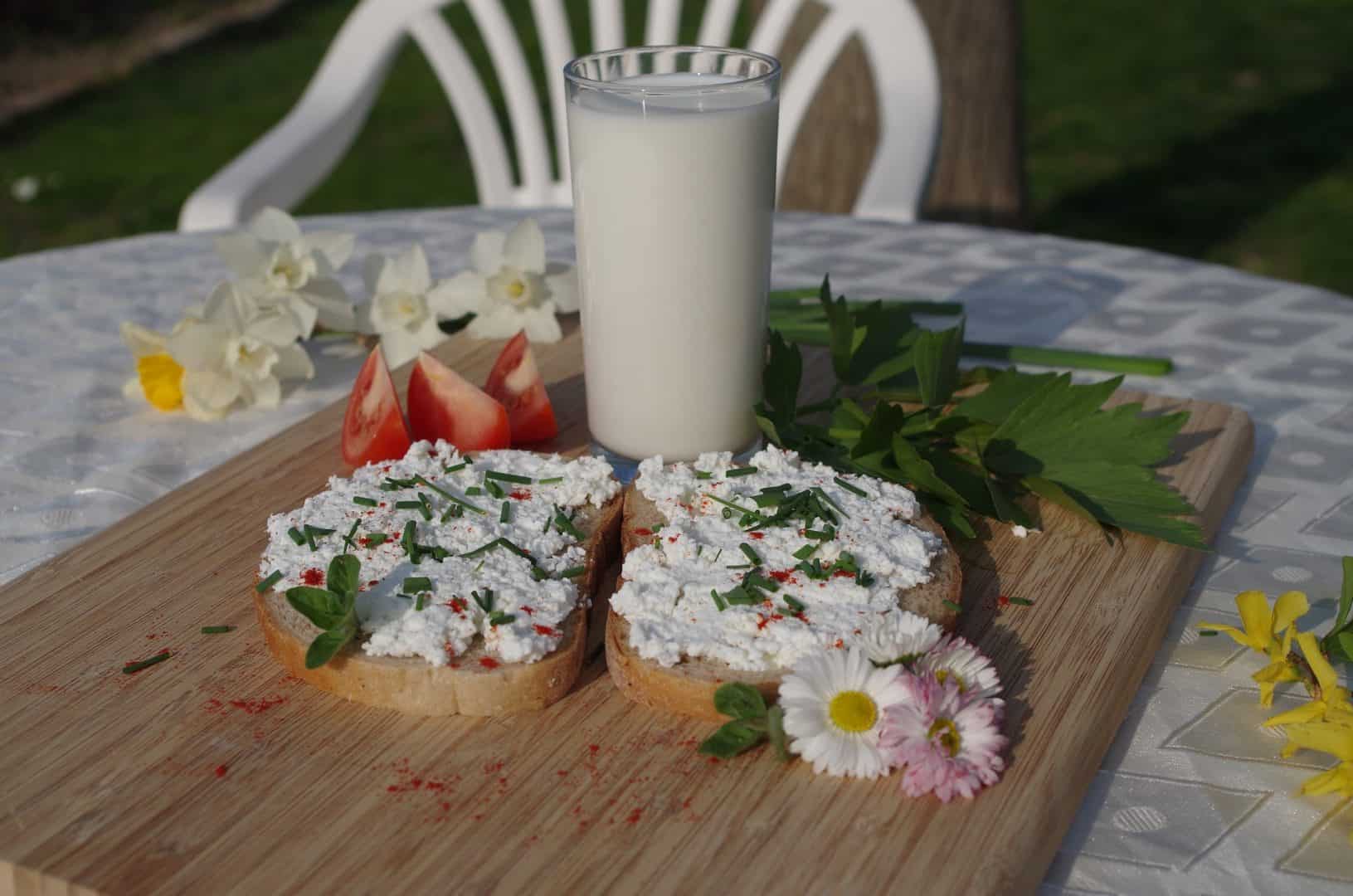 Brynza is made mainly in Slovakia, Romania and Moldova. Picture Credits: Andrea

Although not that renowned for cheese, Latvia produces a special east European cheese that you cannot taste elsewhere-theJānu Siers (Jāņi cheese) 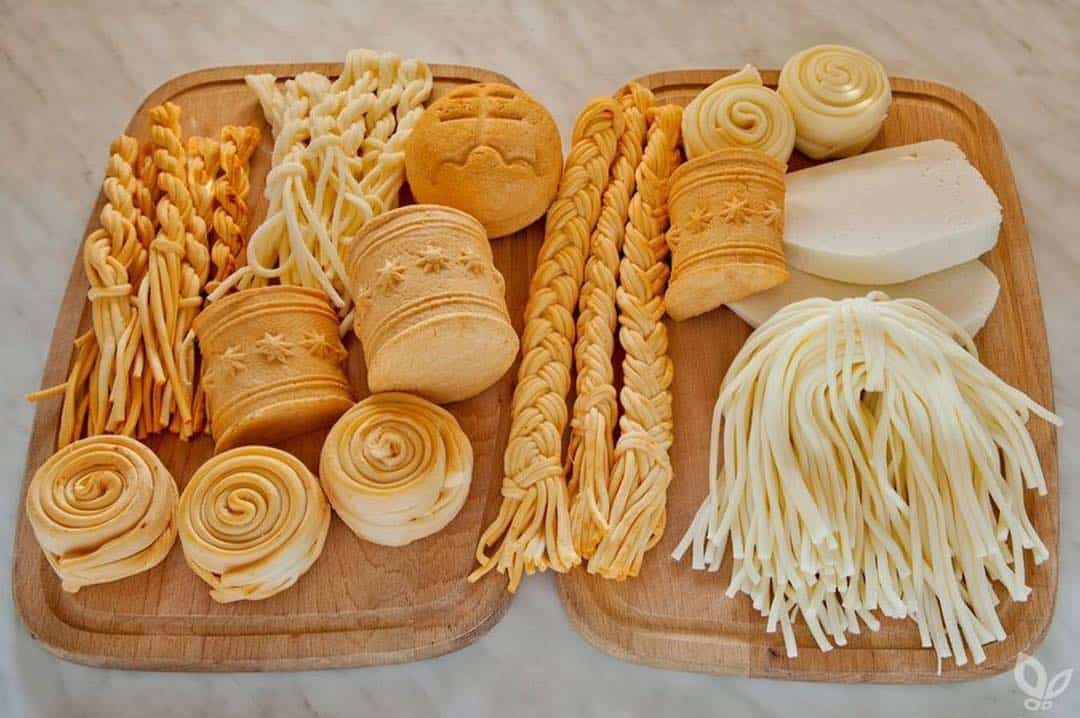 Parenica is produced in strips, woven together into snail-like spirals. Picture Credits: Slovak Embassy in Korea

We all love cheese but there are certain things, I bet you did not know

East European cheese is used and consumed in a number of ways across Europe. While some of it is served raw, some of it is used in pastries, snacks, etc. Here are a few food items that you must try on your Europe visit. 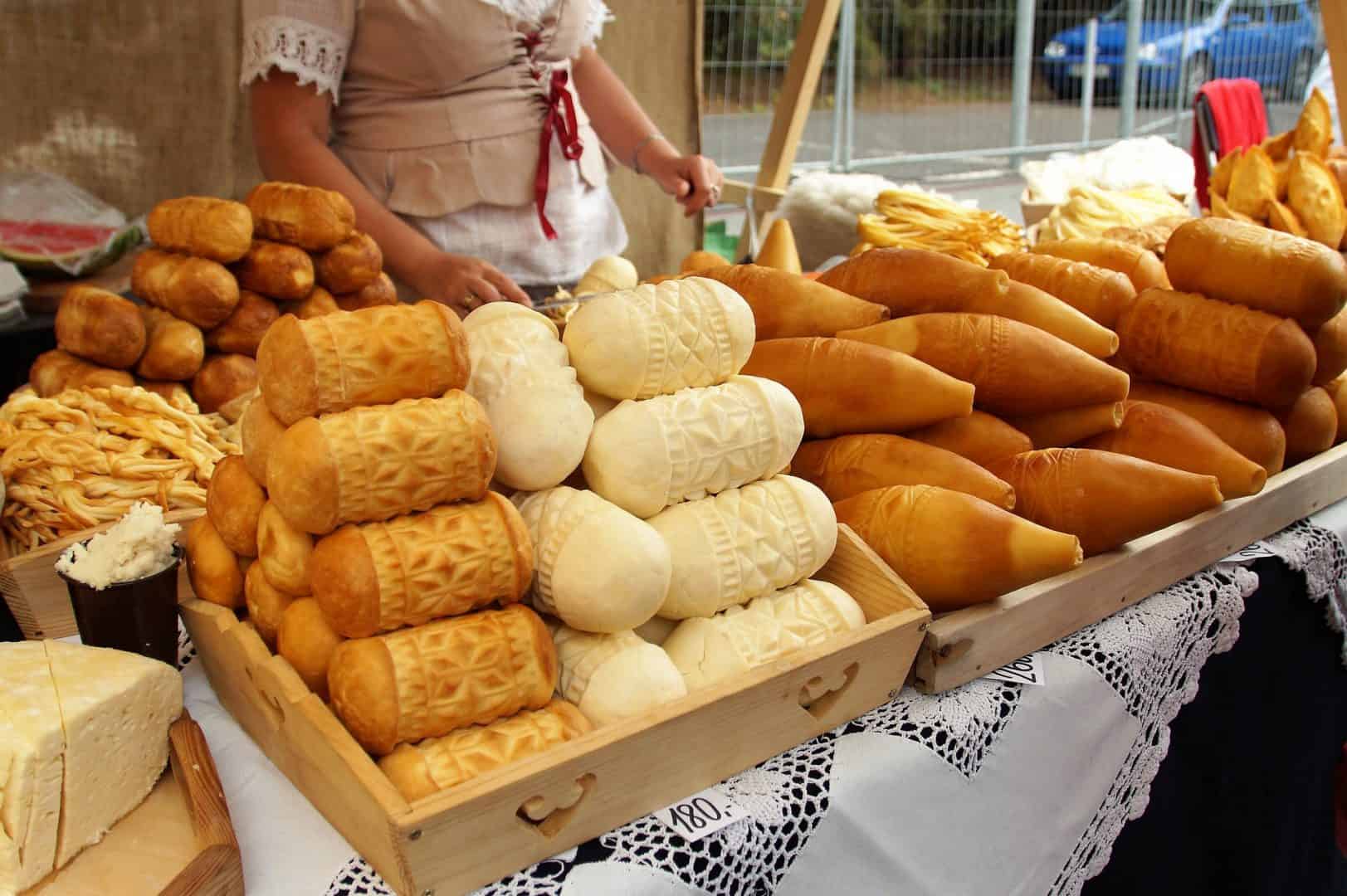 When in East Europe, do try their cheese. Picture Credits: Iva Balk

East Europe is not only about food, but it is also every traveller’s dream come true. A concoction of nature, history, art and varied cuisine, here are the top 10 places in eastern Europe you must add to your bucket list.

Plan a trip to East Europe soon and experience different varieties of East European cheese that will be a treat for your palate. Pair them up with wine, salads and fresh fruits or include them in your favourite European cuisines.

THIS POST ENTITLED, “WHILE IN EASTERN EUROPE DON’T SAY ‘CHEESE’-EAT CHEESE” IS AN EXCLUSIVE PROPERTY OF BUDGET WAYFARERS. ANY INDIVIDUAL OR ASSOCIATION INDULGING IN PLAGIARISM WILL BE DEALT WITH STRICTLY. IF YOU WANT TO USE INFORMATION FROM THE ARTICLE ABOVE, KINDLY QUOTE THE SOURCE.