Germany’s Capital Berlin: An Eclectic Array of Culture and Grit

Berlin attractions include a wide variety of experiences right from visiting Lego-land to dining at fine restaurants to even jumping off a building. From the first time you set foot in the German capital, you’ll be hooked.

Berlin attractions are a blend of magnificent historical destinations with an eclectic array of culture and prepossessing sights. Berlin, the capital and the largest city of Germany has a vibrant air which excites the souls of the travelers to admire the intriguing marvels of the city.

The German capital is known for good food, buzzing pubs, and frequently held musical concerts. The city is safe for the average traveler and exploring even to some darn neighbourhoods is quite alright.

Berlin attractions are a blend of magnificent historical destinations with an eclectic array of cultures. Photography by Tomi

How to Visit Berlin Attractions – Mode of Transport Available

Berlin has a very efficient and well-developed public transport system to move people around. Travellers can use these public transportation facilities as they connect to all the top Berlin attractions. 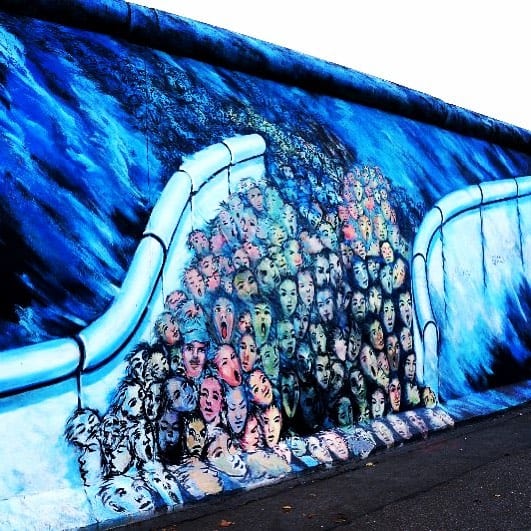 S Bahn – The swift transit local railway system in and around Berlin. Photography by Kai Gropper 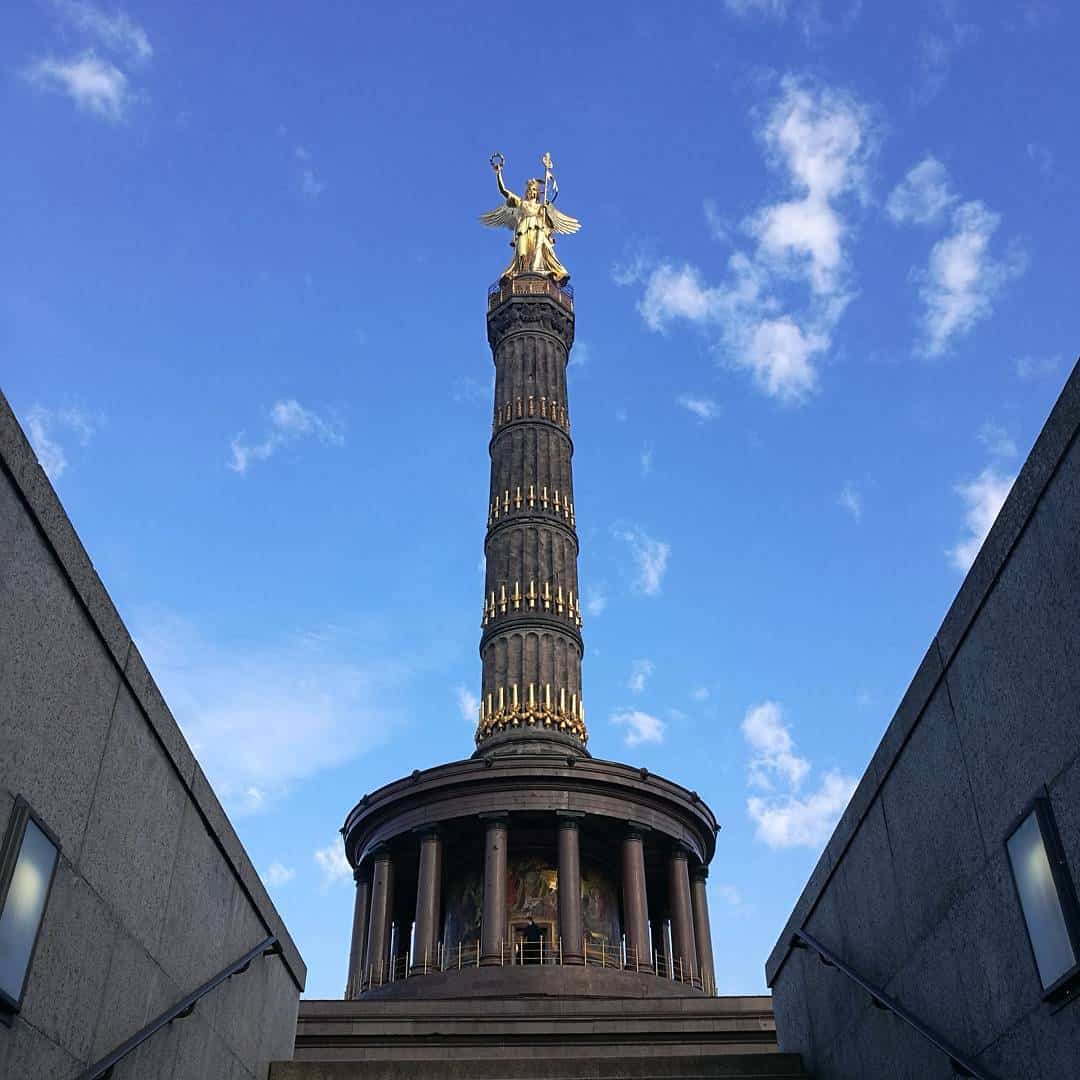 U Bahn is the most widespread underground network in Germany. Photography by Nadine K

Brandenburg Gate (Brandenburg Tor) has a great historical significance for Germany as it is a symbol of the German-German divide as well as the reunification of the divided country. It symbolizes freedom, peace and unity.

It stands tall proudly after more than 200 years of rich history. Raum der Stille (Room of Silence) located on the north wing of this majestic monument provides a relaxing place for a short break.

The restored American embassy and Akademie der Kunste (Academy of Arts) are other nearby places to visit near the Tor.

The German word “Reichstag” meaning “imperial parliament” is now the meeting place of “Bundestag” meaning “federal assembly”. It is one of the top political Berlin attractions.

The highly conspicuous glass dome is the highlight of the Reichstag building and it also has a massive solar array on its top which makes the building independent of energy. It feels as if a fountain of mirrors in erupting in the centre of the glass dome.

The best time to visit the building is shortly after sunset when the rays of the dusk laden sky fall on the mirrors of the dome making it look like a heavenly body. The visitors are now supposed to make an online reservation due to security purposes. The price of the ticket is EUR 54 per person.

The opening times of the dome are between 8.00 am and 12.00 midnight. Also, it is possible to have a guided tour of the Bundestag chamber with a prior reservation. 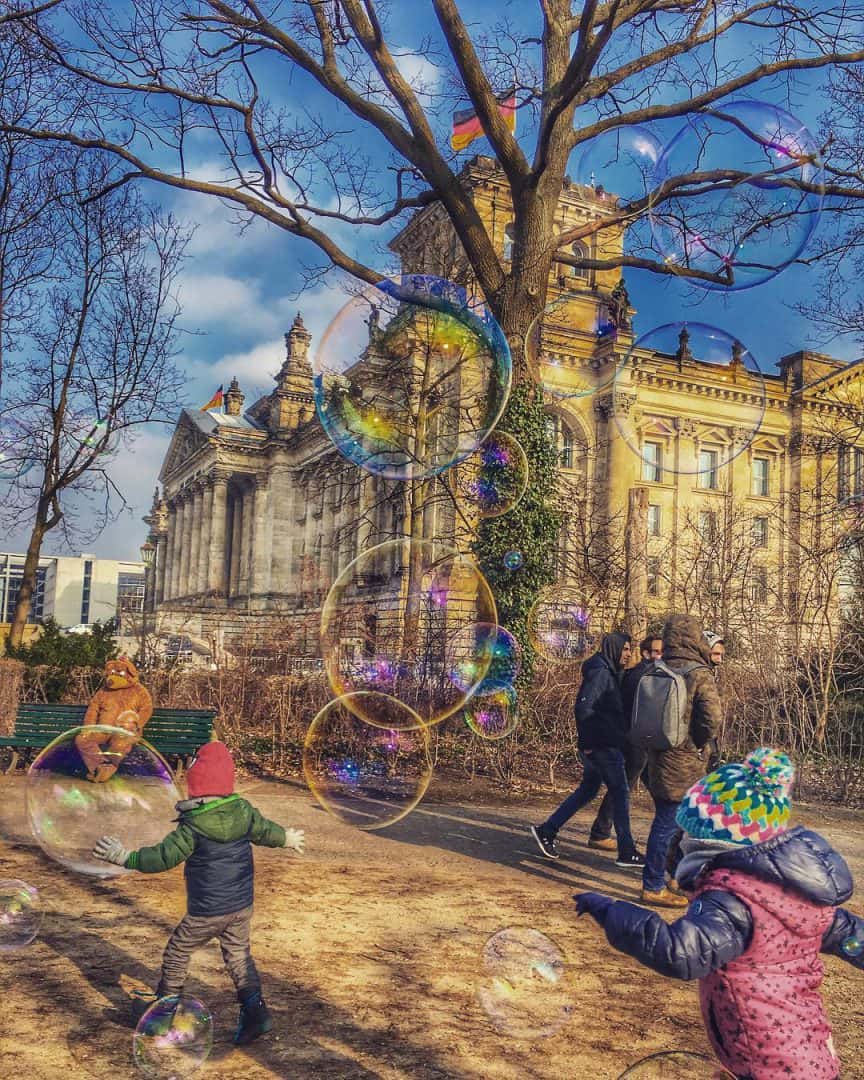 Fernsehturm, also known as the Berlin TV tower, is visible from afar and is symbolic for the city. Built-in the 1960s, this is the tallest of all Berlin attractions. It offers a remarkable 360 degrees panoramic view of the city and beyond.

The ticket prices are around EUR 14 per person. Although it is advisable to use their Fast track ticket facility and book the tickets in advance to avoid the rush.

The Berliner Dom is the biggest church in the German Capital. The cathedral was consecrated in the year 1451 and the construction was completed in 1905.

Emperor Wilhelm II desired something striking with classic Italian influences making it one of the most notable works of art and one of Berlin’s top attractions.

The ticket prices are around EUR 7 and the timings for visitation are 9.00 am to 7.00 pm. Other nearby attractions are the Berlin River Cruise and the Anne Frank Centre. 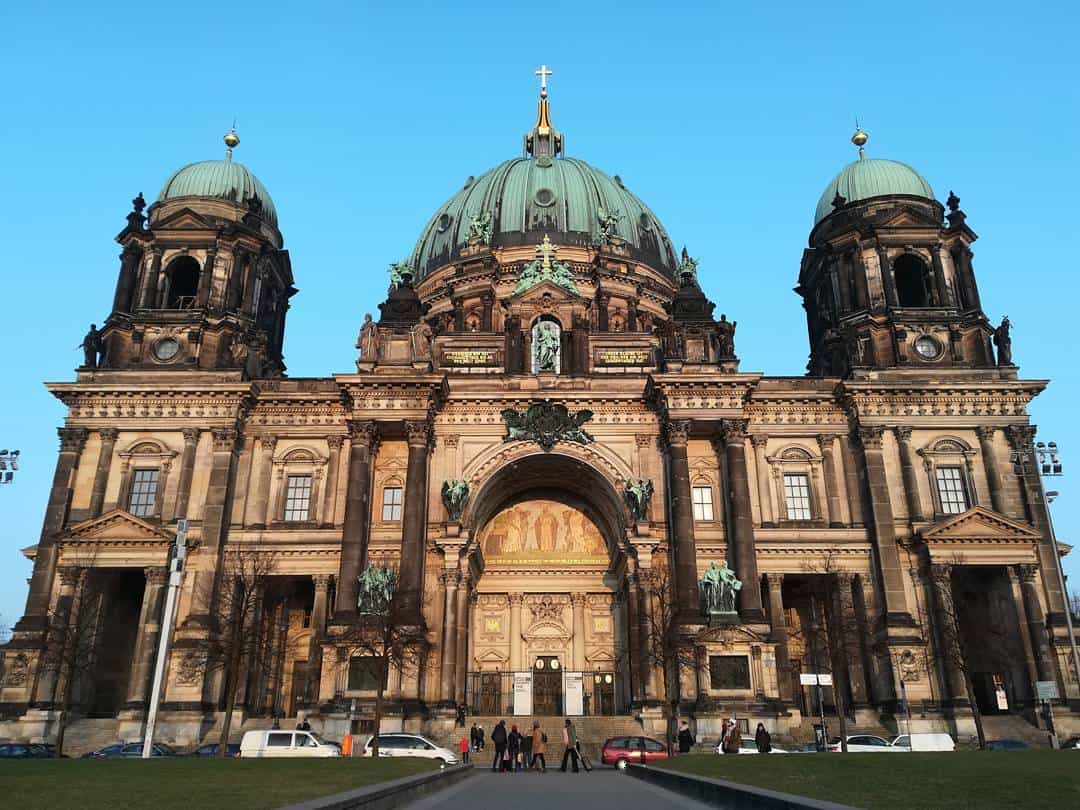 Berliner Dom is the biggest church in the German Capital. Photography by Fiorenza di Giorgio

Berlin is a city with a wall running through its heart. Berlin Wall or German Berliner Mauer was a concrete demonstration of a barrier to prevent access to the capitalist West Berlin from East Germany from 1961 to 1989. It is one of the memorial Berlin attractions.

Today, the traces of the Berlin Wall and the memorial sites can be seen all over the city. The Berlin Wall Memorial in Bernauer Strasse, the East Side Gallery and the green Mauerpark are some of the attractions here.

There are guided tours of the Berlin Wall which provide detailed information about the history of the events involving Berlin Wall and the attractions surrounding it. Walking tours, Segways and bike tours are the best ways to see the remaining sections of the wall. 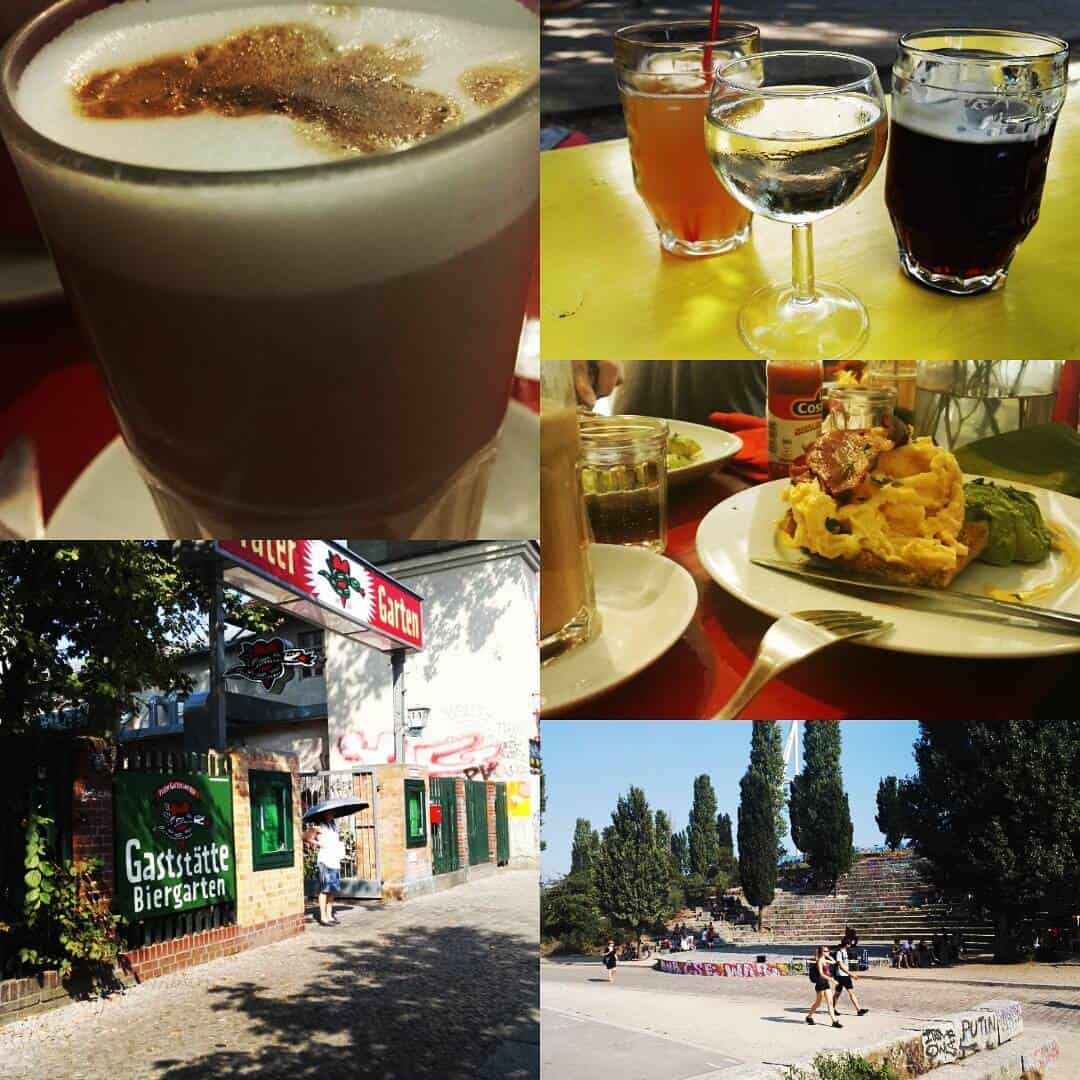 A part of the Berlin Wall. Photography by Arcer

Checkpoint Charlie used to act as one of the most significant border crossing points during the Cold War. It is one of the colossal Berlin attractions for travelers.

There is a museum, namely ‘Checkpoint Charlie Museum’ from where one can learn more about the fall of the Berlin Wall and the brave escapes endeavoured by the Germans. One can also take pictures with the border controllers. 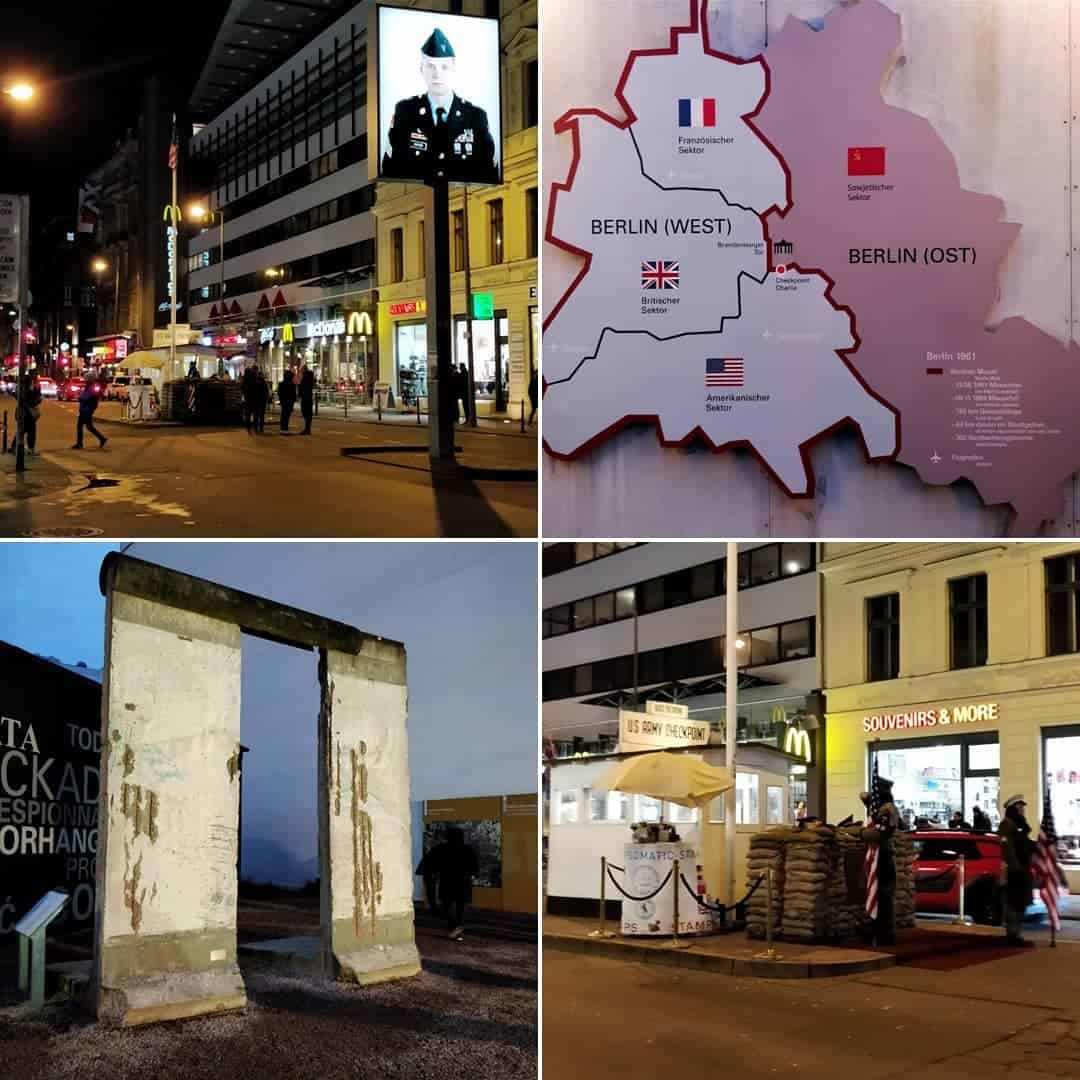 Alexanderplatz – One of Berlin’s Busiest Squares

Alexanderplatz or “Alex” to Berliners is one of the busiest squares in Berlin which is enclosed by large buildings and hotels. You will end up here at least once during your stay in Berlin as it is an important transportation hub due to the presence of a train, a bus and an underground train Bahnhof.

It is believed that approximately 250,000 people visit the square every day during the tourist season. It is one of the busiest Berlin attractions. There are many shops for shopping enthusiasts in this part of the city. The restaurants near Alex serve a variety of cuisines amidst the hustle and bustle of the travelers and the Berliners which give a very lively experience.

Alexanderplatz is very safe to travel especially for women as the police are patrolling the area all the time. Travellers are advised to keep their wallets safe while visiting the square. 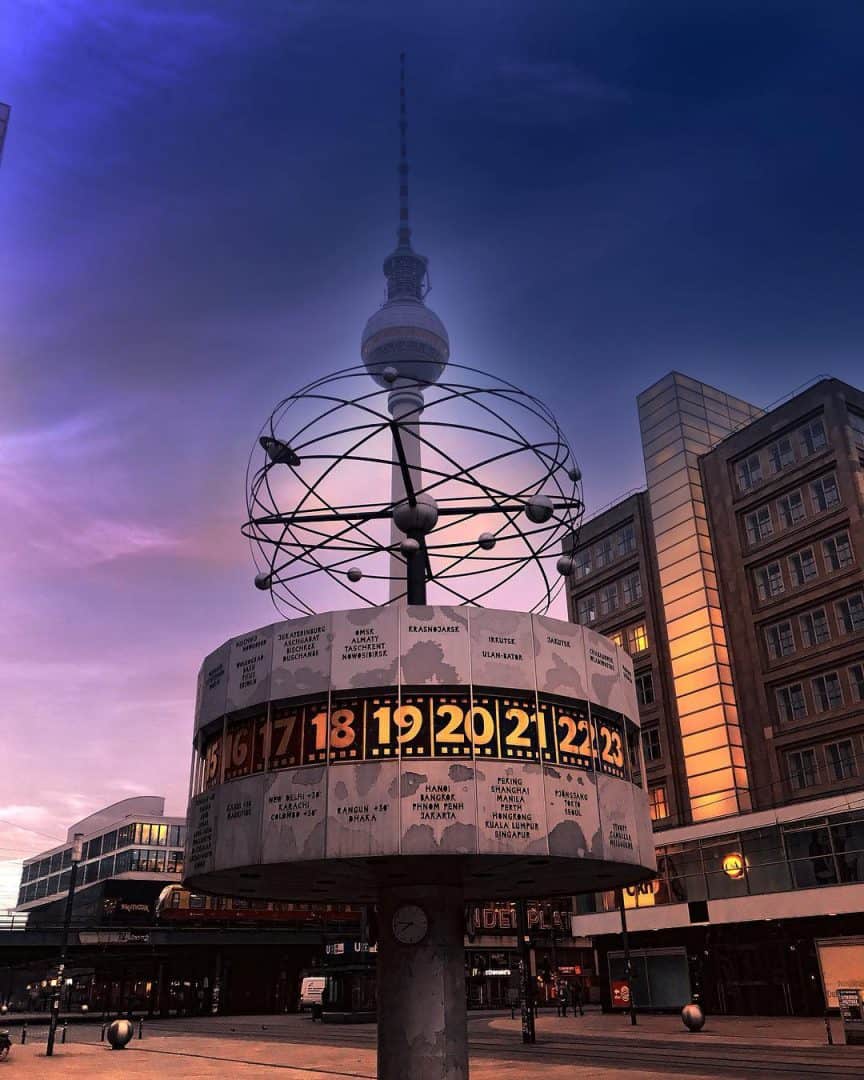 The world time clock at Alexanderplatz. Photography by Natalie Humecka

East Side Gallery – Longest Continuous Section of the Berlin Wall

The walk along this artistic section of the Wall is pure amazement which expresses a feeling of reconciliation. The Wall is filled with political statements and graffiti-like paintings.

Gendarmenmarkt – One of the Most Alluring Berlin Attractions

Gendarmenmarkt is one of the most alluring squares of entire Europe. German and French Cathedral and Schinkel’s Konzerthaus (Concert Hall) are the three stunning structures that give a captivating experience to the travelers.

The domes on the top of the German and French Cathedrals give prestige and grandeur to these two buildings. This is a great place to wander around and enjoy the atmosphere. There are frequent performances at the Concert hall and it proves to be a very animated experience. 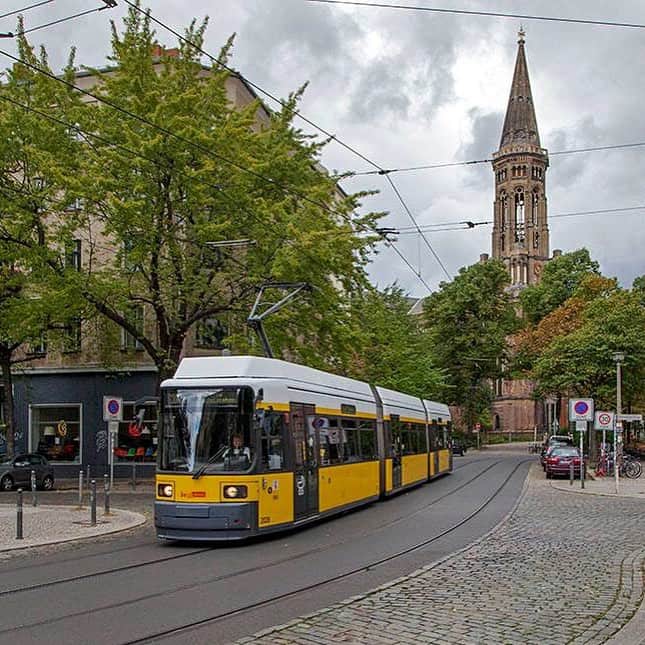 Gendarmenmarkt is one of the most alluring squares of Berlin. Photography by Alina M

Victory Tower – One of the Most Famous Berlin Attractions

The Berlin Victory tower with Victoria – the personified Roman goddess of victory stands tall in Tiergarten – Berlin’s largest inner-city park. The presence of an observation deck on the top of the victory tower offers a nice view of Tiergarten.

The viewing platform of Berlin’s famous attraction is open all around the year except on the 24th of December. The staircase doors open at 9.30 am in the morning and close depending on the season. The regular tickets for the victory column are priced at EUR 3.

Along with many engaging monuments that attract travelers, Berlin attractions include some good restaurants and Biergarten. You can enjoy traditional German food and famous craft beer at these places. 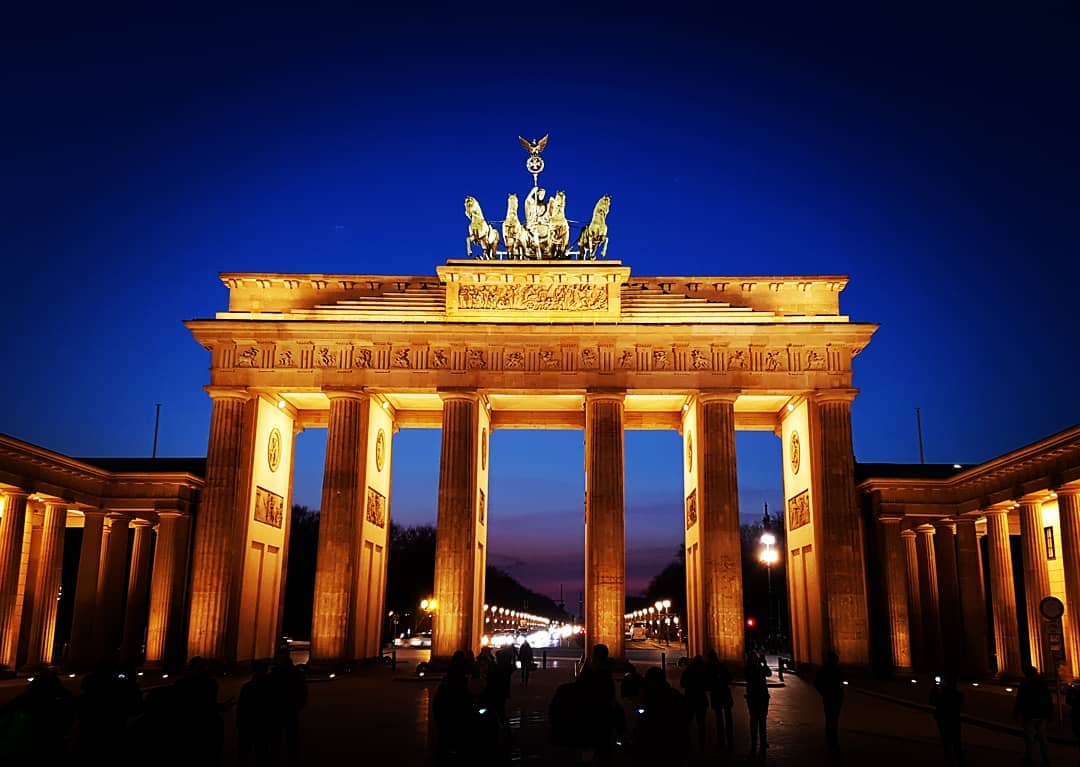 How Safe is Visiting Berlin Attractions for Travelers?

Berlin is the capital of Germany and the Germans take pride in their engineering and organization of numerous Berlin attractions. Berlin is very safe compared to other major cities of the world and the crime against visitors is least likely to happen. Berlin is very safe for women travelers.

However,  it is still advisable to remain cautious in the following aspects –

In case of any emergency at any of the Berlin attractions, keep some phone numbers handy –

Berlin attractions are visited by thousands of global travelers each year. Make sure you plan a trip soon. 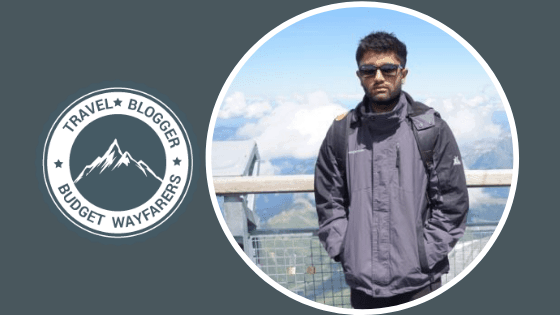 Kashish Shah, based out of Ahmadabad really adores striking explorations. He attempts to make pit stops at each bend to sip in the stories of the places. Exploding with curiosity and wanderlust in hopes of seizing every corner of the world. Kashish feels travelling can help us to keenly grasp the concealed beauty of the world and pacify our souls. He takes every opportunity to spend some time in places surrounded by forests or lakes or beautiful architecture. It seems like a beautiful mystical expedition which helps him to pause and contemplate, only to detach.

THIS POST ENTITLED, ‘GERMANY’S CAPITAL BERLIN: AN ECLECTIC ARRAY OF CULTURE AND GRIT” IS AN EXCLUSIVE PROPERTY OF BUDGET WAYFARERS. ANY INDIVIDUAL OR ASSOCIATION INDULGING IN PLAGIARISM WILL BE DEALT WITH STRICTLY. IF YOU WANT TO USE INFORMATION FROM THE ARTICLE ABOVE, KINDLY QUOTE THE SOURCE.